A dream come true – seeing lemurs in the wild…

“I’ve been a primate keeper at the zoo for coming up to nine years now-and have worked with lemurs for many years-as well as so many brilliant and vibrant primate species. It has been a dream come true. But when my name got drawn out of the magical Chester Zoo cap-which I couldn’t quite believe at first-I felt even more lucky and privileged to be able to be part of the expedition team which would be going to Madagascar and I would be able to ACTUALLY see some wild lemur species. Needless to say-my excitement was spiked! 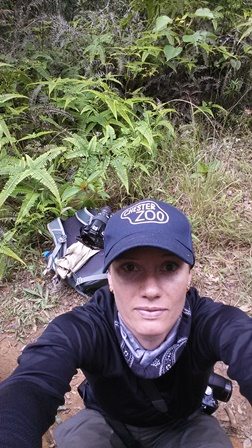 “Stepping off the plane at Tsaralalana-Antananarivo airport and walking into the arrivals/customs room-we were met with was what I can only describe as organised chaos which seemed to take a long time to get anywhere. There were so many people in what seemed to be multiple queues leading to the same desk AND I have never had my passport checked over by so many people.

“One person checked the passport-then passed it on to another person-who….checked the passport-then it was passed on again to another person who eventually stamped it. Being a South African myself-I was used to the “hurry up and wait” lifestyle in how things worked.  It was like being back home again. After finally getting everyone through customs and collecting all of our luggage and kit bags-it was time to find our coach and head in to our B&B in Tana. 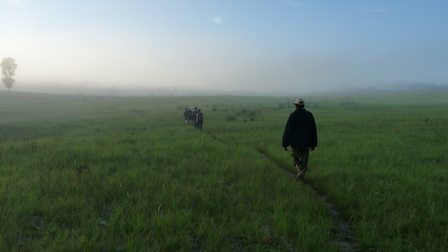 6am trek to check mammal traps

“Feeling refreshed and ready to hit the road running-the team was split into two groups. One team went to a local school to give a presentation on why Chester Zoo is in Madagascar and the work that we do at the zoo. I was part of the second team which went to the field camp to take most of the kit bags and start setting up all of the tents. As I have never been to a field station in a jungle before what my imagination had come up with was not what the reality was like. We had a pretty good field camp; our tents were undercover-we also had an ‘office’ /communal area-a dining area complete with an open planned kitchen. 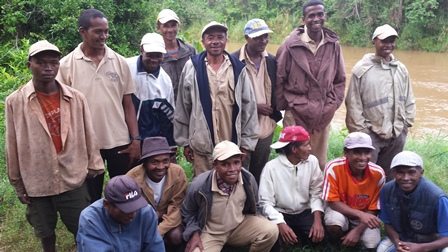 “I was even nicely surprised by the washing facilitates-two long drop toilets and two shower cubicles which was a bucket of cold river water over your head type of shower (this was a treat after being out in the field for long periods of time in the jungle/forest in humid and very hot temperatures (one day the temperature got up to 43°C).  The long drops after a while….let’s just say it was best to go at night-not as many flies about and less chance of accidentally looking down the hole!  Unless-you wore a head torch that is! 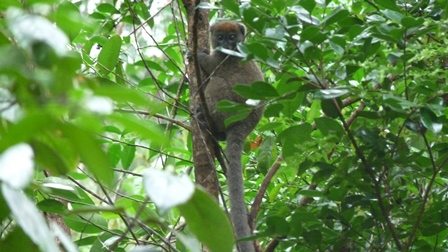 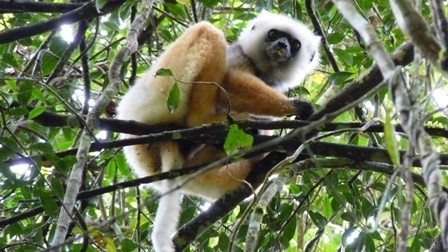 “Our days were filled with 5am wake ups and trekking through thick forest and clambering up and along mountains-looking for lemur and bird species. The local guides who came out with us every day are COMPLETE machines.  Never stopping to take a break or catch their breath and the knowledge that these men have about the area and the animals which live in it is awe inspiring. They made our trip all the (more) better. 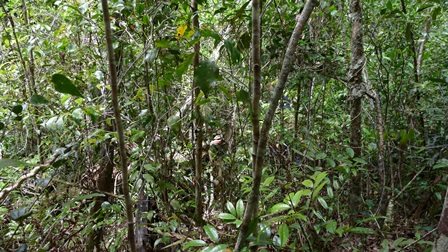 Can you spot us in the field?

“Three  highlights were Mr Vercoe doing his Taylor Swift/gibbon dance (a must see)-unbeknown to us all we became a snug little home for a jiggers infestation and last but not least what made me grin like a Cheshire cat for the whole day was seeing the back end of a black and white ruffed lemur. They are critically endangered and found in mid-altitude rain forests in eastern Madagascar and to catch a glimpse of one of these endangered lemur species was like winning the lottery!

“There is just too much to write about this trip and not enough space to do it in. All in all it was an awesome trip and I have met so many wonderful people from the local village-the staff from Madagasikara Voakajy-the field guides at camp and also carrying out fieldwork which I never thought I would get the chance to do!”

Want to see more photos from our teams working in the field and our conservation projects around the world? Follow us on Instagram to see more.