A trip to paradise 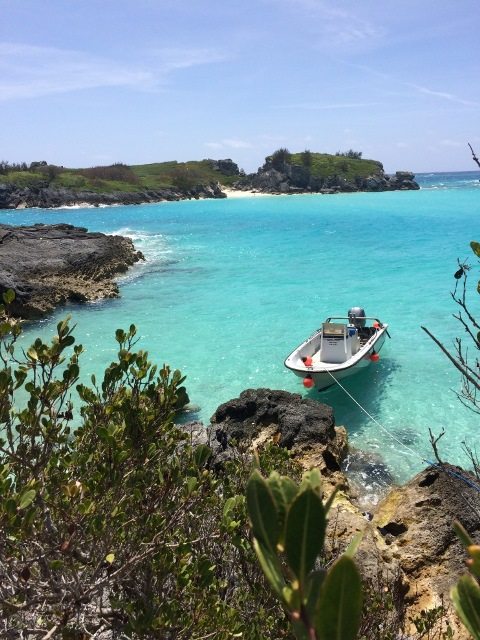 Chester Zoo is lucky enough to be involved in an exciting project monitoring a population of skinks on the island, working closely with the Government of Bermuda’s Department of Conservation Science, who run the project.

The main aim of the project in the field is to get a more comprehensive understanding of population numbers across the whole of the island. At the moment, populations have been monitored in pockets all over the island but in order to understand the status of the Bermuda skinks, we need to know how many there are! One thing is for certain though, this species is in decline so it is even more important to know how many there are and where the healthy populations exist.

A Bermuda skink basking in the sun

Chester Zoo’s curator of lower vertebrates & invertebrates, Gerardo Garcia, travelled out to Bermuda earlier this year to lend his expertise to the project on marking and sampling techniques for the skink. Helena Tunrer, a student from the University of Kent, together with Dr Mark Outerbridge, from the Department of Conservation Science, is undertaking a capture-mark-recapture census to determine the numbers of skinks all over Bermuda. 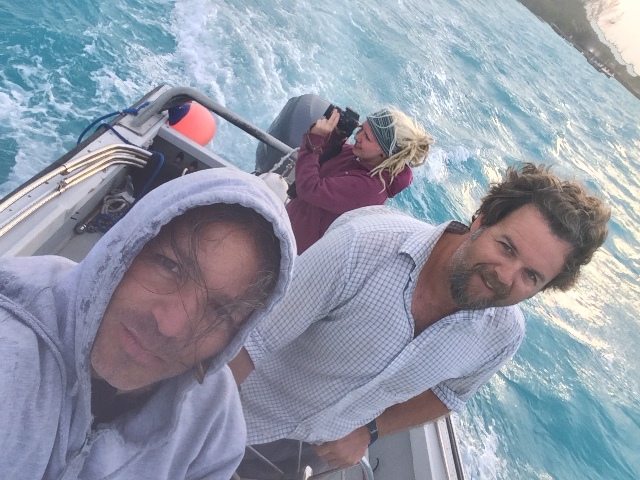 Helena, Mark and Gerardo making their way to one of the field sites 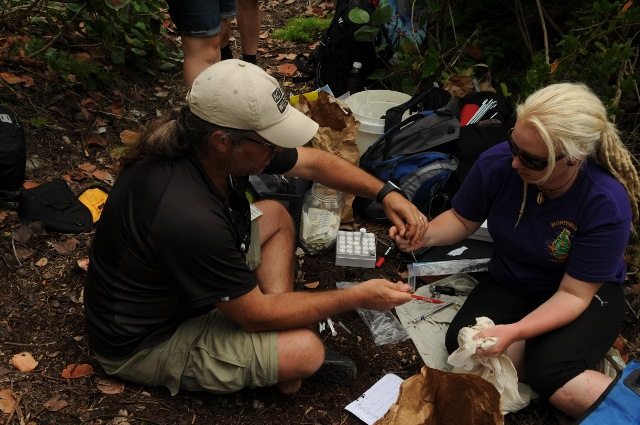 Gerardo and Helena working in the field

Prior to Gerardo’s visit, the method of marking captured skinks involved using a small paint dot to leave a visible mark on the back of the skinks that were caught in the traps left out for them – large jam jars!

With Gerardo’s help, the team have adapted their marking technique to involve micro-chipping the skinks. This will not only allow the team to tell whether or not the skink has been caught before but will also allow them to distinguish between individuals. This new information means the team can plot movements of individuals, giving a much more detailed picture of the ecology of these critically endangered lizards.
Skink having its microchip read

The population estimation component of the species recovery plan is just the tip of the iceberg. Chester Zoo is also facilitating several other projects. One project being run by Manchester University, led by Prof. Richard Preziosi, will be using genetic material collected by conducting mouth swabs on the skinks to provide information on the genetic diversity of the various populations, while another project being run by Valencia University in Spain, is collecting data on parasites found on the skinks.

These Universities are also working with the Department of Conservation Science and Mark Outerbrige will assist in collecting data from the skinks for these projects for the duration of the skink’s active season. 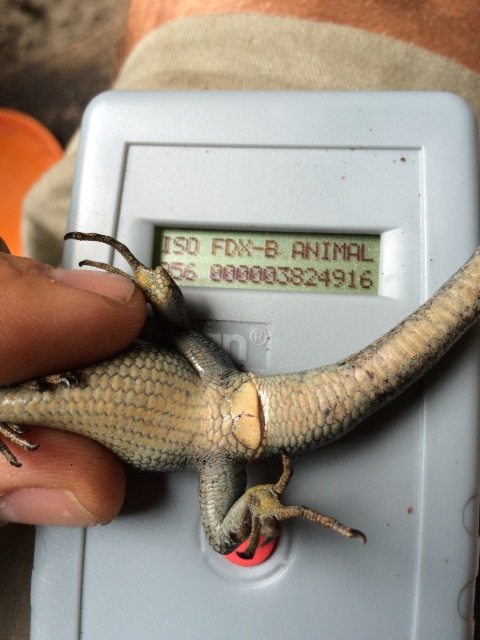 With all of these projects collecting vital information, it won’t be long before we have a more informed picture of the Bermuda skink population and better informed population management strategies can be put into place.

Gerardo will be providing us with a personal update from his trip shortly and with another expedition planned towards the end of 2015, there will be plenty of news for us to report on so watch this space!