Chester Zoo was awarded a total of THREE gold awards this year across a range of specialisms. Here’s an overview of the projects that picked up awards:

Conservation Scholar Luiza Passos has been working with the golden mantella, a small critically endangered orange frog endemic to Madagascar, for four years.  This colourful species is mainly threatened by overharvesting for the pet trade and by habitat destruction due to legal gold mining.

Luiza’s PhD with the University of Salford supported the conservation work we’re carrying out on the ground in Madagascar, with our partners Madagasikara Voakajy, as well as the work our keepers are doing to protect the species at the zoo.  Her research involved measuring the characteristics of golden mantella to increase our understanding of when the optimum time would be to potentially release individuals into the wild.  Luiza says:

“Receiving a BIAZA Gold Award is a great recognition that we are working on the right direction to improve amphibian conservation.  This prestigious award is a boost of energy for us to keep working to protect endangered frogs!” 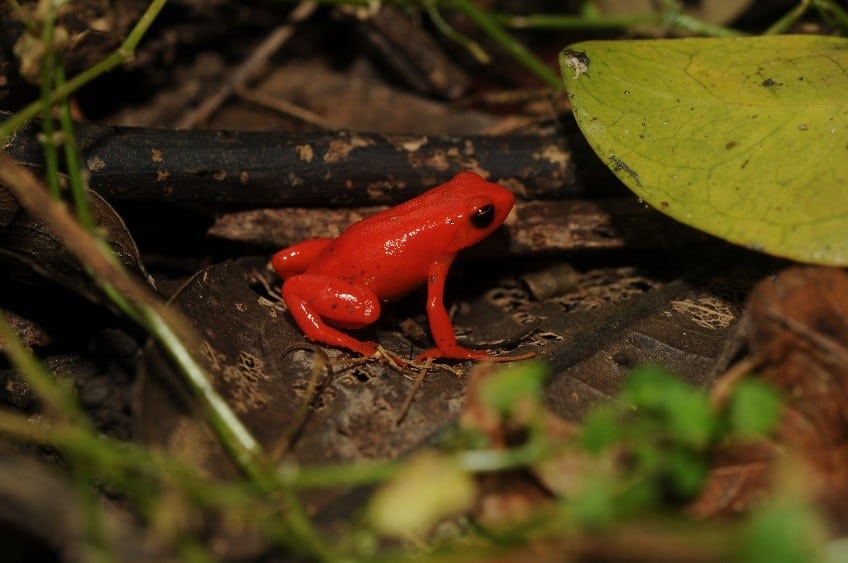 Species in the UK are under threat and increasing pressures on the natural world is pushing the wildlife that lives in our communities to the brink of extinction.  Knowledge and appreciation of the species that share our living space is decreasing rapidly, which puts the future of wildlife at ever-greater jeopardy.

To combat this challenge we have developed a community engagement project called Wildlife Connections.  Through this campaign, we have ran a training course for community group leaders to provide them with knowledge, skills and inspiration to improve their area of green space for native species and ideas for how to get their group members or local community involved in conservation!  Hannah Brooks, Community Engagement Manager says:

“I’m incredibly proud that this project has won a BIAZA Gold Award!  It’s fantastic that the Wildlife Champions, who are amazing individuals doing great things within their local community have been recognised for the work that they’re doing. This has all been made possible thanks to the training and support that we provided. I’d also like to say a really big thank you to Heritage Lottery Fund who supported this project.” 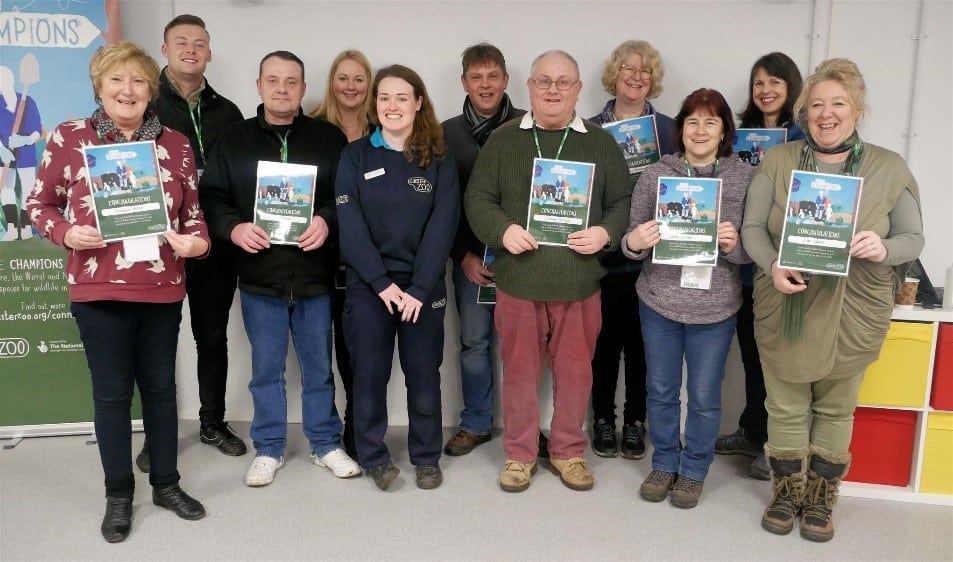 We’re a major partner in the Pine Marten Recovery Project being run by The Vincent Wildlife Trust (VWT). Pine martens are thriving in Scotland, but in England and Wales the population is in danger of extinction. The overall aim of the project was to restore viable, self-sustaining populations of pine martens to England and Wales where habitat and other conditions are suitable.

“Chester Zoo is a vital partner in The Vincent Wildlife Trust’s pine marten species recovery project, and this award recognises the success of this ambitious project to return the native pine marten to mid Wales.”

The success of the translocation and the progress of the animals were then monitored closely with camera traps, radio tracking and field surveys!  Sarah Bird, Biodiversity Officer said:

“I am thrilled that our work with the Vincent Wildlife Trust to help pine martens has been awarded a gold award by BIAZA. It is an exemplary project that is really setting standards for reintroductions of carnivores in the UK. It has been a pleasure to work with VWT and other partners on this charismatic and beautiful native British mammal – well done everyone!” 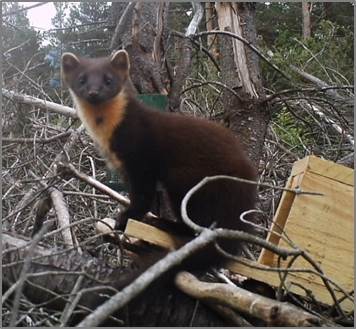