Commemorating 10 years of working in India 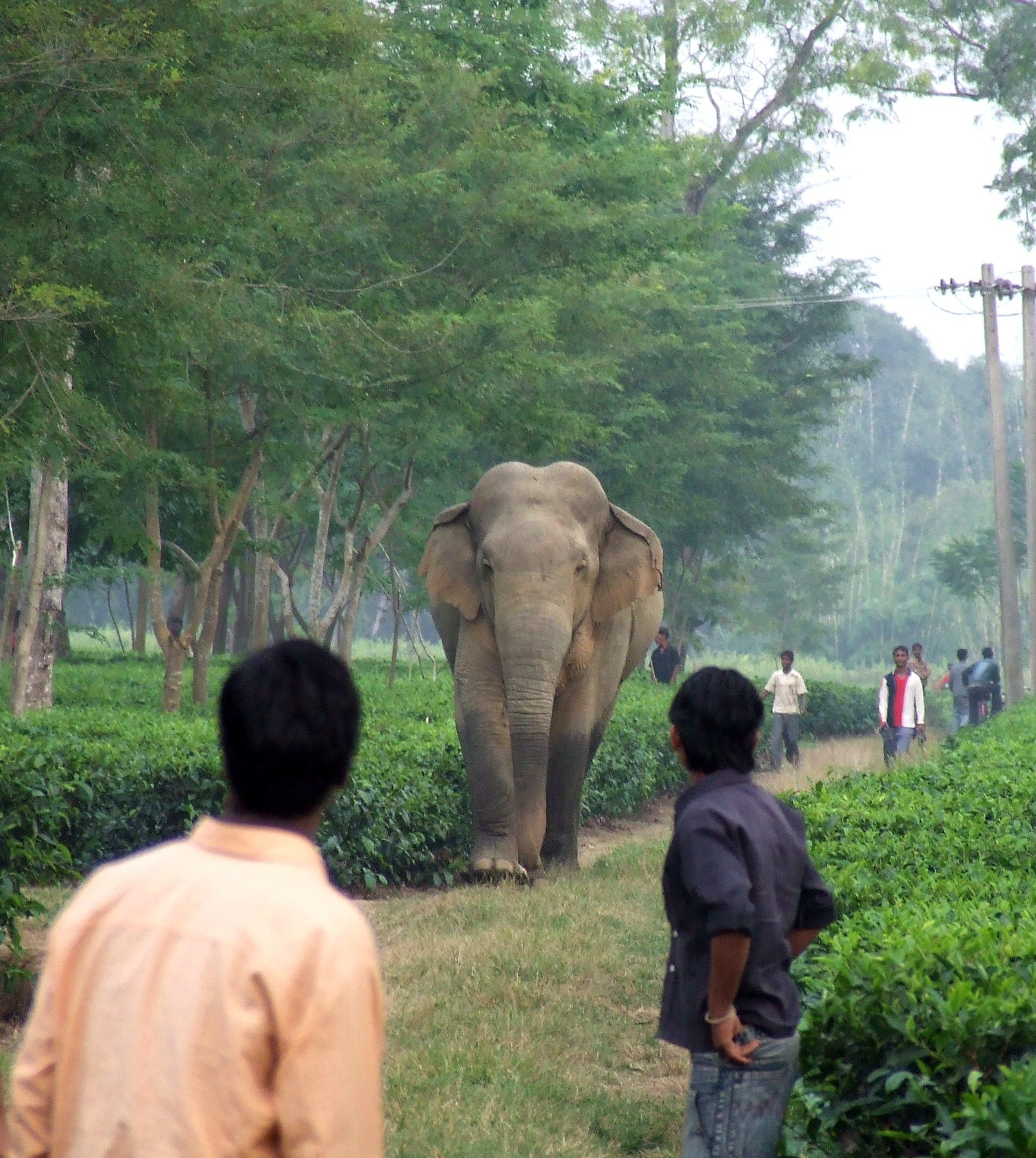 2014 marks the 10th year of our Assam Haathi Project (‘Haathi’ is Hindi for elephant) – a project set up to help protect people and elephants.

Located in the north-east region of India-Assam provides one of the last remaining strongholds of the Asian elephant – so-the conservation work being carried out here is vital-not only for the elephants but also for the local communities.

The conflict between people and elephants is a major threat to the future of elephants in Asia and is happening as result of human activities such as deforestation. The project was established with the aim of helping people in Assam live safely alongside wild elephants.

Which is easier said than done!

Asian elephants live mostly in forests and can travel long distances and through a variety of different habitats to find food and water. Due to their large size they need plenty of food and water – 150kg of fresh forage up to 200litres of water each day!

Asian elephants are an endangered species with around 30,000 left in the wild – which is a tiny number when you consider that Assam alone has a human population of nearly 31 million! Assam is home to around 5,000 of these elephants-so the region is an important focal area for conservation activities.

The main threat to Asian elephants is the loss of their habitat as much of Assam’s forests have been cut down to be replaced by villages and crops. Elephants therefore increasingly venture into agricultural areas-and their crop raiding activities cause conflict. Sadly-this is common activity and is proving to be a severe threat to the survival of elephant populations and the livelihoods of the local communities.

What is human-elephant conflict?

In a nutshell-human-elephant conflict (HEC) is what happens when elephants are a direct and regular threat to a community – whether that’s a threat to their safety or their livelihoods – and the people then retaliate by harming the elephants.

This is an extremely serious problem as the conflict results in people and elephants being killed each year!

Big areas of forests are being lost throughout Asia as a result of agricultural expansion which is destroying elephant habitat pushing them to move through populated areas occupied by people’s homes and crops.

In the main it is a competition for resources in which people and elephants are struggling to share.

A major cause of HEC is down to elephants eating or trampling crops-or damaging buildings as they look for food or water. These can lead to injuries and even death of villagers as it tends to happen during the night when communities are most vulnerable.

The loss of crops and homes has detrimental financial impacts on the villagers as well as leaving communities feeling stressed and in fear that it may happen again-and again. This leads people to retaliate as they are desperate to defend their livelihoods and well-being and will use any means necessary-including the use of firearms-traps and poison – which you can imagine-doesn’t end well!

Elephants travel in herds along established routes within the forests which can alter quickly as agriculture and people dominate landscapes – making it harder for elephants to find water-food or other essential resources.

So what’s the plan?

The Assam Haathi Project is a long-term project that has and is continuing to work with a number of different districts across Assam that are seriously affected by HEC. The project involves local communities to develop and implement methods to reduce HEC and enable them to co-exist with elephants.

Together with these communities we have implemented a range of methods to help keep elephants and people from harm.

Over the next couple of weeks we will share with you what the project has achieved in 10 years and more details about the work being carried out and introduce you to some of the people who work on this programme.