Deep in the forests of Madagascar…

We’re working with our partners Madagasikara Voakajy (MaVoa) on a number of vital projects to help safeguard the diverse range of wildlife on this unique island. The stunning habitats are in a fragile state as deforestation is threatening to wipe out hundreds of species. Some species are also threatened by the international pet market. 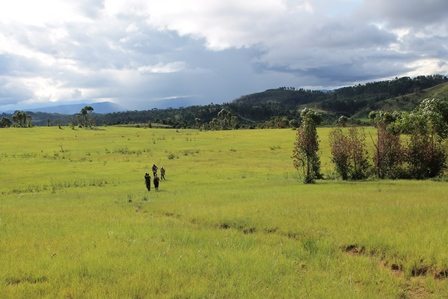 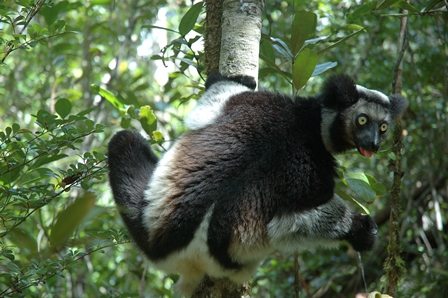 Our Chester Zoo expedition team have recently returned from Madagascar where they spent two weeks in the remote Mangabe forest with the MaVoa team. They were lucky to call the 27,000 hectares of forest their home as they returned to their tents at the end of a hard day of manual labour.

Running through the forest are many small rivers, streams and ponds and this is where we’ve been spending time researching one of the smaller, often overlooked species of Madagascar: the golden mantella frog. The forest is home to the only remaining population of this critically endangered species.

We know the golden mantella needs healthy rainforests and clean freshwater ponds to thrive but its habitat is at risk due to logging, mining and a slash and burn agriculture. Despite the size of this species, the threats it’s facing are huge!

“To summarise the threat to golden mantellas: they’re in conflict with people in general. Rice is the main dish in Madagascar and all across the country people grow a lot of this crop! The ponds the frogs rely on are also one of the best types of conditions for growing rice. So, local people tend to convert the ponds into rice fields; and one of the traditional ways to plant rice in this area is the slash and burn agriculture: chop down forest, burn it and then plant the rice.”

Over the past few years we have concentrated our conservation efforts in Madagascar on this tiny species of frog (they’re less than two grams in weight and only one cm in length!) conducting important research into their population size.

That’s why the main focus of this year’s expedition was continuing with population surveys of the golden mantella using a technique that Chester Zoo’s curator of lower vertebrates and invertebrates, Dr Gerardo Garcia, developed.

As they are so small and don’t have natural markings, it’s almost impossible to identify individuals. The elastomer marking technique involves using implanted fluorescent silicone under the skin of the frog making it easier to identify whether they’ve been recaptured. Getting more accurate results is vital to finalising a long term plan into how to manage and protect the population of golden mantellas in the wild.

Prior to the expedition the team we’re given some intensive training in frog handling techniques and getting to grips with the elastomer marking. Carrying out this activity involves great team work! Read more about the training that took place prior to the trip, here.

The team were non-stop for two weeks and we have so much to share with you – read more blog updates from the team here.

JOIN THE FIGHT BY SIGNING UP TO OUR NEWSLETTER