A series of workshops on installing electric fences was led in partnership by Chester Zoo and Ecosystems India in our Living with Tigers project sites in Nepal in an effort to mitigate human-wildlife conflict within local communities in Chitwan and Bardia as wildlife are proving a serious challenge in growing crops in the region.

The workshops provided the opportunity to transfer human-wildlife conflict damage control method technical skills gained in India as part of our Assam Haathi Project to Nepal. The project, funded by two Darwin Initiative grants between 2007 and 2012, had shown that electric fences were a highly effective deterrent measure to mitigate human-wildlife conflict and curb crop loss, property damage and human casualties in over 100 communities across Assam.

Chester Zoo’s electrician, Andrew Adderton, and Anjan Baruah and Ripunjoy Nathwas from Ecosystems India were part of the team that delivered two-day workshops in four Nepali villages: Madi, Kalabanjar, Patabhar, and Ramvapur, with which our Living with Tigers project also works in addition to giving presentations to the local communities, he also provided practical sessions explaining how to install and maintain electric fences. 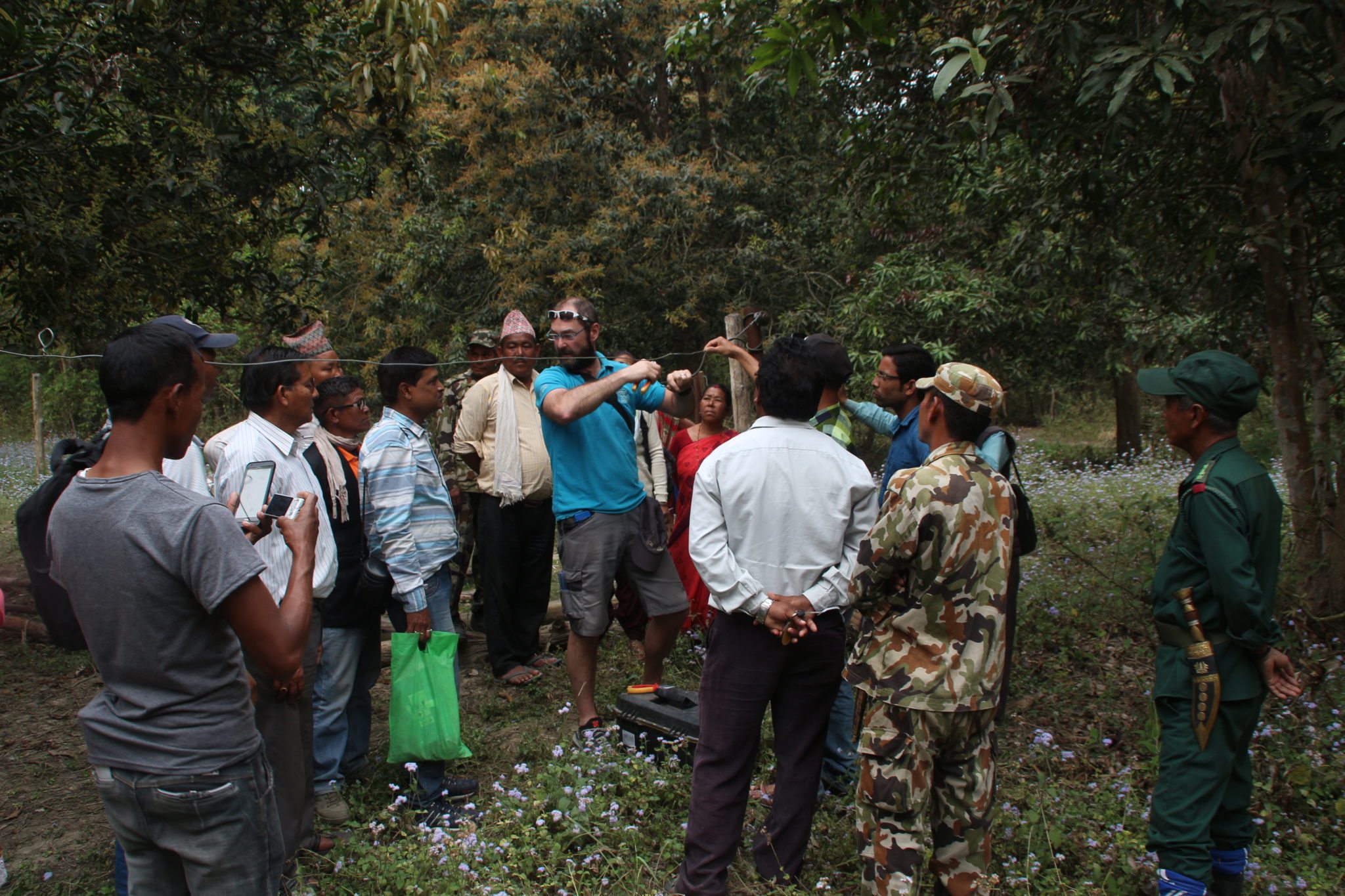 The workshops were all well attended with around twenty participants taking part in each community. The participants were from a range of different backgrounds from other NGOs, to government officials to park authorities and electricians.

Transferring human-wildlife conflict damage control methods from one site to another is always difficult because each case is unique but providing the technical skills for local communities to adapt as needed can be very effective.

Having local field staff from our Assam Haathi Project travel to Nepal to share their own experiences and expertise with the local Living with Tigers Green Governance Nepal field staff was an incredible opportunity to share lesson learning and capacity building between Darwin funded projects and it also presented a great networking opportunity for future collaboration. 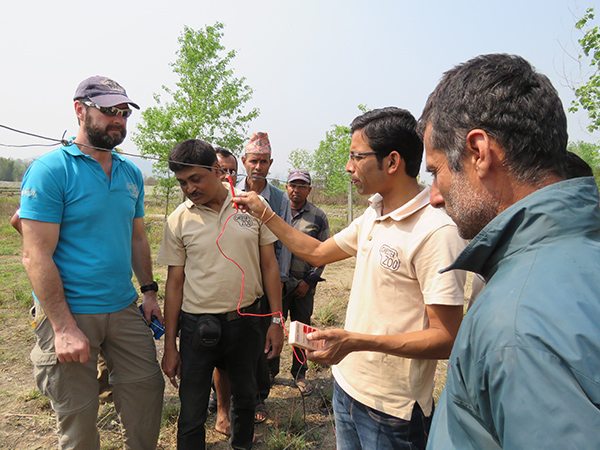 Read the latest update from our Living with Tigers project here >