Exciting discovery made in Uganda!

The lowland bongo was spotted on our camera traps in the rainforests of the Semuliki National Park in the southwest of the country where it borders the Democratic Republic of Congo.

The species is endemic to the rainforests of Central and West Africa and is recognised for its vibrant red-brown and white striped coat and large spiralling horns. Standing around 1.3m tall at the shoulder adult male bongo can weigh over 800lbs. 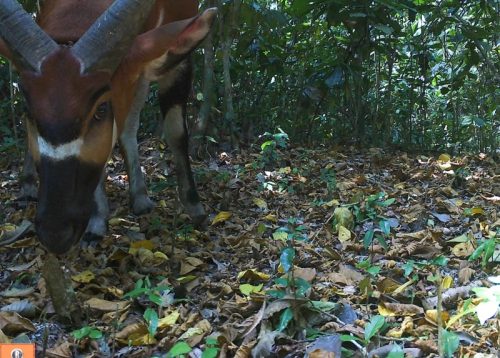 Semuliki National Park is East Africa’s only true lowland rainforest and continuous with mighty Ituri rainforest of the DRC believed to be one of the most ancient and biodiverse forests in Africa. The park is a lowland semi-deciduous forest renowned for its spectacular hot springs and is also an important bird area and a biodiversity hotspot, critical for conservation.

The discovery was made as part of the first large-scale camera trap survey of the 220km2 park’s mammal biodiversity conducted by our team in partnership with the Uganda Wildlife Authority (UWA) with financial support from the Giraffe Conservation Foundation and the Leiden conservation Foundation, US.

We were amazed that such a large, striking animal could go undetected for so long, but bongo are a notoriously shy and elusive species. It could be that bongo and other species are moving between Virunga National park in DRC and Uganda showing just how important it is to protect the rainforests, which still connect the two countries.

“The lowland bongo is also rare throughout the forests of western and central Africa and declining due to accelerating illegal hunting and habitat loss. Unlike the mountain bongo, there are no lowland bongo held in zoos, so any conservation actions can only focus on wild populations. As thrilled as we are with this discovery much more work is needed to learn more about this newly found species in Uganda and elsewhere across its range.”

In total, the survey captured over 18,000 pictures yielding images of 32 species of mammals – including a number of species that had never been recorded in the park before!

Amongst the animals recorded were large, charismatic species including forest elephants, chimpanzees, buffalos and leopards but also smaller, lesser-known animals such as elephant shrews, the mongoose-like cusimanse and the secretive African golden cat. 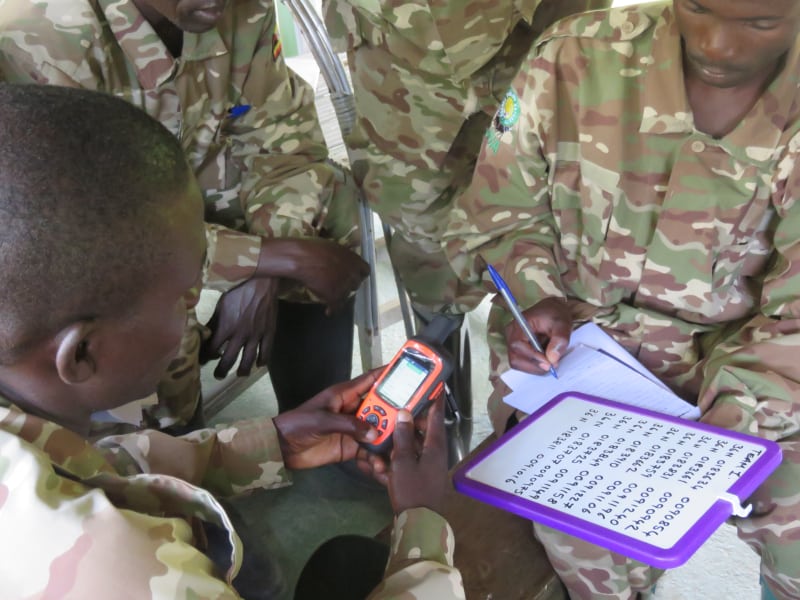 We will continue to collaborate with Chester Zoo and other partners for this noble cause in the park. The large mammals, primates and the birds have all along been the main conservation assets we focus on to protect this forest in addition to ecosystem services and resources to support community livelihood.

As well as carrying out the surveys in Uganda, we are also supporting research on mountain bongo in Kenya through the work of Conservation Scholar and PhD student from Manchester Metropolitan University Tommy Sandri. Tommy is investigating the impact that habitat change has on the small and fragmented bongo populations that remain in the Kenyan highlands that number just a few dozen individuals.

Tommy is also studying the genetic diversity of mountain bongo populations held in the worlds zoo’s to inform a potential reintroduction strategy for this highly endangered species. The new Uganda discovery brings the lowland and mountain populations closer together than previously thought and Tommy’s research may shed light on the evolutionary relationship of bongos found in these regions!