Exciting new discoveries made in Nigeria

Working with the Nigeria National Park Service (NNPS) and local communities, we’ve been leading vital research in Gashaka, which has revealed the continued presence of incredibly rare and endangered mammals.

The research has highlighted the extraordinary diversity of species found within the forests, including chimpanzees, leopards, the elusive golden cat and the first discovery of giant pangolins in Nigeria.

Chester Zoo conservationists, together with our project partners, have surveyed over 1000 square kilometres of the under-explored forests using camera traps and reconnaissance surveys.  The camera trap photos revealed the presence of over 30 mammals – ranging in size from mice to buffalos – all found within the borders of the National Park.  Some of the animals included three species of duiker, honey badgers, bushbuck, forest buffalo, red river hogs, giant forest hogs, mongoose, potto (a small nocturnal primate), a variety of monkeys and West African crocodiles.  The list goes on!

Since 2016, the team has carried out approximately 500km of reconnaissance walks of the extremely rugged southern sector of the park and using camera traps they have captured over 50,000 images of the park’s wildlife. Some of the species caught on camera had never been recorded in the national park or in Nigeria before. 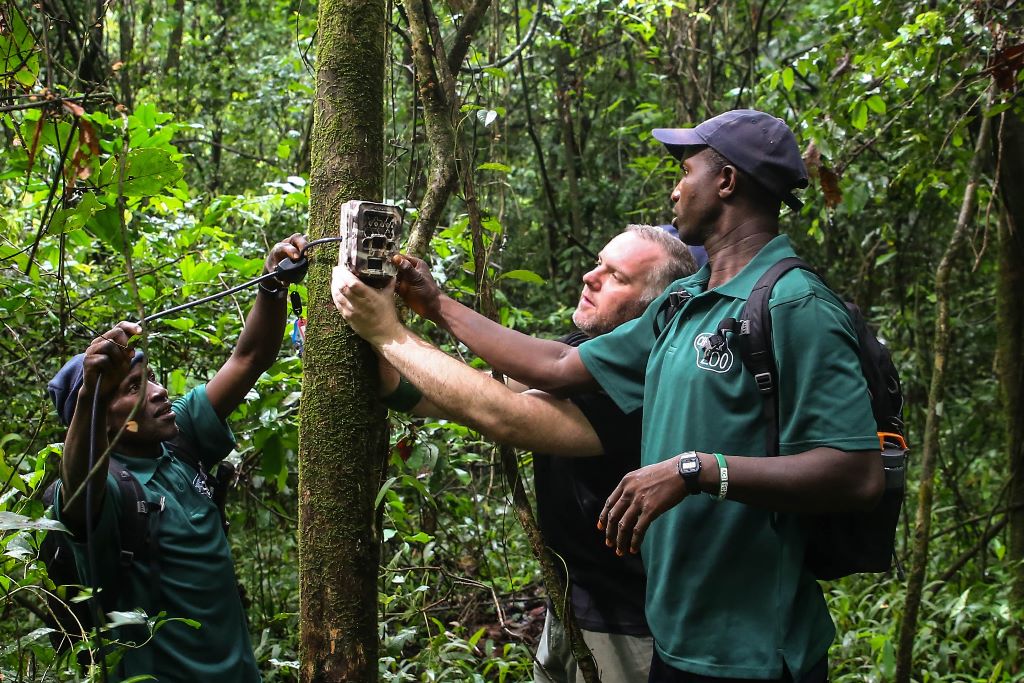 Chester Zoo experts have been working in this region for over

“Gashaka Gumti National Park (GGNP) is staggeringly beautiful with an amazing diversity of habitats including mountain rainforests, savannah woodlands and rolling grasslands, but incredibly in 2018 it still remains little explored.  The ongoing work we are carrying out is key to helping us develop a better understanding of the park, its wildlife and how to help conserve it.  It’s an extremely exciting work to be involved with.”

GGNP is home to the endangered Nigeria-Cameroon chimpanzee, the rarest of all chimpanzee subspecies.  It’s believed to support one of the largest remaining populations, making it a high priority for the species’ survival, but there have been no population surveys for 20 years.  The research team is now planning to expand on current work, to carry out the first intensive survey of chimpanzees and the threats to their survival.

“All of Africa’s remaining great ape populations are in serious danger of extinction from hunting, habitat loss, disease and the negative effects of climate change.  GGNP is a priority site for chimpanzees, not just in Nigeria but for the entire continent so we need to know more about how many still survive in the park, what threatens their survival and find the key areas where we need to focus our conservation efforts.” 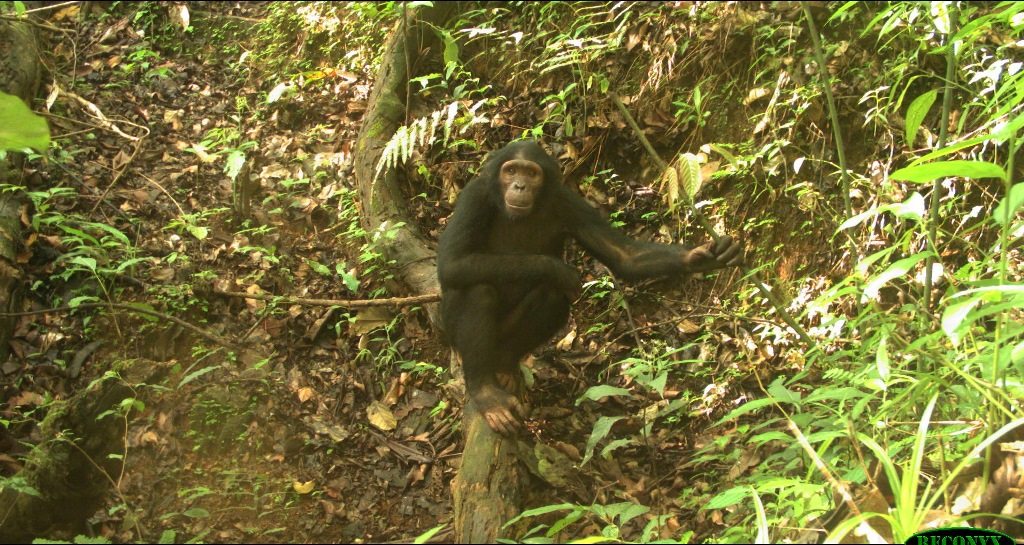 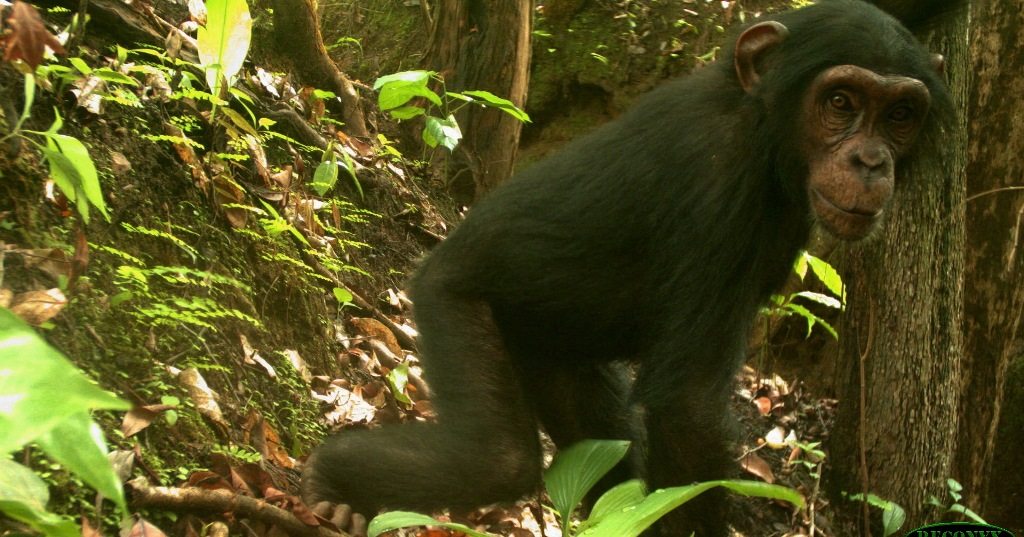 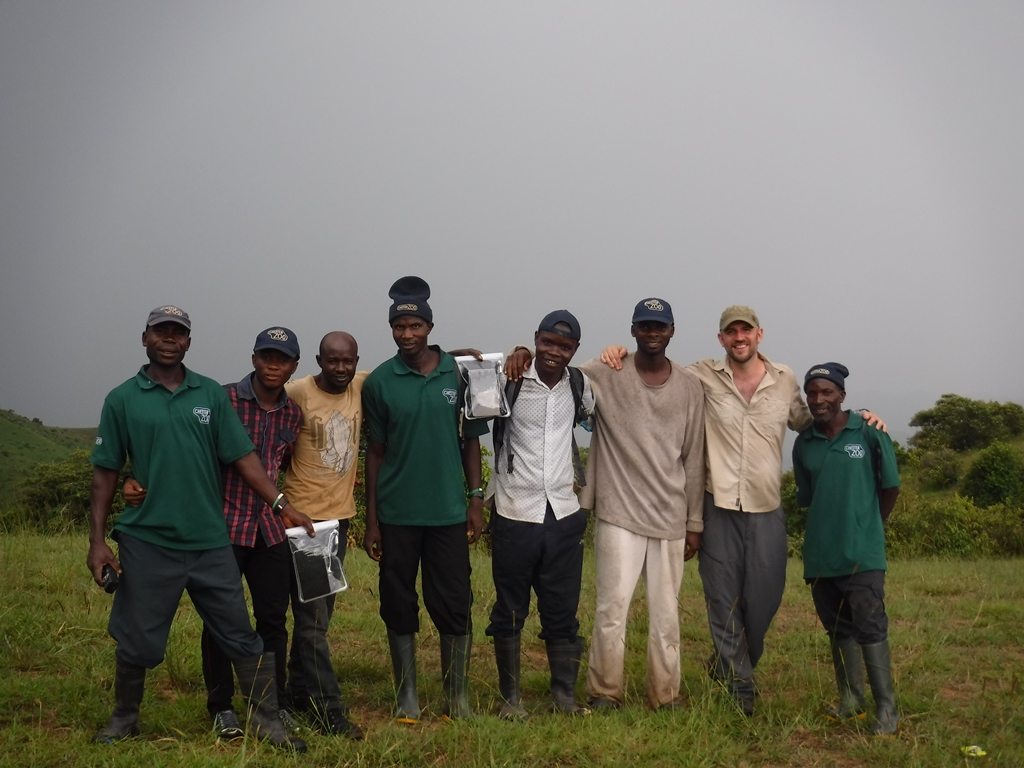 The surveys have revealed the first confirmed record of giant pangolins in Nigeria, the largest, least known and rarest of all the African pangolins.  Pangolins are a group of scaled mammals, sometimes known as ‘scaly anteaters’.  Sadly, they’re widely trafficked for their meat which is considered a delicacy in some countries and their scales which are often used for ethno-medicinal and cultural purposes.  The team is now conducting additional research to discover more about this elusive species and protect it from poachers.

Another exciting discovery was capturing the first photographic evidence of leopards in the park, which are notoriously secretive! Their numbers are known to have drastically declined across Nigeria as a result of hunting and habitat loss and it’s possible that Gashaka supports one of the most significant leopard populations remaining in West Africa.

The research has also captured many images of the African golden cat in the park, Africa’s most elusive cat species. Data on this rainforest species is limited, so the results of this research are adding to existing global knowledge.

As part of ongoing training, a Chester Zoo led exploration team, ventured deep into the forests of GGNP in December, across the slopes of West Africa’s highest mountain – Gangirwal. The team spent ten days documenting wildlife and identifying the threats to its survival.  The trip confirmed that the park still supports a high biodiversity but worryingly showed that threats from humans, including poaching and cattle herding, are occurring deep into remote areas of the forest. 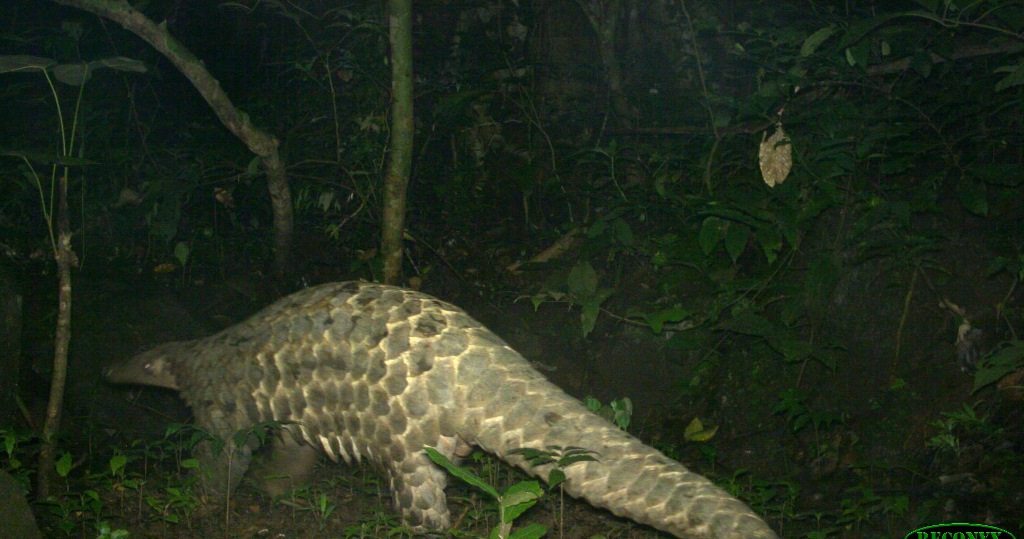 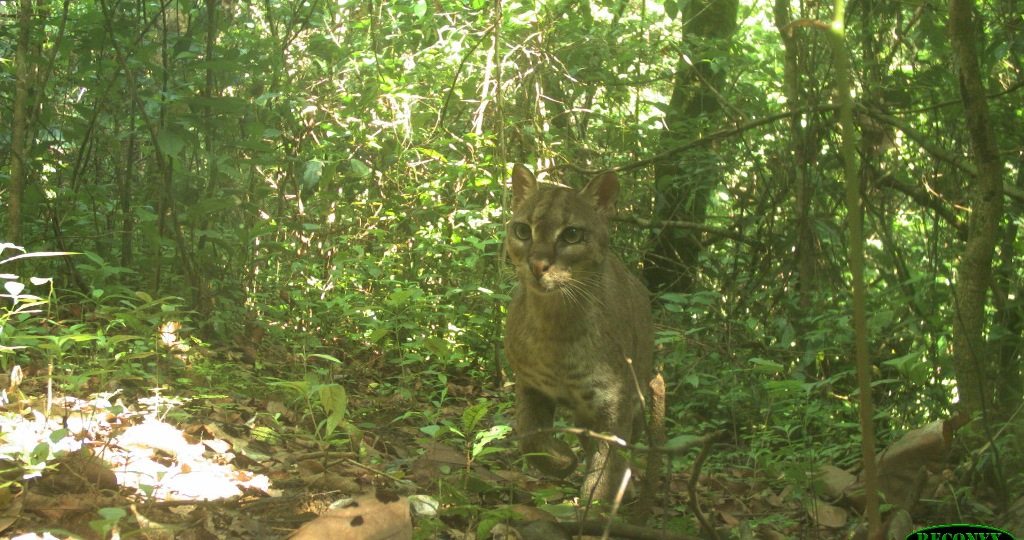 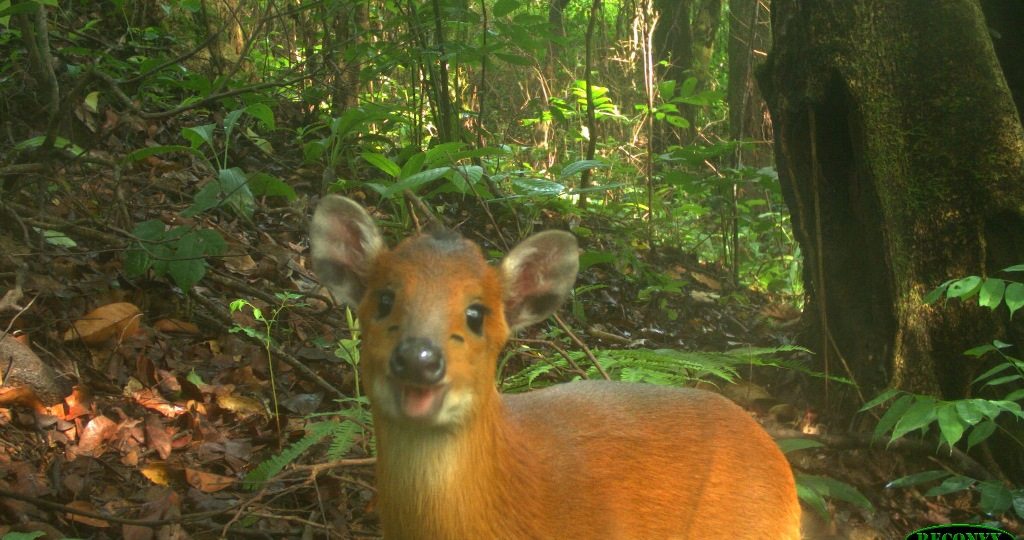 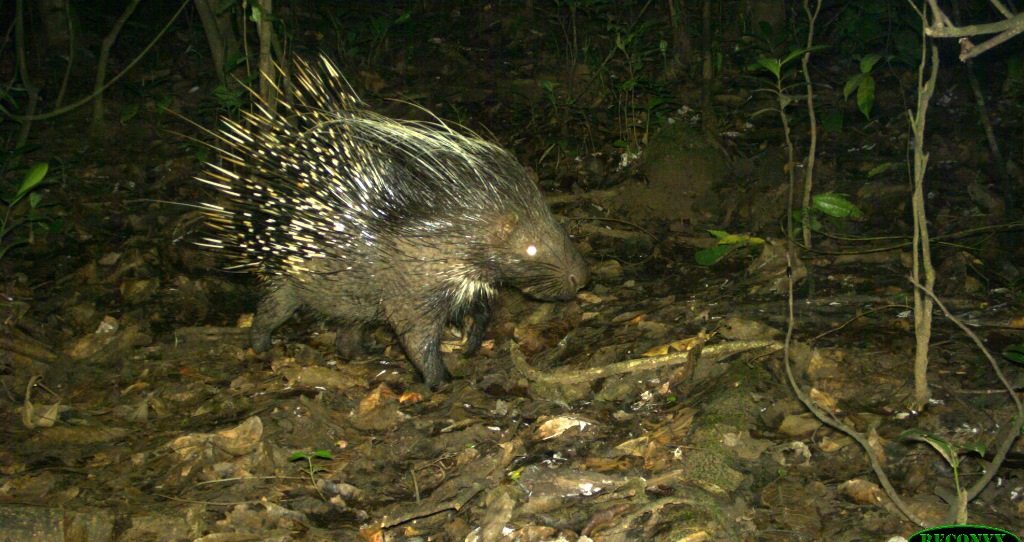 “GGNP is an incredible part of Nigeria’s natural heritage and there are few places in Africa that can rival its spectacular beauty, but it survives barely known by the international community and under increasing threat.  This work is helping us learn more about the secrets of one of our last wilderness areas and we must continue to work together to ensure its survival for future generations.  If all this beauty were lost it would be a terrible tragedy for all.”