Haven for the northern bald ibis

A species that used to be found in abundance across North Africa, Southern and Central Europe and the Middle East, the northern bald ibis is now classified as Critically Endangered on the International Union for Conservation of Nature (IUCN) Red List of Threatened Species and has been since 1994. The species is threatened by hunting, habitat loss, pesticide poisoning, powerlines and an increase in construction works around their preferred nesting sites. 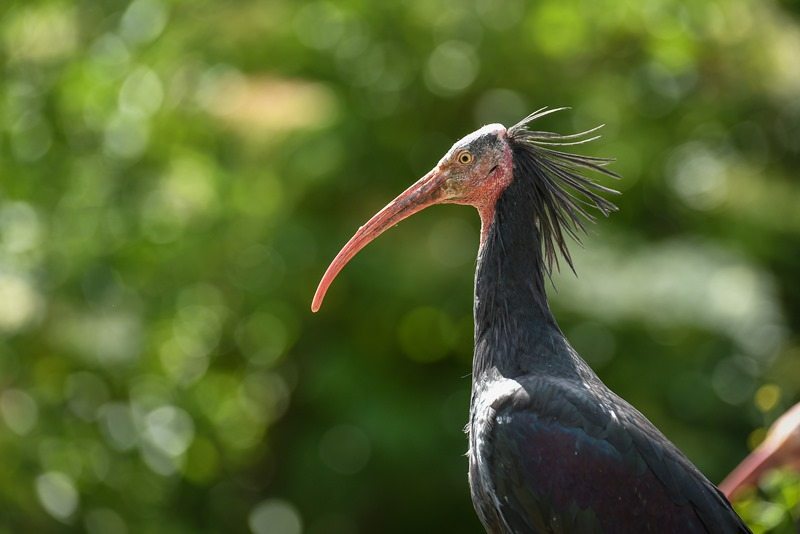 The northern bald ibis has undergone a long-term decline and more than 98% of the wild population has been lost, putting the birds on the very brink of extinction. We joined the reintroduction programme ‘Proyecto Eremita’ in 2007 and have been working closely with Jerez Zoo, the Andalusian government and other conservation institutions across Europe to re-establish the species in Europe and help prevent the birds from disappearing from the wild altogether. 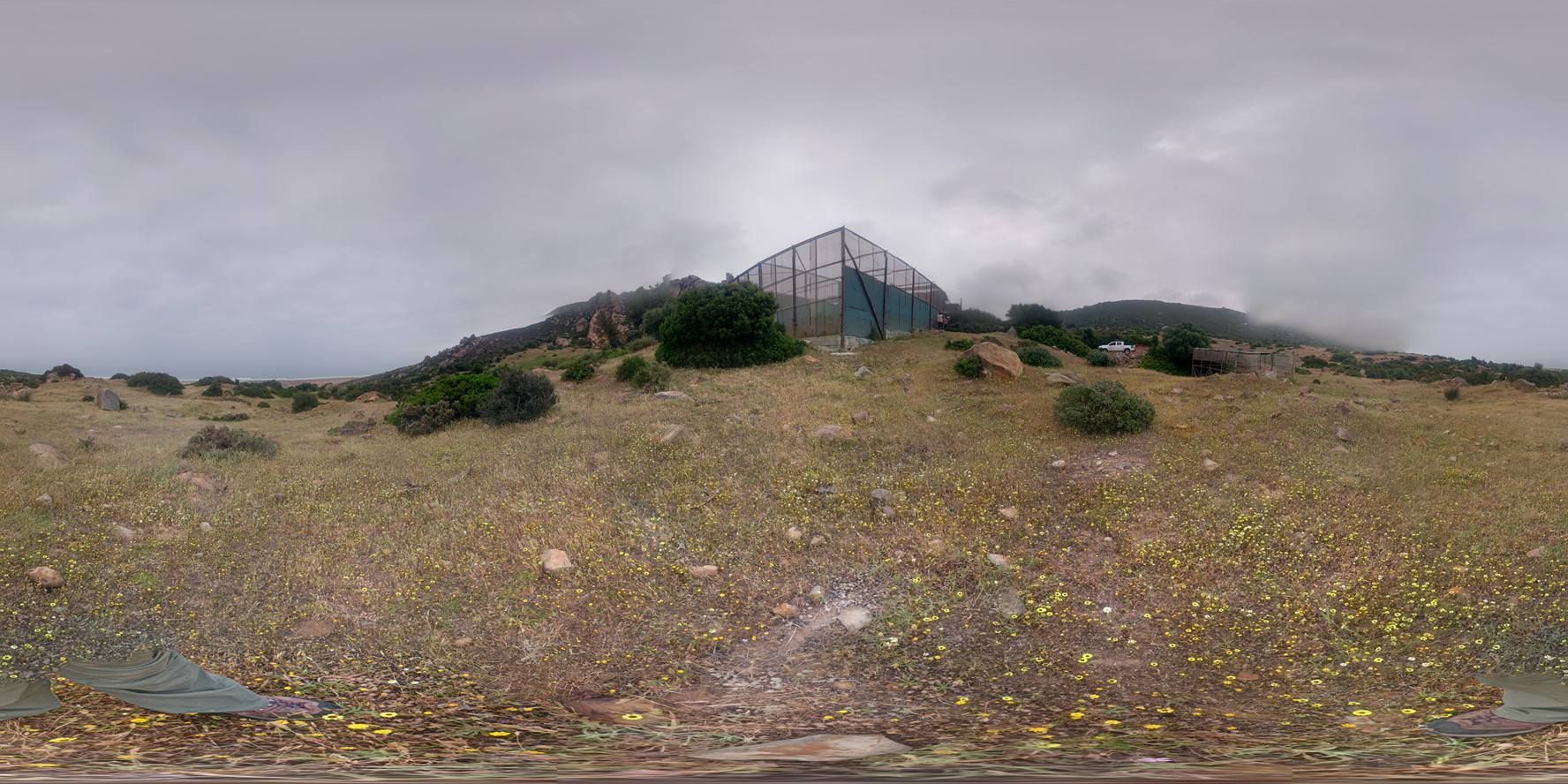 “Sadly, the species has been extinct in Europe for more than 300 years and since joining the reintroduction programme in 2007, we’ve made great efforts to breed these birds so that they can eventually go on to be released back into the wild. We hope that by reintroducing birds back into a safe, secure and monitored site in southern Spain they will hopefully go on to successfully breed and give the species a foothold once more in Europe.”

Lauren Hough, Bird Keeper, had the opportunity to travel to Jerez and got to see some of the Chester Zoo birds released from previous years.  She tells us:

“I went out with the Ibis Team there in Spain and did some surveys. We were lucky enough to see two of the birds from Chester Zoo that had been released in the wild last year! Zoos from across Europe take part in the reintroduction effort sending some of their birds to Jerez were they are then released. 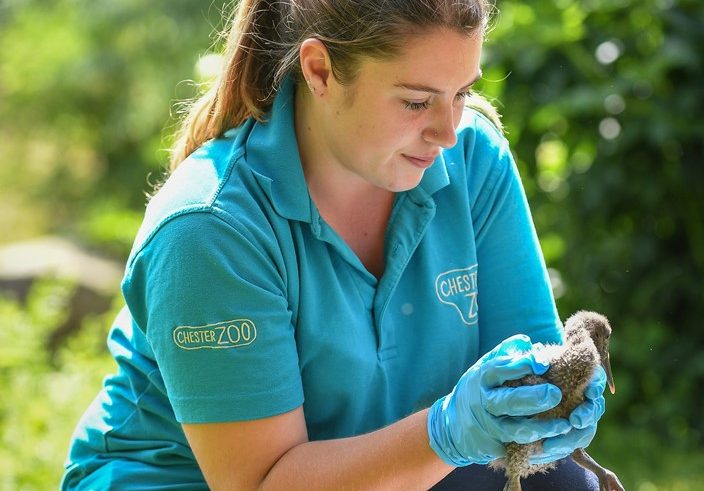 “It’s a cycle that repeats itself each year. In November Zoo Botánico Jerez will start receiving birds from other zoos that have been bred for the release programme. Once the birds reach Jerez they are put in quarantine for a month and are then placed in release aviaries. They spend some time there to acclimatise to their new environment and around January, depending on the weather, the gates of the aviaries open up and the birds are free to come and go for a while.

“Once the birds have fully fledged, the Spanish team can start monitoring the released individuals to get precious data on their reintroduction. To be able to monitor those birds, experts ring the individuals and microchip them allowing the local team to get a better idea of the distribution of the ibises in the wild.”

“They all have two different rings on, one is a metal ring and the other is a plastic ring with three characters on either letters or numbers and different colours so that conservationists can recognise them.” 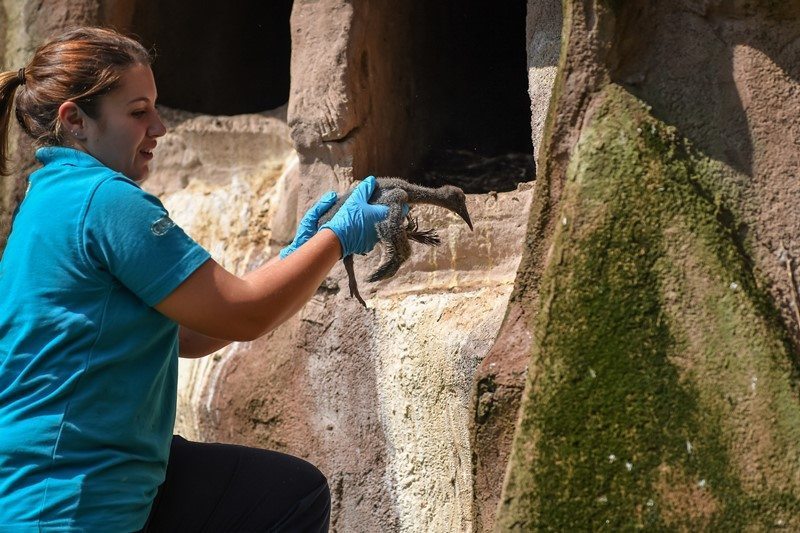 Tipped off by a local farmer, the Ibis Team drove Lauren to a field where she had the chance to observe a flock of more than 50 ibises.

We just sat there looking at them for a bit. Then Salvador, one of the guys from the Ibis Team, put his black t-shirt and his helmet on and just started whistling slowly making his way to the group. You could tell the previously hand-reared ibises were familiar with him so they just came towards him and that’s how we managed to spot the birds’ rings and identified that two were from Chester!

Getting close to ibis

The rearing costume composed of a black t-shirt and a beaked helmet is used during the hand-rearing period to avoid imprinting on the ibises but still allowing the researchers to monitor them closely once they are released in the wild. The project has been so successful that the team is now planning on reintroducing the ibises to a secondary area in Spain that has been identified as suitable for them! 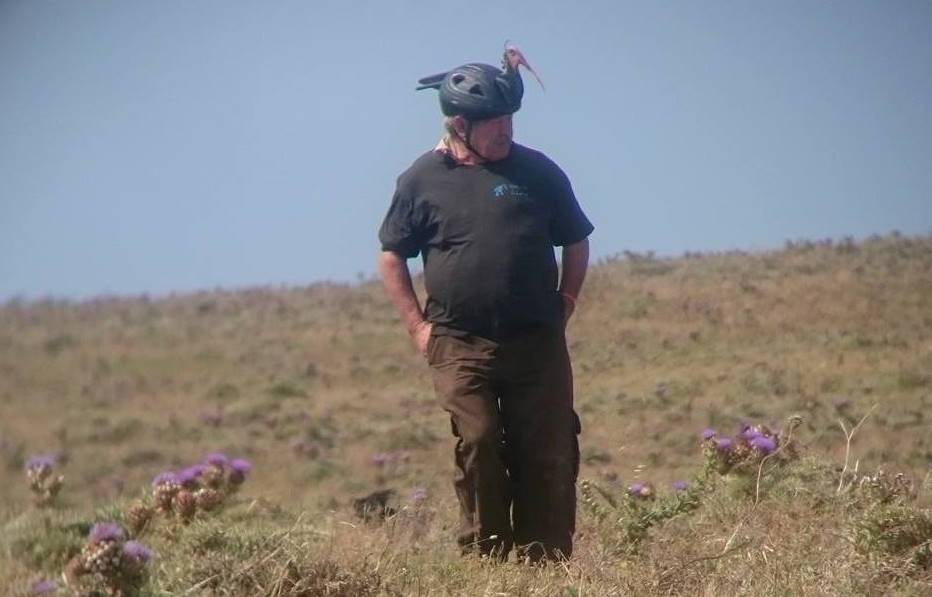