Increasing our understanding for reintroduction

Luiza Passos has been working with the golden mantella for four years, a small critically endangered orange frog endemic to Madagascar. This colourful species is mainly threatened by overharvesting for the pet trade and by habitat destruction due to legal gold mining.

Her PhD with the University of Salford supports the conservation work we’re carrying out on the ground in Madagascar, with our partners Madagasikara Voakajy, as well as the work our keepers are doing to protect the species at the zoo. Her research involves measuring the characteristics of golden mantella to increase our understanding of when the optimum time would be to potentially release individuals into the wild. 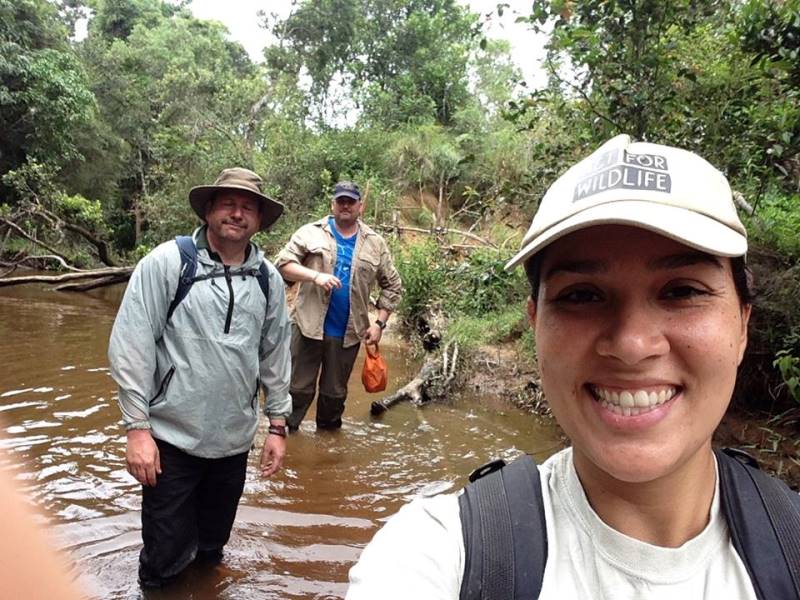 Luiza (right) in the field in Madagascar

Dividing her time between field work in Madagascar and observing the population of frogs at Chester Zoo, Luiza assessed factors known to be crucial for the survival of the species in both environments. These factors include their colouration, their calls, their anti-predator behaviour and the bacteria present on their skin. Luiza told us more about the data she collected as part of her research and what she discovered as a result:

The frogs’ calls were recorded using a microphone and the wave forms were then compared between the population at Chester Zoo and a population of golden mantella in Madagascar. Luiza discovered that the sounds of the zoo population were different to the calls from the Madagascar population. However after conducting a playback study to assess both groups of frogs’ reaction to each recorded call, she discovered that despite the sound being slightly different, they still recognised the calls from other populations. The Chester Zoo population responded to the calls from Madagascan individuals; the males were observed fighting and calling back to the recordings, reflecting natural breeding behaviour.

Luiza carried out further research into the calls which consisted of putting the frogs on one side of a mat with a speaker positioned on the opposite side (see video below). The aim was to assess the speed and route that the frogs will take in reaction to the call being played. The Madagascar population responded in a similar way to both their own calls and the dialect calls, while the Chester Zoo population showed a preference for their own calls. 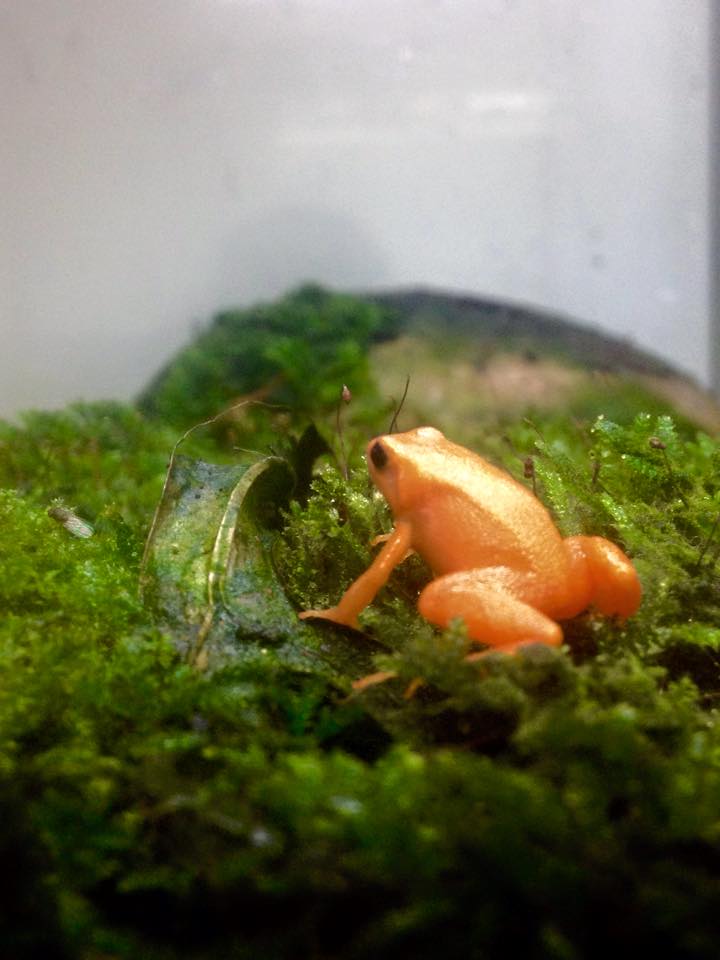 One of the most important survival factors in frogs is the ability to detect potential predators and to show anti-predator behaviours. Golden mantellas, like many other frog species, show a specific behaviour, called tonic immobility (TI), or thanatosis, when exposed to predators. This is where the animal ‘plays dead’ to divert the attack of a predator, allowing the individual the chance to hop away. Luiza found that the Chester Zoo population had the same responses as those in the wild; meaning there may be an intrinsic mechanism that triggers that kind of behaviour. It shows that Chester Zoo’s population of golden mantella would be able to respond to predators appropriately, should they be reintroduced into the wild. 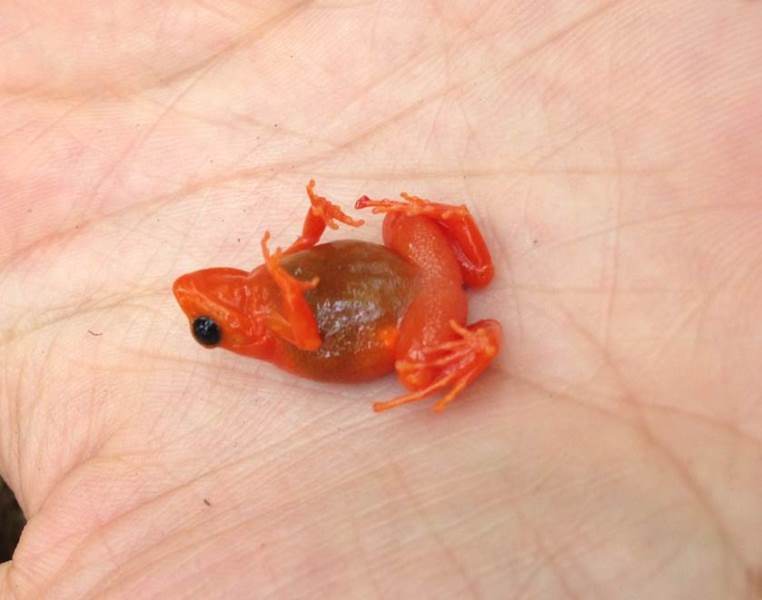 Assessing the colour of each frog isn’t possible using just the human eye, meaning Luiza used a spectrometer which was able to quantify differences in the colour of each individual frog. Luiza discovered that animals in the zoo display a natural colour; this colouration is impacted by factors such as UV light and temperature. This means the findings show that the zoo environment is reflective of their natural habitat, allowing them to develop the same colours as the population in the wild.

Bacteria present on the golden mantella’s skin are an essential defence against diseases in the wild and play a crucial role in survival. The origins of these bacteria are unknown but they could be acquired from the environment, from the males fighting or even from when the females lay their eggs. Luiza swabbed frogs from the wild and from Chester Zoo to compare their bacteria diversity and abundance. We found out that the zoo animals have a lot less bacteria, both in terms of species diversity and abundance. This means that in the case of a reintroduction, these frogs would need to have their immune systems boosted before being released and that can be achieved with the use of probiotics. 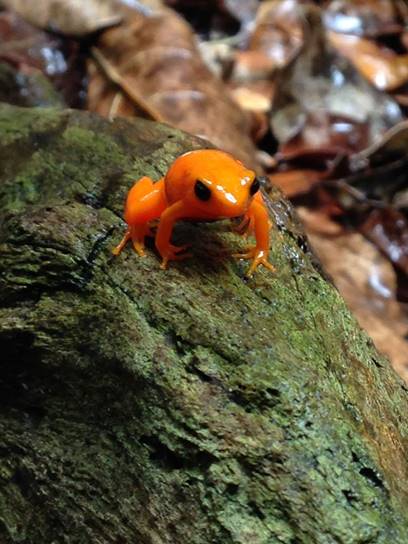 This research highlights the similarities and differences between the population of golden mantella frogs at Chester Zoo and population in the wild in Madagascar. It has been shown that the individuals from the zoo have the right colouration, display the appropriate anti-predator behaviours and, despite favouring their own calls, react to wild calls. The frogs in the zoo presented fewer bacteria than those in the wild, meaning that they could be at risk to develop diseases if released without the use of probiotics; which can help boost their immune systems until they get the appropriate bacteria in their new environment. The next step for this research is a soft release to see how we could mitigate these differences to ensure the individuals are ready to be released in the wild in future.