You may recognise our next guest blogger, Heléna Turner, from one of our previous updates: ‘A trip to paradise‘. Heléna, a PhD student, was awarded one of our 2015 studentships to support her work with the Bermuda skink. 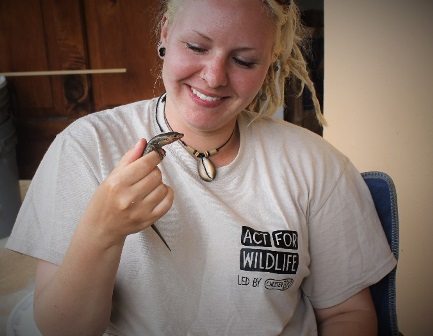 Helena with a Bermuda skink

Below she tells us all about her research, why it is important and some of her stories from the field so far:

“I am doing my PhD in Biodiversity Management at The University of Kent and collaborating with Chester Zoo, the Government of Bermuda’s Department of Conservation Services and Manchester University.

“I’m looking at the conservation and population status of the critically endangered Bermuda skink (Plestiodon longirostris). There is estimated to be only 2,500 remaining in the world and their population has been in continual decline since 1965. This is a concern as the population is extremely fragmented across Bermuda and its offshore islands, mainly due to habitat loss and destruction and introduced invasive species. 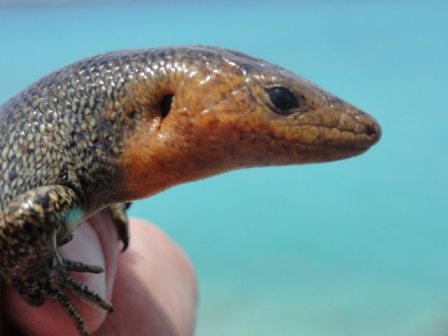 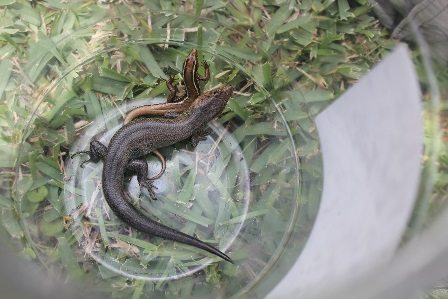 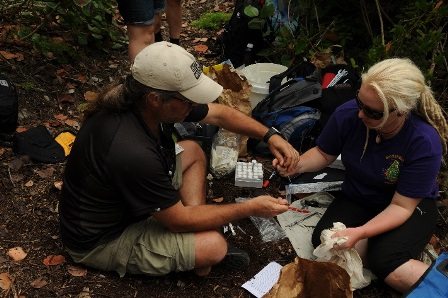 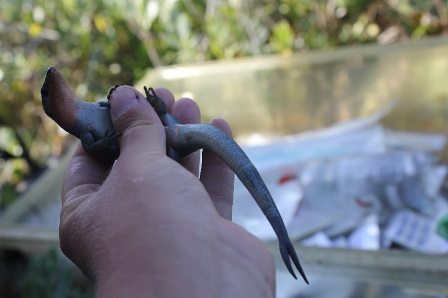 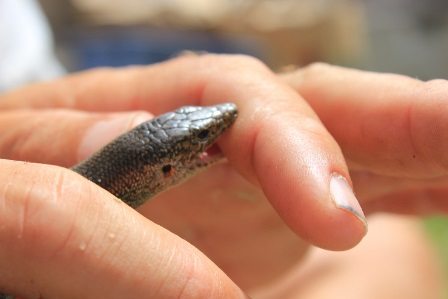 “My research into the population dynamics of this species uses a combination of mark – recapture surveys and a pit fall trap system employed across the skinks range on Bermuda. So far we have surveyed several mainland and offshore island sub-populations.

“As a result of the research I am doing as part of my PhD, I hope to have a better understanding of this species biology, find out how many Bermuda skinks remain in the wild, understand the dynamics and genetics of the different sub-populations and their habitat requirements.

“This will help to inform captive breeding, currently taking place at Chester Zoo and reintroductions should they become a necessity in the future; for all we know, it may only take a severe tropical storm to wipe out the entire population! All of the information I am collecting will help to prevent this endemic species with one of the oldest evolutionary linages from going extinct.

“Chester Zoo provided the vital funding for the field equipment needed for my research, including, costs towards Passive Integrated Transponder (PIT) tags which is similar to a microchip for cats and dogs, and also PIT tag scanners to mark and recapture the skinks, callipers and pesolas to measure and weigh the skinks and large amounts of cheese and sardines to lure the skinks to the traps.

“In the initial eight weeks in the field we found four skinks from the two largest populations with bifurcated or bifid tails (tails that split into two). This is a common phenomenon in lizards with high predation rates but the first time it has been recorded in the Bermuda skinks.

“Having a bifid tail is a direct result of several introduced species (yellow-crowned night herons, kiskadee flycatchers, cane toads, Jamaican and Antiguan anoles, rats, cats and American crows) potentially predating the skinks. As all lizards have the ability to drop their tails to evade predation and regenerate them again, sometimes when the tail is partially bitten it causes a second tail to regrow. As far as we can tell, it does not appear to affect the individual’s health or locomotion.”