Lend your eyes to the wild 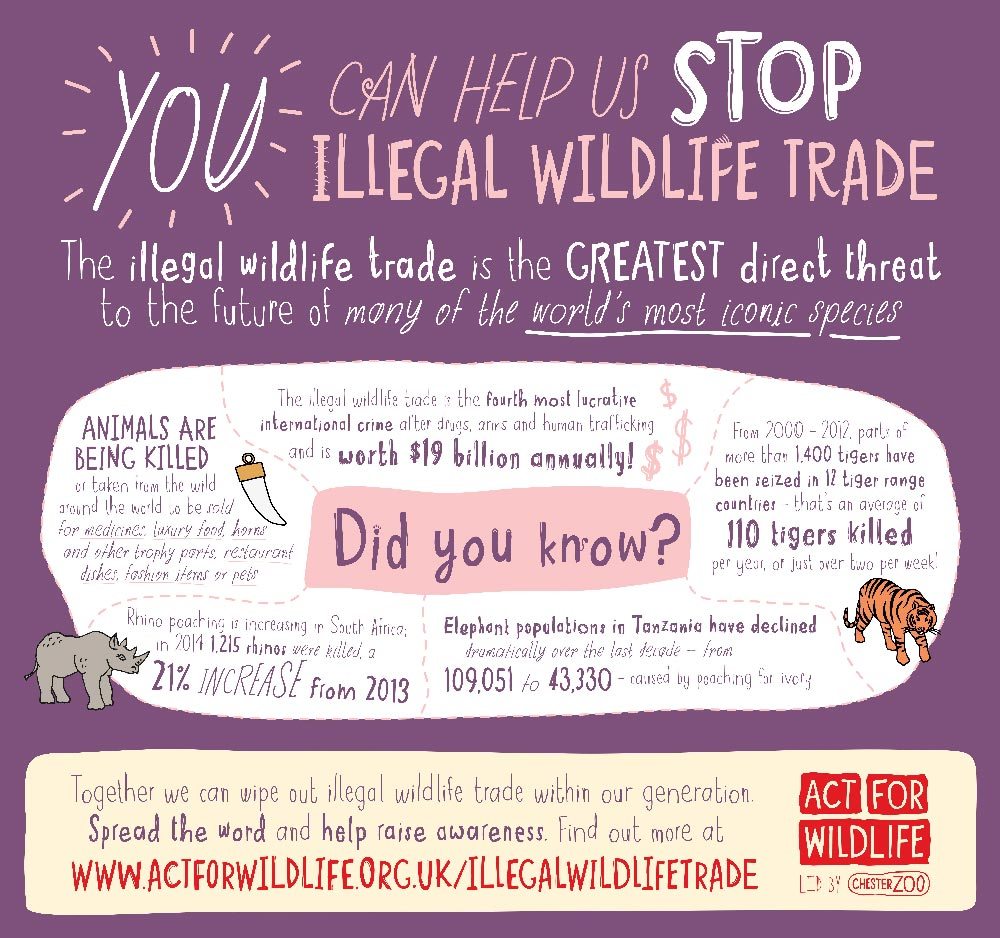 The industry is one of the greatest threats to the future of wildlife. It can include live animals and plants or a range of products sought after by humans, including animal skins, medicines, fashion items or pets.

It’s a global issue which is why it’s vital to work together with other zoos and organisations around the world to help but a stop to illegal wildlife trade. We’re working in partnership with TRAFFIC, Taronga Zoo and San Diego Zoo on a worldwide campaign that aims to inspire people to report offences when they see or suspect them via the free smartphone app, Wildlife Witness.

“Sadly, animals are being illegally killed or taken from the wild around the world to be sold for traditional medicines, luxury food, horns and other parts, restaurant dishes, fashion items or pets. We want people to be the eyes and ears in the fight against illegal wildlife trade.

“They can report what they see through Wildlife Witness; an app that allows tourists and locals easily to report wildlife trade by taking a photo, pinning the exact location of an incident and sending these important details to TRAFFIC, the wildlife trade monitoring network.”

Data is power in the fight against the trade; analysis of reports since the app was launched have seen many incidents referred to law enforcement agencies for action. See how the data sent to TRAFFIC is used and how it can help stop illegal wildlife trade, here.

Lend your eyes and ears to the wild and become a Wildlife Witness; find out how you can help put a stop to this lucrative industry that is threatening the future of many species, large and small, here.