For over a decade we’ve been working with The Lowland Tapir Conservation Initiative (LTCI), run by Instituto de Pesquisas Ecológicas (IPE).

Since starting out in 1996, research has been carried out in three areas across Brazil. Beginning in the Atlantic Rainforest , 12 years of research from capturing, radio-collaring and monitoring tapirs resulted in information about tapir ranging behaviour, demography, dispersal patterns, genetics, epidemiology, and feeding ecology.

Following on from the success of this research, in 2008 the work expanded to the Pantanal – the world’s largest area of wetland and thought to be the world’s most dense biodiversity ecosystem. No tapir research had previously been conducted in the area so assessments of the conservation status and viability of the lowland tapir populations in the Pantanal began. Complementing the research, a specific set of recommendations for the conservation of this species in the region will also be developed. 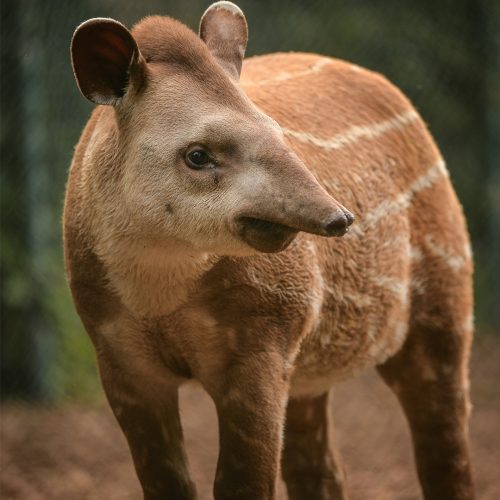 So far, over 50 tapirs have been identified and monitored in the Pantanal and work continues in this area to further develop the dataset and knowledge.

In 2015, the work expanded once again and research began in the Cerrado. The primary focus of this new project component is to evaluate the effects of different threats on tapirs. Unfortunately, in the Cerrado tapirs are under severe threat from deforestation, fragmentation, road-kill, poaching and fire.

Therefore, by developing an understanding of the impact of these threats on tapir populations, ways of mitigating them can be developed whilst conserving and protecting the Cerrado habitat.

The LTCI has captured and monitored 91 tapirs across its study sites
and has radio-collared 65 different tapirs
Since starting in 2010, the project has captured over
60000
tapir videos and photos
Due to their low reproductive rate, low population densities and individualistic lifestyles,
tapirs are highly susceptible to threats