Reporting a wildlife crime for the first time

As part of her job as the Field Programme Coordinator for South East Asia at Chester Zoo, Johanna Rode-Margono spends quite a bit of time working in Indonesia with our project partners. On a recent trip she witnessed a wildlife crime and used the Wildlife Witness app for the first time. Below she shares her experiences with us:

“My last trip led my team to the beautiful National Parks Baluran and Alas Purwo in East Java, to discuss future conservation projects protecting the charismatic banteng, a wild cattle species that can be found in these parks.

“On the way back to the airport I tried to relax a bit before the two flights back to Jakarta. While day-dreaming I looked out of the car window, and suddenly saw a cage with a huge bird passing by. I decided to ask the driver to turn around to let me have a closer look. I got out of the car and it turned out that the bird with the big beak was a wreathed hornbill, sitting in a small cage by the side of the road. I talked to the owner and he explained that he caught the bird himself in the National Park Baluran, when the hornbill was just a chick.

“He raised the bird that he called “Baron” and had kept him since a year. It seemed that the owner loved the hornbill and took reasonably good care of him; he fed him a variety of fruit and even let him fly free sometimes. The owner stated that Baron always came back to him.

“The wreathed hornbill is an endangered species protected by Indonesian law, with heavy fines and even prison waiting for a person who keeps this species illegally. I had just downloaded the app ‘Wildlife Witness‘ that was created by Taronga Zoo in Australia together with TRAFFIC, an organisation who works on illegal wildlife trade. Chester Zoo is promoting this app as the European partner. 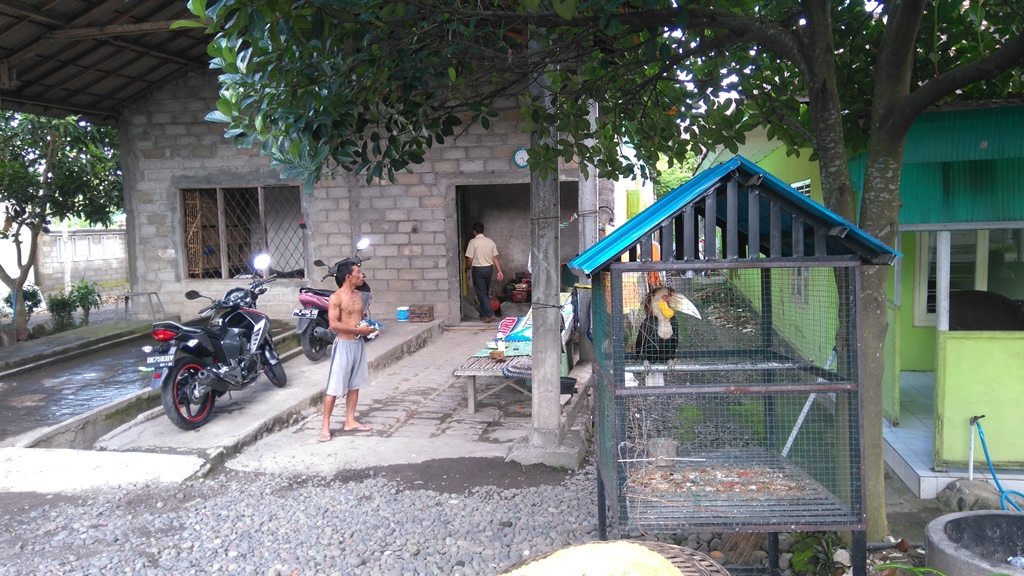 Wreathed hornbill being kept as a pet

“Wildlife Witness can be used to report illegal wildlife trade in South East Asia by providing details about the animal spotted, record the location and sending a photo. This information is then directly sent to TRAFFIC, who collects the record in a database to understand the extent and trends in that kind of trade, but also pushes enforcement of the law by informing local authorities that may subsequently confiscate the animal.

“I was in a difficult situation. The owner of the hornbill seemed very nice and unaware that he was doing something wrong. Also he adored his bird and tried to care well for him. Additionally, I knew that it is very hard or even impossible to release a hand-raised bird into the wild as it would be imprinted on its human ‘parent’. Finally, a local rescue centre would not necessarily have the resources and skills to care well for a hornbill. 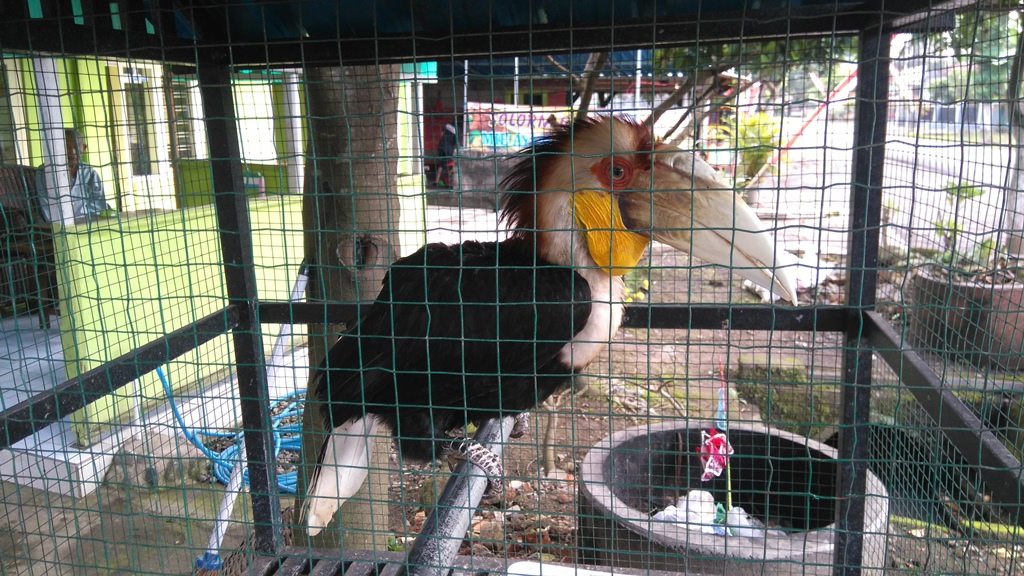 “However, I finally decided that I had to report this case. Laws must be enforced to be effective, otherwise they are meaningless. It is important to make clear to this man that this species is endangered because it is subject to trade. For example, other hornbill species like the impressing rhinoceros hornbill are currently sliding towards extinction because some people like carvings made from the beak. If the man continued to keep his bird, maybe his friends would want a hornbill themselves one day. It was a tough decision, but a good one.

“Only a few hours after I sent the report via Wildlife Witness I got a personal email from TRAFFIC, asking me for more details and ensuring me that the case is followed upon. I could have reported it anonymously, but as this was not a dangerous situation, I was happy for them to contact me. My photos of the wreathed hornbill will be stored in a dataset, and are allowed to be used for conservation purposes. I hope my report can help this individual hornbill, and ultimately the species, and that this story will encourage more people who travel to South East Asia, to use the app Wildlife Witness.”