Same species but different look: the challenges of identifying species!

Following on from her previous blog, ‘People, tigers and leopards‘, Amy tells us more about what it’s like being in the field and some of the challenges she faces when working on the Living with Tigers project.

“You might think that as zoologists or conservation biologists we know and recognise all the species in an area that we work in, and to a point, we do try very hard to as a habitat’s species richness is one indicator of ecosystem health. However, the difficulty in identifying species appears when you have images on your camera trap that are blurred and dark.

“It sounds simple to identify a specific species from a picture theoretically, so why is it so hard to actually identify one from a camera trap image?

“There are many reasons explaining why identifying animals from camera trap images is difficult but one that I wanted to highlight is the variation within a same species across different countries. Having one species with different looks can make it really confusing to identify it and can easily make it look similar to other species present in the area. 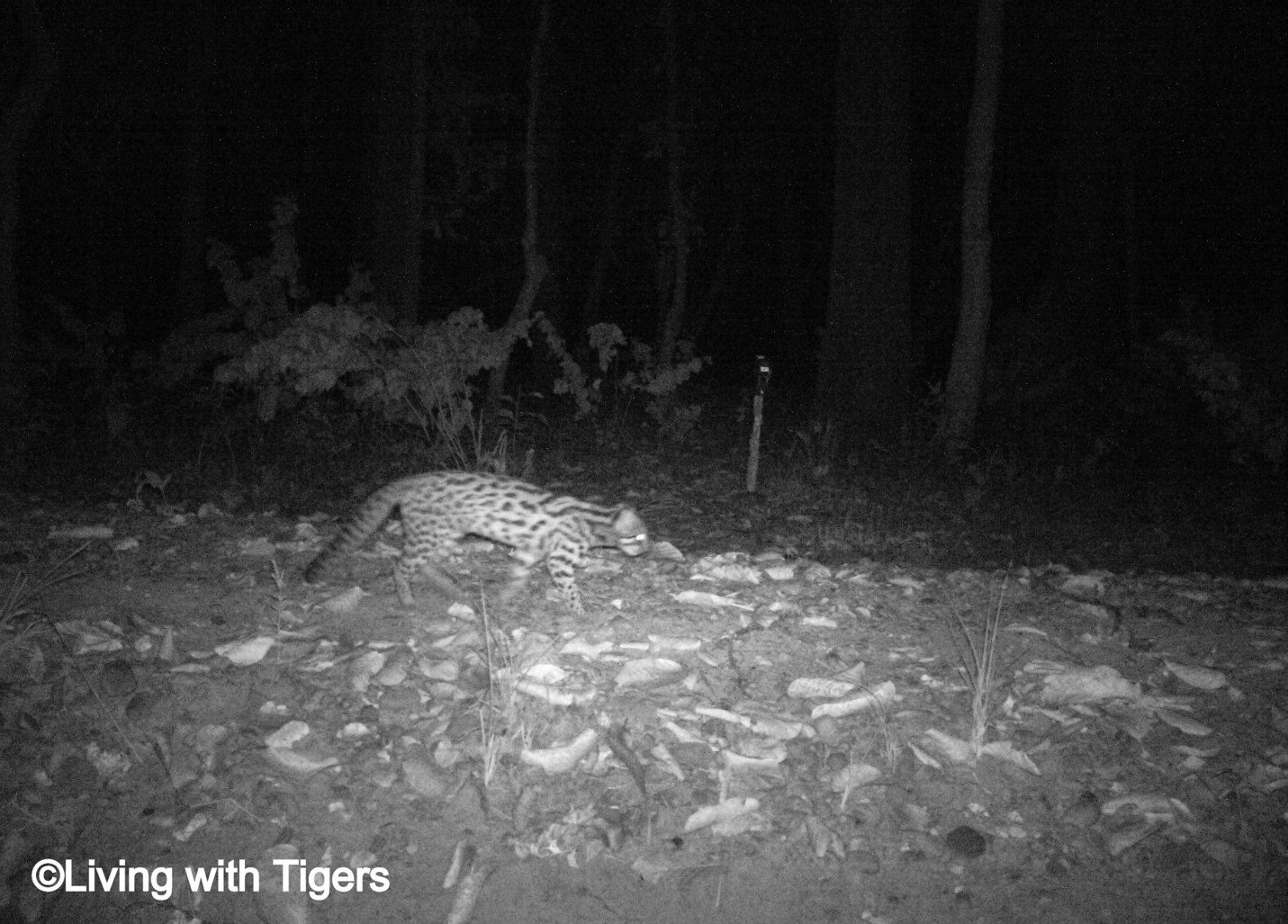 “For example, the leopard cat (Prionailurus bengalensis) in Nepal looks different from the leopard cat in Borneo. Above you can see that the tail of the leopard cat in Nepal is longer and much fluffier, with more stripes than the individuals in Borneo (below) and can be easily confused with a marbled cat (Pardofelis marmorata) if the photograph is not clear. Also from the markings on the front of the neck and the spots on the body, it can be confused with the fishing cat (Prionailurus viverrinus), although for some locations this would be a rare find and a new record for Nepal. 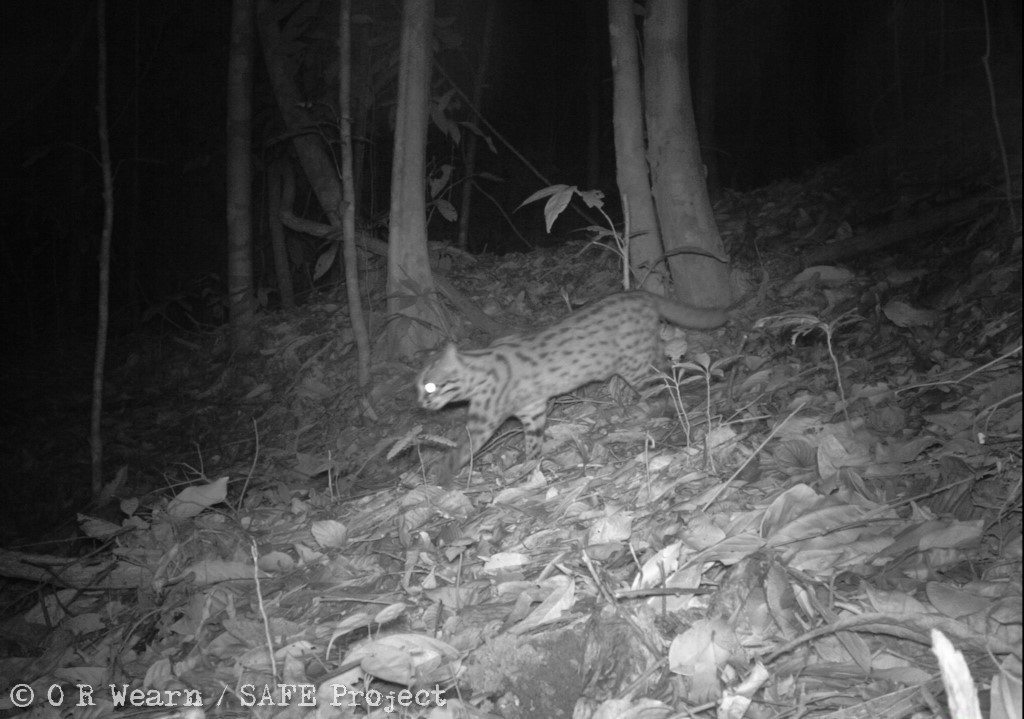 “In India, leopards look pale to golden in colour but in Nepal, the Living with Tigers team captured on camera a male and a female leopard that were particularly orange. This observation sparked the question as to whether all Nepalese leopards are more orange than the same subspecies that occurs in India or whether it was just an individual characteristic of those specific individuals. 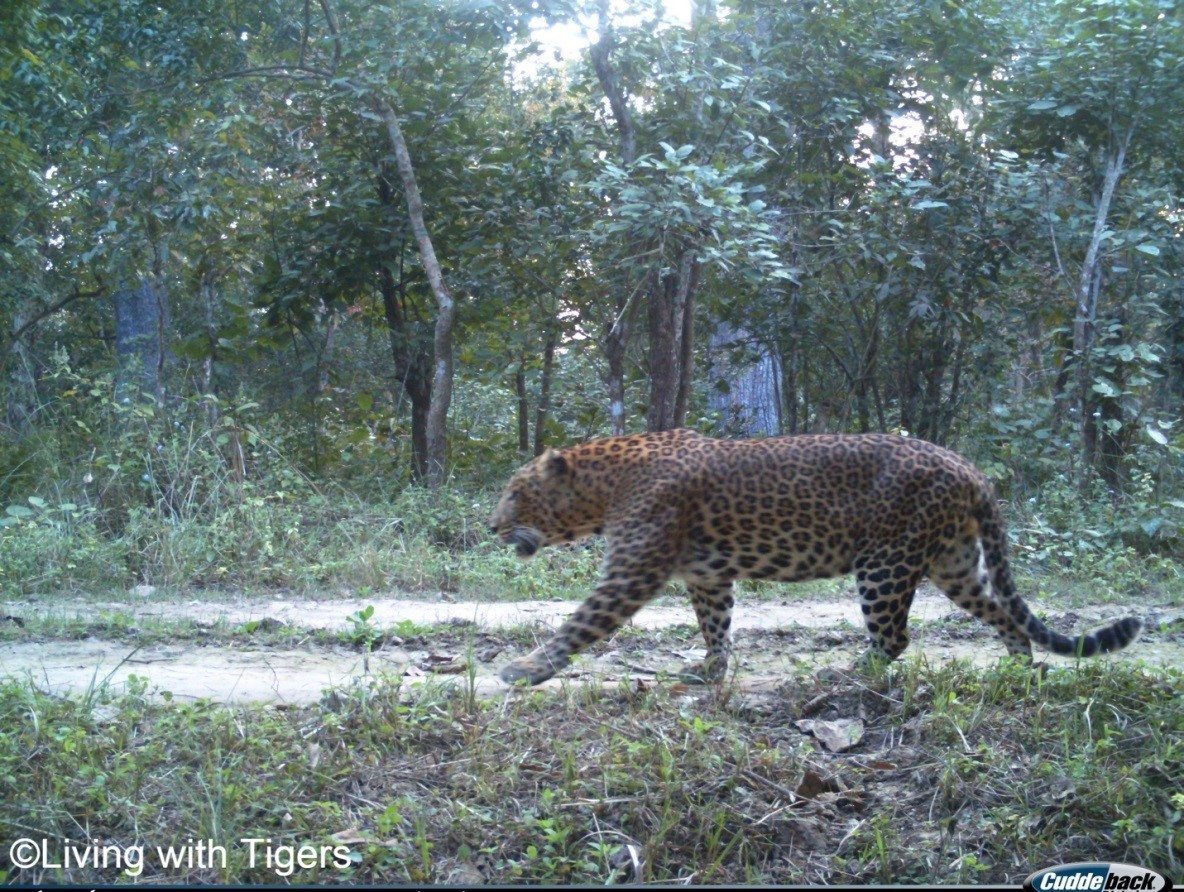 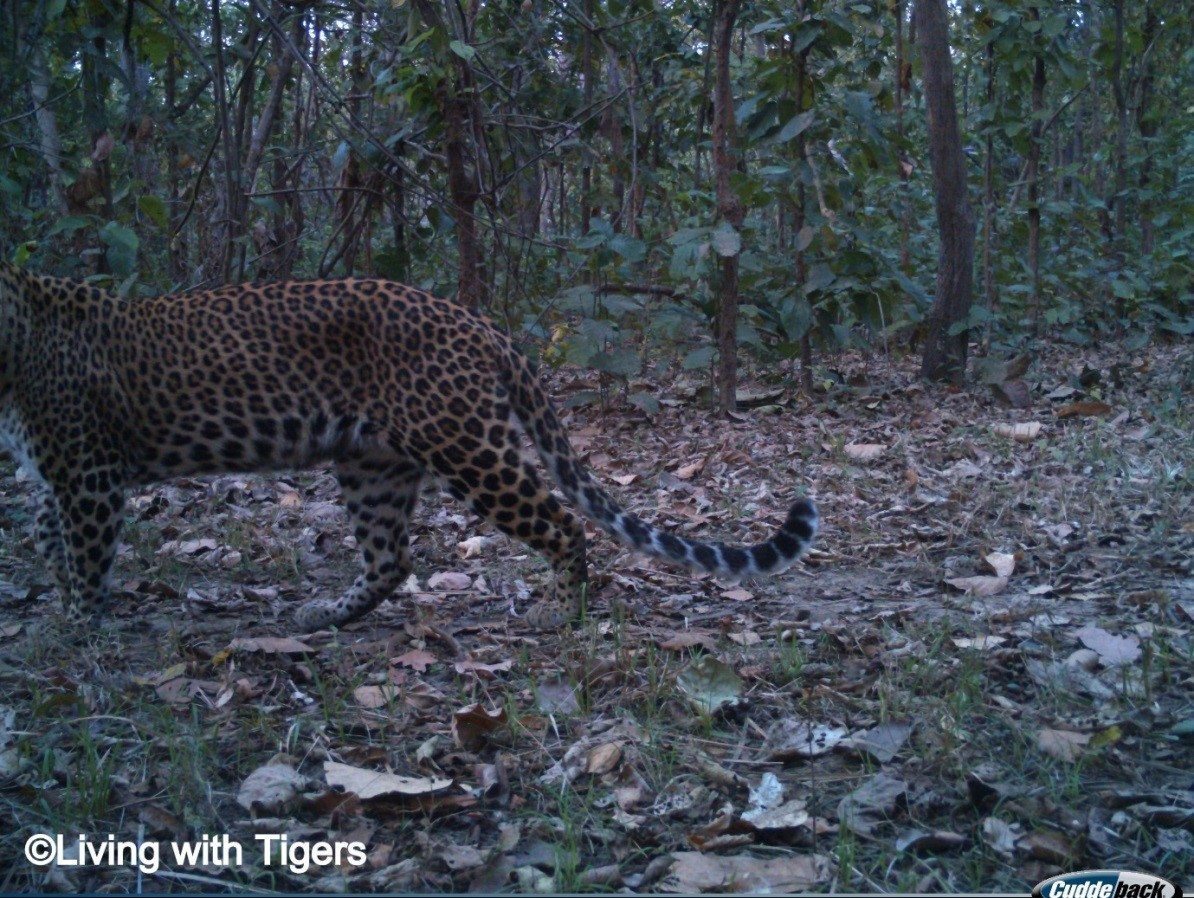 “It is always important when starting out as a young conservationist to follow your instincts while respecting the knowledge of others. What do I mean by this? Well, the beauty of camera trapping is that you might capture species that are rarely seen or record a species in a location for the first time. The latter means that experts might tell you that you could be wrong because a particular species is not recorded for your location and the image may not be clear enough for a positive identification. Don’t let that stop you making sure you have the correct identification for each species!

“I conducted some camera trapping in Borneo in 2014 and found some images of a pheasant species on my camera traps. Even though birds were not the focus of my study, I wanted to know what species it was, so I asked a bird expert for his opinion. He said that it looked very much like a rare species of pheasant (Bulwers pheasant) which had never been recorded in that location. Looking at the images that my camera traps had recorded, he confirmed that I had captured images of this rare endangered pheasant, making it a new record for the species in that region! So, if ever in doubt the best thing to do is to double check and double check again.

“One of the exciting things about being a conservation biologist for me is definitely the mysteries. Why do leopard cats in Nepal have fluffier and longer tails than those in Borneo? Are all Nepalese leopards more orange in colour compared to the ones in India or could it just be a few individuals of that subspecies across all its range that share that specific colour? That’s what science is all about, stumbling onto mysteries and collecting data to resolve them!”

Discover what activities the Living with Tigers project has been up to this year by catching up on the latest blogs from Amy and the team, here >

Amy was recently interviewed on Bristol Community Radio bcfm for a programme called Shepherds Way. You can listen to it here by selecting the 27/09/2017 programme to learn more about the Living with Tigers Project and Amy’s work.