Through a series of workshops different members of the group were able to offer support to long-term strategies for elephant conservation – looking at the techniques that have already been developed to reduce conflict and methods of alternative livelihoods.

Providing the communities with an alternative livelihood reduces the village’s dependence on crops that are raided frequently by elephants.

Our lead horticulturist at Chester Zoo – Maile Belanger – worked with the villagers to look at how they can increase the productivity of crops that are grown.

These workshops had a great turn out. Overall Maile was able to provide advice to over 230 people from 6 different villages in Assam.

Here she tells us more:

“I have travelled to South East Asia before so I thought I knew what I was letting myself into as to climate and living conditions. My only worry was about how my workshops would go down in the villages – had I prepared the right stuff and would they listen to a foreigner giving them advice.

“I was really excited about going to India because I have never been before and the expedition was giving us a chance to see ‘real’ India and not the areas that tourists would be seeing.

“I was really surprised how dusty and smoggy Guwahati was. I knew it was the dry season and the temperatures would be very comfortable but I just did not expect the amount of dust or how brown everywhere looked! Not the image of tropical India that you have in mind.

“Traffic was another surprising experience with all the different types of vehicles trying to use the road – trucks-buses-cars-rickshaws-tuk tuks-push carts-cows-bikes – and all using their horns at once! Road markings and signs meant nothing – you could have four lanes in two and traffic going the wrong way.  But everyone was calm there was no road rage-people just went with the flow.

“So-my main role for the expedition was being a horticulture expert and keen vegetable grower. I was tasked with preparing a workshop that would run for a few hours.”

“I wanted to know what vegetables were grown-the problems with pests or diseases-if soil testing was done-was compost made from kitchen waste-and whether companion planting and crop rotation techniques were used. Based on the feedback from the villages and what the need was-I prepared 2 separate presentations.

“I’m glad I went prepared with print outs because most times the workshops were held outside with no power around!”

“I really enjoyed preparing the workshops as I learnt a great deal myself. As I’m used to working in a different climate-with different soils and plants etc it meant I had to do a lot of research around the plants and pesticide ingredients that would be available in India.

“For example baking soda can be used as a fungicide and when I asked about the availability of baking soda I got this reply from Nandita (Assam Haathi Project co-ordinator:

‘Baking soda is readily available. In fact before baking soda was introduced in the rural areas-distilled water & ash made from burnt banana trunk was-and still is-traditionally used for cooking certain dishes. This water is called khar in Assamese.’

“One of the aims of the Assam Haathi Project is to reduce the reliance the villagers have on the income from their rice or tea fields. The project encourages the villagers to grow more vegetables for themselves so that if they do lose income because of elephant damage then they still have a means of feeding themselves. 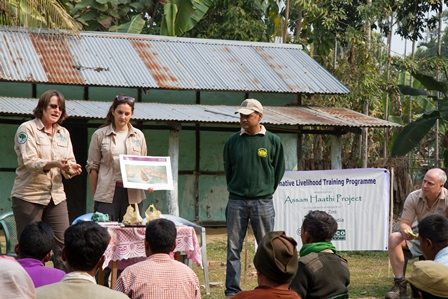 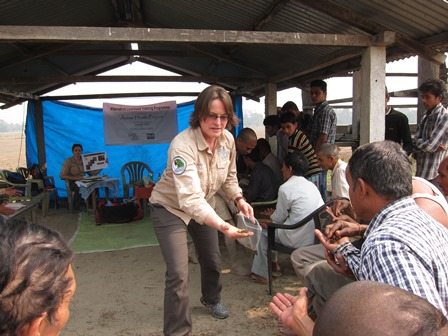 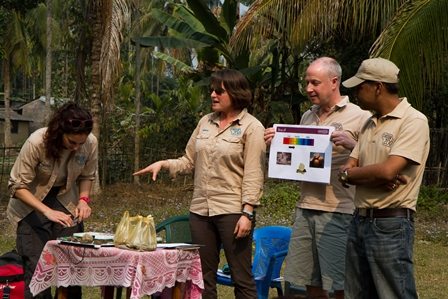 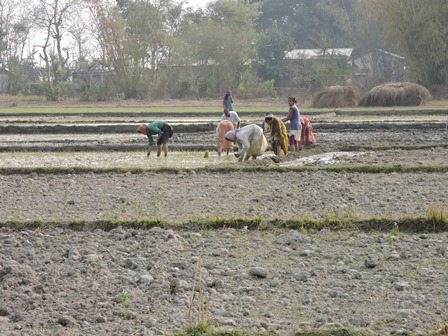 “So-the main purpose of my workshop was to try and improve home vegetable production. So-I focused them on two topics:

“The workshop was very important not just because of the knowledge I shared but also because of the link we are maintaining between the zoo-Eco-Systems India and the villagers.

“I think to some villagers I was also able to introduce new techniques to help improve their production. For example-home composting seemed to be a new idea to them and they seemed excited that they could recycle their kitchen scraps and then use the compost to improve their soil.

“The villagers were all very attentive during the workshops and were not afraid to ask questions – several took notes during the workshop. Each village was very welcoming. I had asked the villagers to bring a soil sample from their garden and any examples of pests and diseases with them. Sometimes they were shy about bringing these things forward but once I started talking about soil it was hard to then get through everyone’s questions and queries! 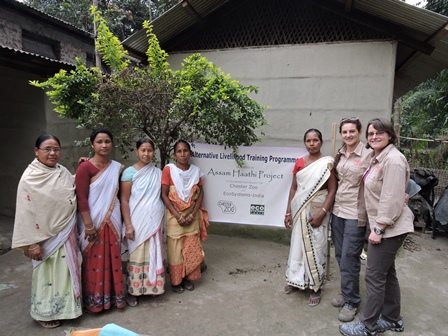 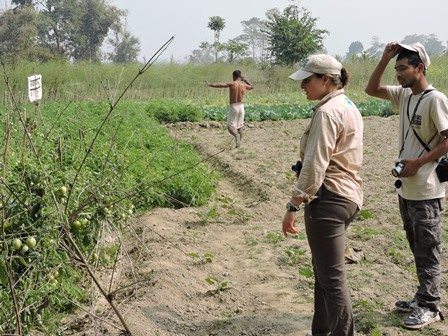 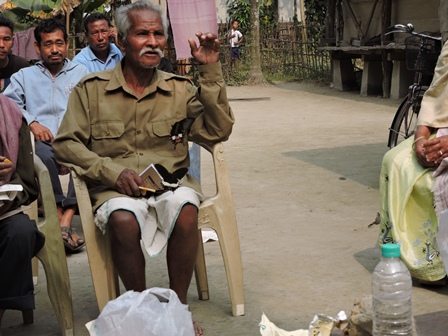 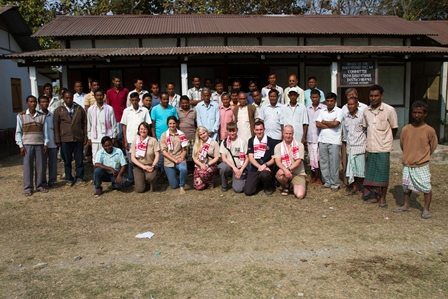 “As the workshop went on more problem plants were brought forward as well. Some topics were new to them like composting-companion planting and homemade pesticides/fungicides. It was such a relief for me to know that what I had prepared was useful.

“Without the project we wouldn’t have been able to do our workshops. It has created such a great working relationship with the villagers – they trust the project team and because of that trust the villages welcomed us in. Also through the Assam Haathi Project real solutions that work are being found and implemented in the villages (including wood efficient cook stoves-looms for weaving-education about elephants-chilli nurseries-electric fences-and bamboo and banana plantations). It is a two way project where we are learning from the villagers and listening to what they need/want and the villagers are learning from us.

“The highlight for me was the feeling that I could have given information to people that will make their lives better-and help to protect the elephants from harm. It was such a rewarding and humbling experience and makes me appreciate all that I have. It was such a great privilege to be invited into these small villages in rural India and learn from them.  We were treated to several cultural dances and samplings of some homemade rice beer. I feel I have made many friends there and would love to go back to help in any way that I can.”