Taking you to the incredible island of Madagascar

“Madagascar has a large amount of endemic species but they are facing a massive amount of threats such as huge areas of forest being destroyed, hunting for bushmeat (especially affecting the lemurs), but also deforestation and pet trade in the case of the golden mantella frogs which we are working hard to protect. It’s recognised internationally as a biodiversity hotspot and it’s an area where we have very strong network and have a great partner: Madagasikara Voakajy.” 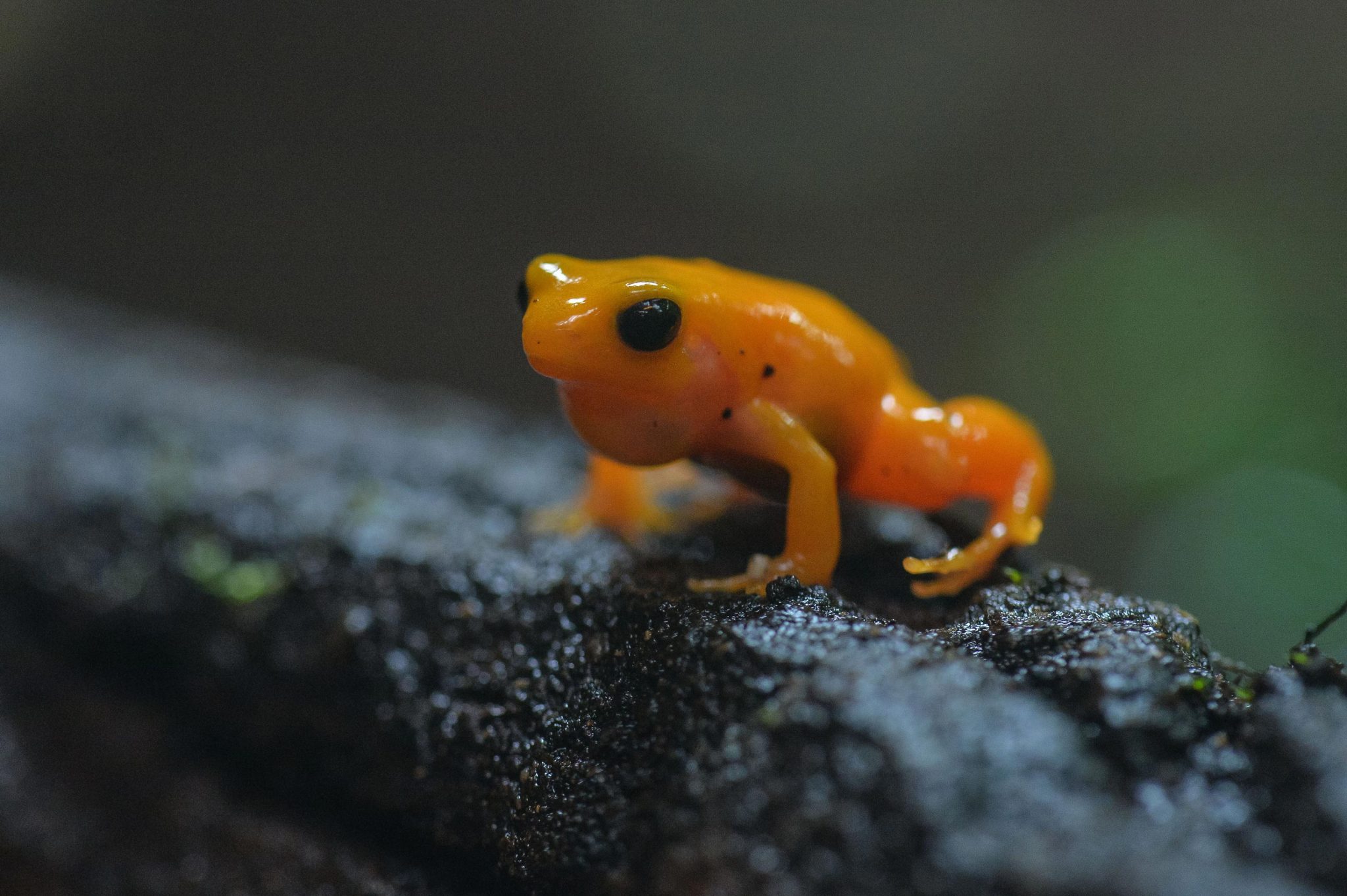 You can find a number of Madagascan species at Chester Zoo, like the striking golden mantella and lemurs, which we’re also fighting to protect in the field with our partners, Madagasikara Voakajy. The local NGO has been working on the front line of conservation for years and has developed a range of projects studying diverse species such as baobab trees, fruit bats, chameleons, frogs and fish, among others.

One of the projects we’re heavily involved is protecting the tiny, colourful frog: the golden mantella. Gerardo Garcia, curator of lower vertebrates & invertebrates at Chester Zoo, tells us more:

“The golden mantella is a flagship species for amphibian conservation in Madagascar. It’s very charismatic and also the most common and attractive amphibian in the pet trade in Madagascar. It’s an animal that is very colourful, very active, small, so it ticks a lot of boxes to become a popular pet and it’s been on the trade for a long time.”

The trade of these endemic animals is legal and regulated by CITES, however, the number of individuals left in the wild has not yet been thoroughly estimated. We’re working with Madagasikara Voakaji to monitor the populations and obtain some estimates of both populations’ density and dynamics.

Having monitored the species in different ponds for years, Madagasikara Voakaji developed a monitoring programme of presence and absence of the frogs in 100 different breeding ponds allowing them to get an idea of the dynamics of the different populations but not an actual estimate of the population size. To get this number, a new study was designed, by injecting fluorescent colour under the frogs’ skins using capture-mark-recapture, and scientists were able to identify and monitor different groups of frogs.

Visiting four ponds three times over a year in 2015, the team collected a robust data-set and decided to repeat the survey a second year to strengthen the estimates and the results are currently being analysed by the Durrell Institute of Conservation and Ecology at Kent University to gain an estimation of the population size in these ponds. 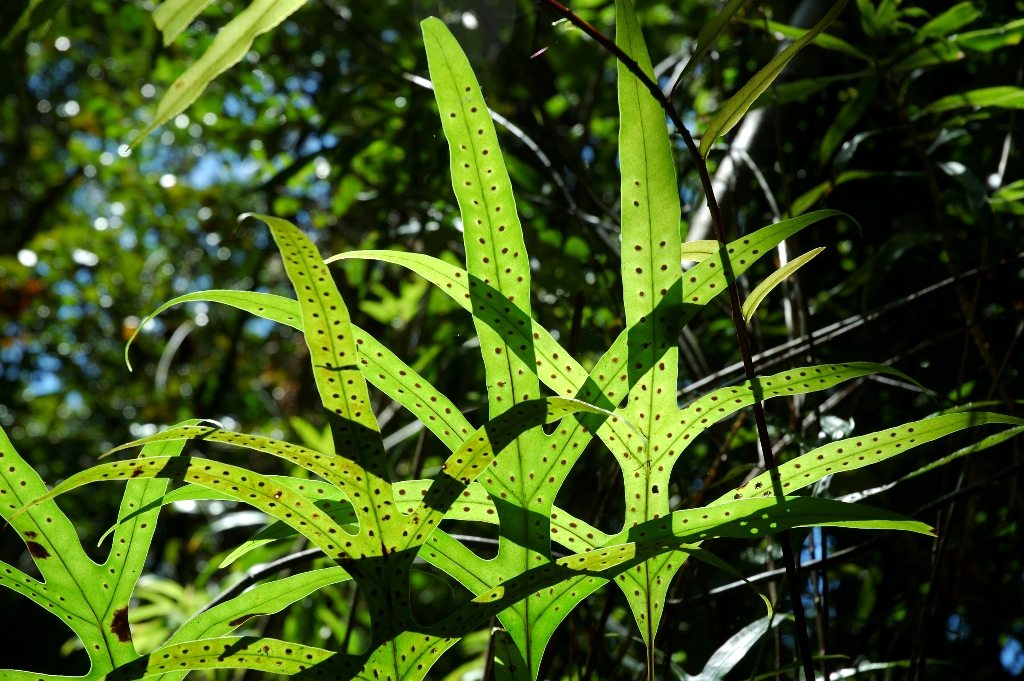 Madagasikara Voakajy has also been successful in getting the area, where we’re carrying out this vital research, recognised as a protected area – protecting 68% of the known breeding ponds for the species. This means that there are now a set of guidelines and rules for the local communities that use this area of the forest, preventing further defrestation, etc. These communities are now working with Madagasikara Voakajy and take an active role in the protection of the threatened species by patrolling for illegal gold mining activities and helping to collect data themselves.

There are other actions that could be considered to help protect the species in the long term, including building corridors to connect golden mantella populations and also restoring historical ponds that have been damaged by previous mining activities. Technology could become an important tool in monitoring the species using drones and call recorders to assess the progress of restoring the area.

Obviously there are other species living there, like lemurs! And they are not excluded from the impact of the unsustainable or illegal use of natural resources.

There are 111 different types of lemur found in Madagascar; 93 of which are assessed as threatened (either vulnerable, endangered or critically endangered by the IUCN Red List). Key actions are needed to protect this endemic animal and is the reason we’ve started a new lemur survey project! With at least nine species present in the Mangabe protected area, it is essential to take action as habitat destruction and hunting for bushmeat are still important issues in the area.

Madagasikara Voakajy have been working on a project, Youth for Lemurs, Lemurs for Youths project since 2015, that aims to build a network of young lemur conservation ambassadors within the protected Mangabe area. This is done through trainings on improved agricultural and farming techniques and also through communicating the link between implementing these techniques, conserving lemurs and improving their livelihoods.

Our ultimate goal is to stop lemur hunting by 2020!

Our new lemur survey project will assess the distribution and population numbers of the large diurnal (active during the day) lemur species and will use this data to evaluate the success of the Youth for Lemurs, Lemurs for Youths project. Threats from hunting are currently being assessed throughout the dry season and then 60 monitoring plots will be surveyed up to six times during the wet season. The whole process will be repeated each year for three years to build up information on the distribution, population of lemurs and threats within the Mangabe protected area and assess.

Watch this space for more updates from Madagascar and the projects we’re working on in this unique region.

Explore our new Madagascar PLAY! space at Chester Zoo which is inspired by the important region and highlights the conservation work we’re doing to protect wildlife here. Discover more here >