The 25 Year Environment Plan: We Must Do More

The UK Government has published its first progress report on the 25 Year Environment Plan, first launched in January 2018.

The Government appears to be on track to deliver on 90% of the priority actions identified – but these actions do not go far enough. One million species are facing imminent extinction worldwide. We must do more.

“Together with other environmental NGOs, we welcomed the plan when it was first produced in 2018 but raised concerns about the unambitious targets set within it that didn’t seem to reflect the urgency of the problems that we face.

The recent IPBES report on biodiversity and Ecosystem Services has used the extensive scientific evidence to reveal just how urgent this now is – with one million species now at imminent risk of extinction – and called for a transformative change to Government agendas to tackle the issue. In the light of this, although we welcome their review of progress, it is disappointing that the Government has stuck to reporting on existing actions and seemingly avoided a review of the appropriateness of their ambition in the original plan.

There are certainly some encouraging signs from the report and some opportunities for the future. A draft Environment Bill is under development and this does at least set out a blueprint for a more ambitious approach for protecting the UK environment post Brexit, with legal underpinning and a commitment to reversal of the loss of wildlife, as opposed to maintaining the status quo. Questions remain about the resource required to ensure delivery and where this will come from.

Commitment to biodiversity net gain in new developments, including housing, and a new system of environmental land management whereby farmers are paid for their work to protect the environment are romising.

In order to monitor progress, a 25 Year Environment Plan outcome indicator framework is being developed. Unfortunately this reveals some distinctly unambitious targets that do not seem to address the urgency of the problem at hand. For example, restoring 75% of our protected sites to ‘favourable condition’ (this should be 100%), woodland cover increased to 12% by 2060 (even allowing for the relatively slow growth of trees this is inadequate) and eliminating avoidable plastic waste by 2042 (clearly not good enough if we are to tackle this serious problem).

Distinctly lacking in the outcome indicators are any species targets, which are needed. The original plan contained a section on combatting illegal wildlife trade, and the passing of the Ivory Act imposing a strict ban on the ivory trade in the UK was welcome, but despite the Government hosting an international conference on this issue last year, progress on other aspects of tackling this serious problem has not been included in the report. 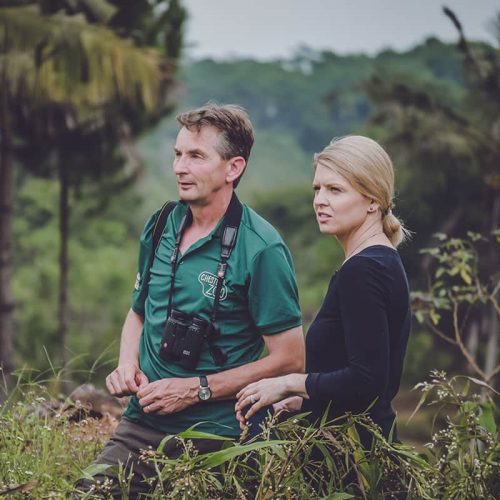 We welcome progress on tackling the problem of plastic waste and pollution, notably moves towards banning of plastic straws which we helped to pioneer here in Chester together with partners in the city. However, there is much more to do on curbing plastic waste and a need to revise the targets set in the original plan to reflect both the urgency of the problem and the commitment of the public following recent high profile campaigns.

Actions that have been delayed include those relating to soil and peat protection and managing environmental exposure to chemicals, including pesticides.  There is now a large body of research, much of it highlighted in the IPBES report, showing that soil degradation and excessive pesticide contamination are causing significant biodiversity loss and contributing both directly and indirectly to climate change. The lack of urgency on these crucial aspects are a major cause for concern and we would urge the Government to make them a priority.

It is certainly encouraging to see the commitment to regular review of the Government’s Environment Plan and we look forward to engaging in some of the implementation where we have expertise to bring. Ultimately the pledge made in the report for us to be the first generation to pass on the natural world in a better state to our children will only be realised if the plan’s targets are revised to reflect the urgency of the situation and achieving them is further prioritised across all areas of Government policy.

The natural world is under threat, but we are capable of solving the crisis if we act now.”