The conservation breeding of black rhinos

With less than 650 now believed to be left in the wild, the new arrival was a welcome addition. Eastern black rhinos are listed by the International Union for the Conservation of Nature (IUCN) as critically endangered in the wild, which is why we’re part of a successful breeding programme.

Our scientists and animal care staff have contributed to the zoo’s successful black rhino breeding programme. We have spent several years carefully monitoring the hormone levels of the resident female rhinos in a bid to discover the best time to introduce them to a potential partner. 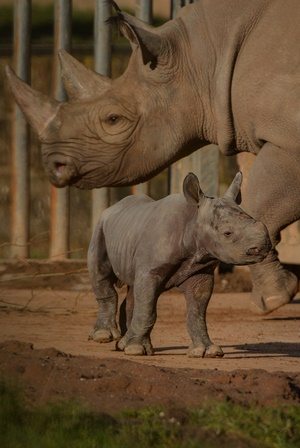 These hormone levels are monitored by analysing rhino dung – yes, rhino dung! Our zoo keepers regularly collected rhino dung samples from each of our female rhinos and pass them over to the lab at the zoo for testing. It is then broken down and the team are able to extract all sorts of hormonal indicators from it.

Tracking hormones gives an insight into what is going on inside the animals. It can help tell us things like whether or not an animal is a seasonal breeder, whether it has reached puberty, whether it’s cycling on a regular basis or not and when the optimum time to introduce a male to a female is, as well as diagnose pregnancies and estimate when an animal will give birth. 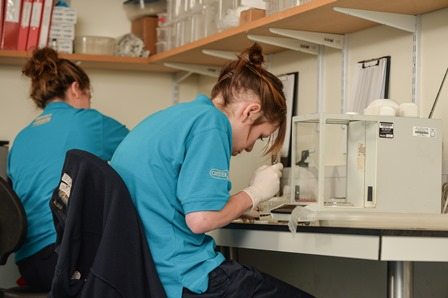 Chester Zoo has been successful in breeding a number of critically endangered black rhinos and plays a vital part in the international breeding programme. Our director general, Dr Mark Pilgrim, is responsible for managing the European breeding programme for this species.

In recent years the European population has seen an increase in birth rates – which is great news! This is as a result of research from scientists from Chester Zoo, The University of Manchester and The University of Liverpool who assessed the reproductive performance of the European captive population of Eastern black rhinos to identify where improvements could be made along with hard work from all the animal care staff who look after the rhinos.

Join the fight by signing up to our newsletter