Dr Mariana Catapani takes us on a tour of her work in Brazil, investigating the puzzles of human behaviour to answer some of today’s most pressing wildlife issues.

Take near enough any conservation project in the world, and you will find that human behaviour lies at the heart of the issue…

These behaviours may be the essential ways we support our needs, or simply unconscious acts and habits that are part of our day-to-day life. There is always something to address.

Dr Mariana (Mari) Catapani is one of Chester Zoo’s latest Conservation Fellows, working in Brazil with our partner NGO, ICAS, where she studies the human dimensions of giant anteater and giant armadillo conservation.

We talked to her about her research. 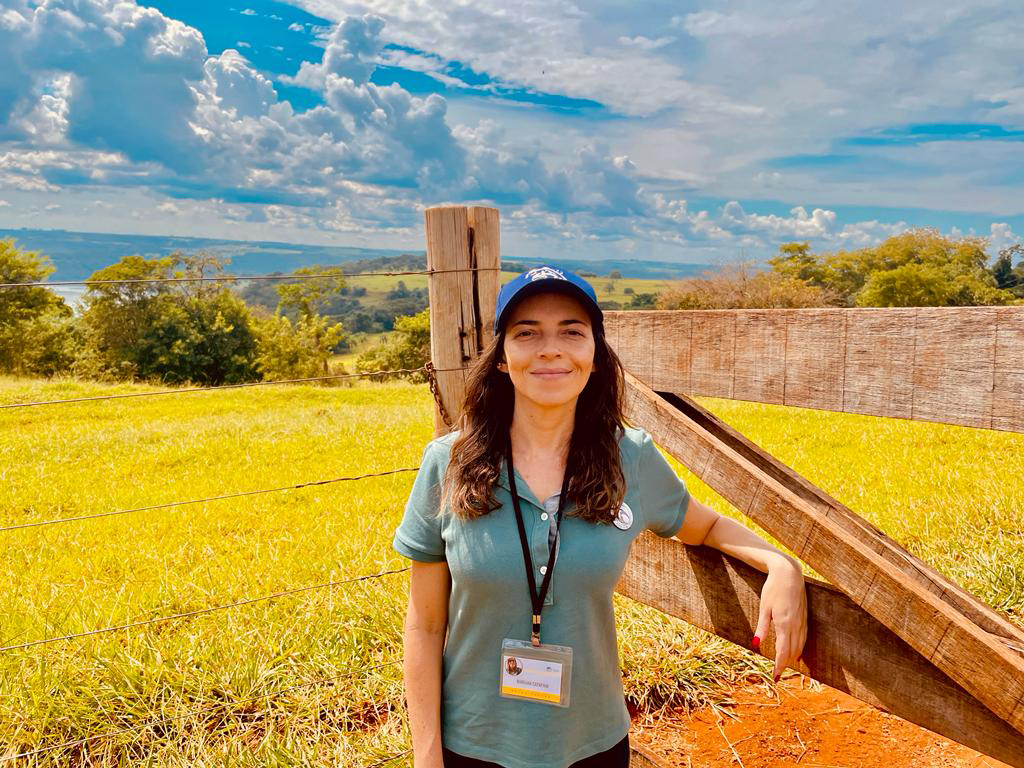 Hi! My name is Mari, and I’m an interdisciplinary conservationist who has been working in Brazil for the last 16 years. Much of my previous work has involved studying the biology of endangered species, especially anteaters. But as human behaviour is the key driver of all major threats to biodiversity, I’ve become particularly interested in the use of social science to better understand the economic, social, and psychological factors behind these behaviours. This knowledge can inform conservation interventions that promote a more harmonious coexistence between people and wildlife.

I completed my PhD in 2020, through which I aimed to understand and address the drivers of interactions between people and giant anteaters and giant armadillos. The problems I study range from wildlife-vehicle collisions to superstitious persecution of wildlife. Let me tell you more about these!

Brazil is exceptionally biodiverse, a reflection of the wide variety of biomes that are found in our vast country. Our flagship species also occur across an extraordinary range of human landscapes.

This diversity faces threats stemming from human activities, such as agricultural and livestock production practices, the transportation of goods and people along Brazil’s busy highway network and the ever-increasing human presence in natural areas. Furthermore, poverty, poor regulation, and weak political will for change bring added layers of complexity to these challenges. 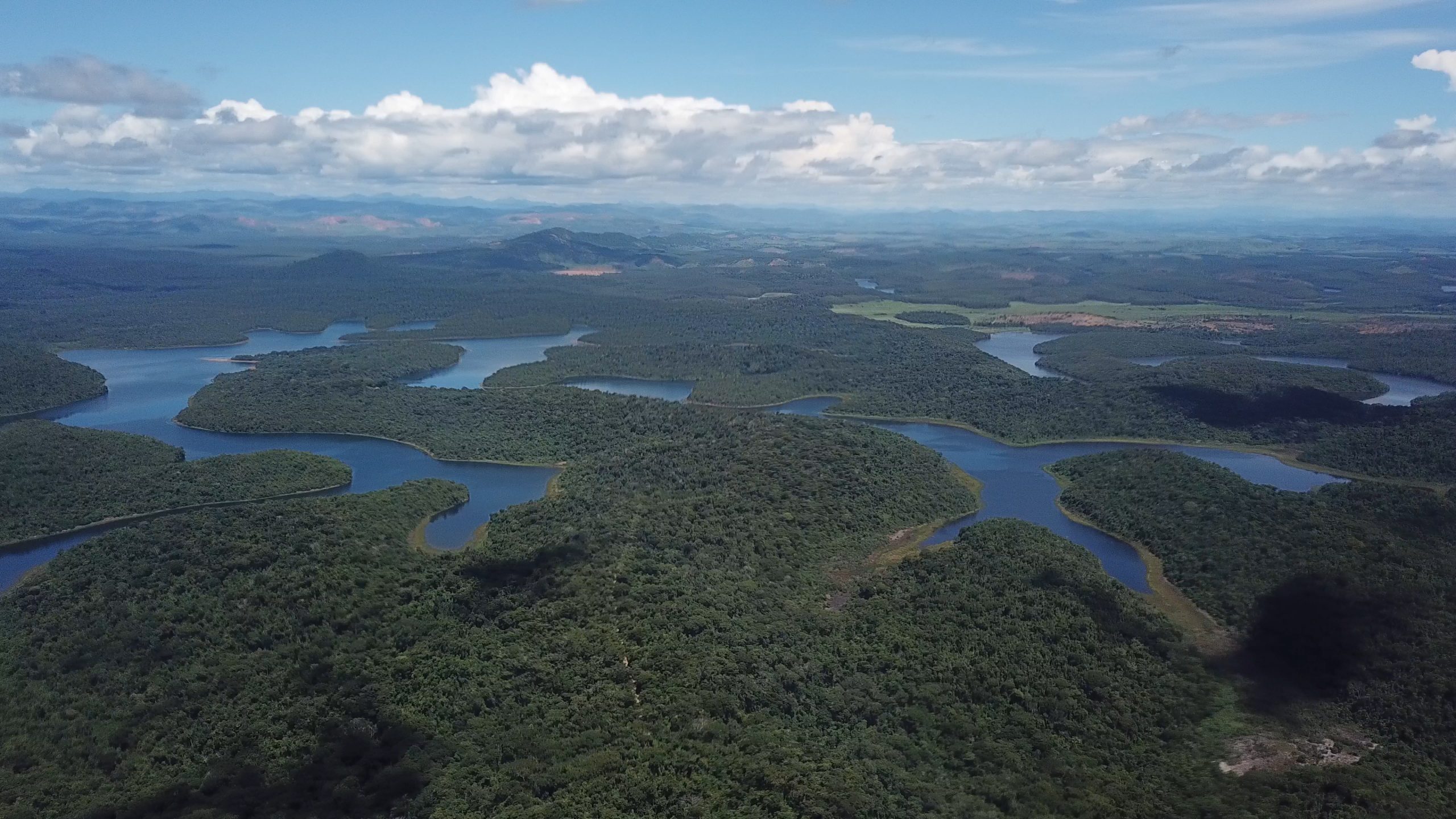 The Anteaters and Highways Project is focussed on the problem of wildlife-vehicle collisions (WVC). By working to make roads safer for wildlife, we can also improve road safety for people, and reduce the financial cost of repairing the damage that vehicles suffer from WVC incidents. Driver behaviours are an important factor to consider when addressing this problem.

Our first step is to examine how different kinds of interventions, such as road signage, affect driver behaviours, and how we can work with key stakeholders to reduce WVC. 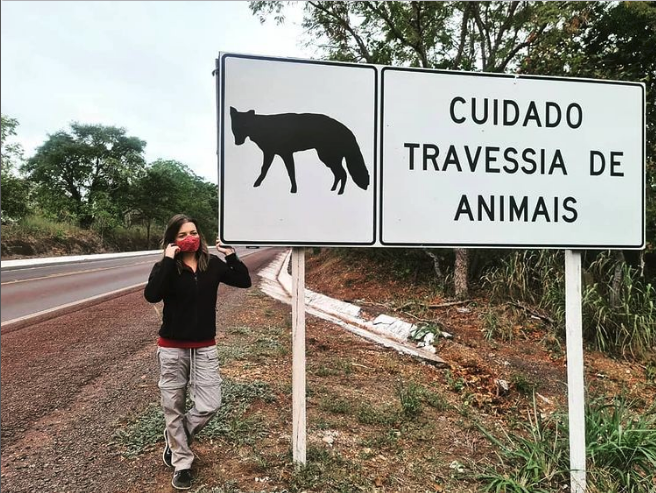 One particular case within this project is collisions between giant anteaters and trucks along the interstate highways. Truck drivers are often blamed by the broader public for WVCs, with the perception being that they deliberately run over animals, and they feel stigmatised as a result.

Through talking to lorry drivers, we have learned that avoiding collisions is particularly challenging in their case, as swerving or braking suddenly in a large articulated lorry is very dangerous. Often they have no choice but to run over animals that appear suddenly on the road in front of them.

We’re turning this issue on its head completely, by engaging with lorry drivers and making them part of the solution.

We have developed an app that truck drivers will use to record the presence of wildlife and WVCs along the roads. This is massively expanding the amount of data that we can gather across the highways of Mato Grosso do Sul state. The information will be used to identify WVC hotspots, so that we can work with road authorities to plan the deployment of warning signs and mitigation measures.

Social recognition for this is key too, and we’re working with truck companies to certify those drivers who are making a difference to reduce collisions with wildlife as ‘Highway Heroes’, to improve how they are perceived by the public.

For giant armadillos, two of the main projects we’ve been working on are their relationship with beekeepers, and the threat of fire.

Armadillos regularly suffer persecution from beekeepers. Hungry armadillos break into their hives in search of bee larvae, which threatens their livelihoods. We’ve been working with beekeepers to learn how they protect their beehives at the moment and rank the effectiveness of different options.

With that knowledge, we’re helping beekeepers to install more effective defences, like placing the hives on stilts well out of the reach of armadillos. No hive raiding, no retaliation! We’ve also created a certification scheme to acknowledge beekeepers’ efforts to implement this mitigation, as well as an app to gather data for future management and keep beekeepers engaged.

We hope that all of these interventions combined will make beekeeper-giant armadillo coexistence a benefit rather than a challenge.

Fires are a very different problem, affecting far more than just giant armadillos. However, our shielded friends are among the most vulnerable wildlife, with little ability to outrun a blaze.

In the Pantanal, fire has been historically used alongside livestock farming to renew pasture and control parasites. But through 2019 and 2020 the region experienced a record number of wildfires, leading to negative impacts on the whole ecosystem in terms of wildlife and services for people. As well as intense drought, inadequate practices of fire use and control may be contributing to the issue.

A deeper understanding of traditional fire use in the Pantanal – where most lands are private property – may help us integrate fire management with the nature conservation ongoing in the region. In time we hope to save thousands of hectares of habitat from devastation each year.

More work, and a future?

There are plenty of other examples of the work we do, from reducing negative interactions between roaming domestic dogs and giant anteaters, to addressing some of the superstitions that lead to the persecution of these giant mammals.

I will continue focusing my social science research on the complex human stories behind these conservation issues, until we are able to achieved long-term coexistence for people and South American giants in their shared habitat.

Fighting Fire in the Pantanal