“Danilo Kluyber, Project Veterinarian, and Gabriel Massocato, Project Biologist, led two expeditions in both June and July in the Pantanal with two volunteers on both occasions. Then in August, I led an expedition with Gabriel, Camila Luba, a Veterinarian and Reproductive Specialist, as well as a volunteer. 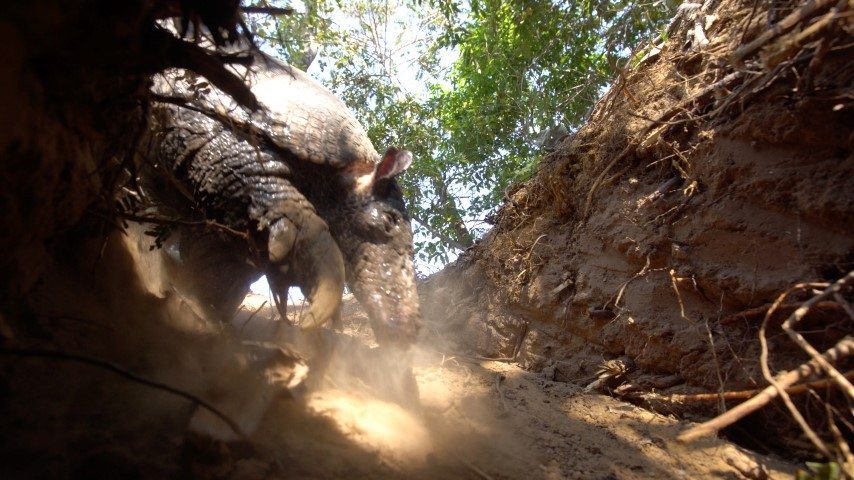 “Overall, all the animals are doing well but unfortunately we were not able to locate all of them. The batteries ran out of the transmitter from Liana, an adult female giant armadillo that we first monitored in 2012 and then again in 2015. Emmeline, a female giant armadillo captured in December, was very closely monitored these past few months as camera traps had shown in January that she had a 4-6 month old baby with her. However, there was no evidence of the baby anymore so we believed it died sometime between January and June.  As for Tim and Isabelle, two adults giant armadillos, despite our searches there was no sign of them. Researching giant armadillos is a game of patience! 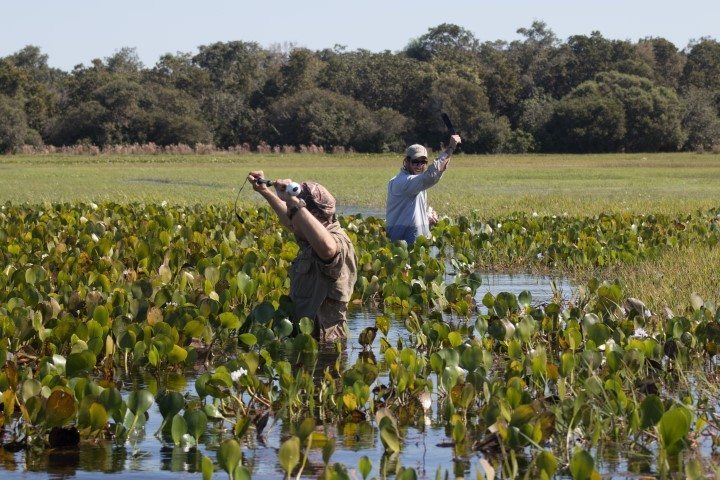 “Eric, Mafalda, Renee, Emanuel, Caetano and Tex are all doing great and they all have been fitted with a GPS Tags. Emanuel had a deep hole in his foot when he was first caught in December but in August when he was recaptured we could hardly find a scar!

“We then had another expedition in September coordinated by Gabriel along with Danilo and Debora Yogui, project veterinarian. These past two months have been incredibly hot and dry and in September fires broke out in neighboring ranches. Large areas were burnt and the landscapes became desolate in many areas but none of the animals we’ve been monitoring have died.

“The highlight of the trip was the capture of a beautiful new adult giant armadillo that the team named Amanda. She is a very healthy, huge and gentle adult and is occupying an area that we know Wally, a male we monitored two years ago, uses as well. 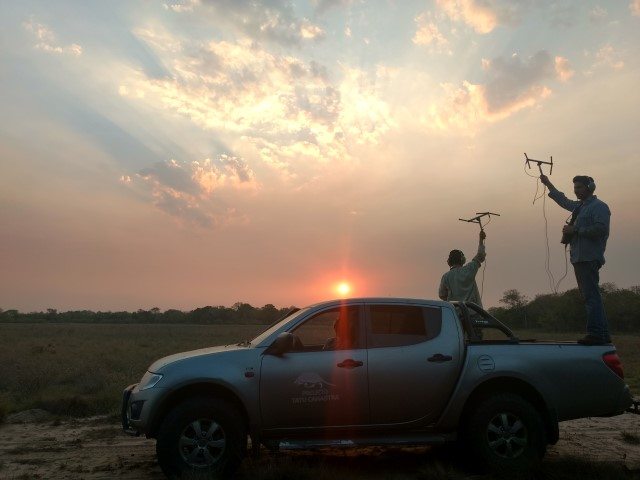 “The next expedition we ran in October consisted of Danilo, Nina Attias, a Brazilian biologist doing a postdoc with us and me. As Danilo and I climbed on the back of the truck and set our receptors, they started beeping. Without having moved we heard the beep we spent days searching for, which meant that Emanuel was only 300m from us! However, it still took us four nights to be able to capture him and fit him with a GPS.

“Two ranches away from Baia das Pedras, a large forested area is being converted to pasture meaning that everything is being removed, burnt, and flattened. We must however accept and understand these changes in the landscape. The owner bought this land a few years ago and needs to increase the area of pasture to sustain the ranch. This is all legal and is part of the changes the Pantanal is slowly undergoing. The owner has always been very welcoming of the project and happy to know we work in the area. Unfortunately, the area being destroyed was where our male Caetano lived so he crossed and swam across the floodplain to an area without machines, noise and fires. 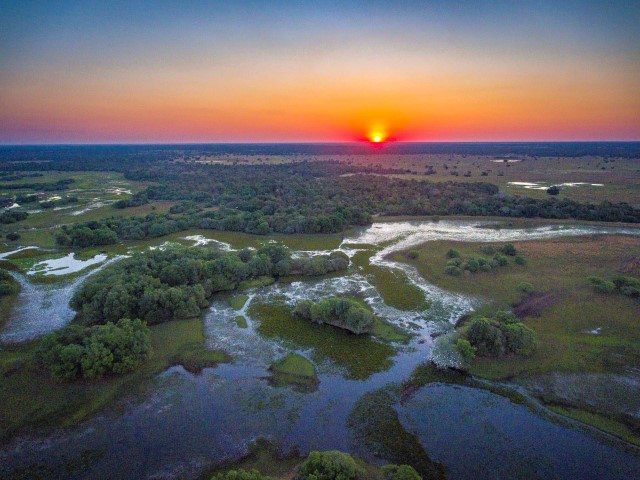 “We are also involved in a corridor initiative and are starting talks for our data to be used in a Cerrado restoration initiative. This data on giant armadillos is unique and no other species in the state has such detailed distribution information!

“Giant armadillos are now being used as a flagship species for biodiversity conservation in the state of Mato Grosso do Sul. A species few people knew about only a few years ago is now influencing habitat conservation measures! We could not be happier!”