Having met our Veterinary Officer, Steve Unwin, who is heavily involved in the Orangutan Veterinary Advisory Group (OVAG), in 2009 at the first OVAG meeting Yenny has since become a leading member of the steering committee. OVAG is a network of experts working in orangutan conservation, and aims to bring together those working with the species to share expertise, knowledge and the exchanging of ideas to move forwards with effective orangutan conservation.

Yenny explained that OVAG is like a family, allowing Indonesian vets working with orangutans to share their cases and work towards improving the standards of all orangutan centres in the country. Below she tells us a bit more about the threats faced by orangutans in her country and her passion for this incredible species: 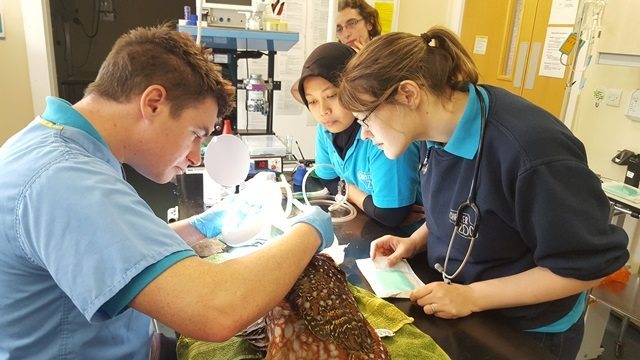 “I’m currently working as a Senior Veterinary Manager for the Sumatran Orangutan Conservation Programme (SOCP) in Sumatra, Indonesia, and that means that I supervise the SOCP vet team.

“The SOCP was established in 2001 and is part of Yayasan Ekosistem Lestari (YEL). SOCP has a lot of programmes focusing on the Sumatran orangutan which means we do not focus only on rehabilitation; we are also conducting research and working on issues such as habitat destruction and restoration. We also raise awareness within the local communities.

“When I look at orangutans, they just look different from the other animals. They are very intelligent and they have similar expressions as humans but that also makes working with that species very challenging but being Indonesian, I want to play a role in keeping this special species safe. 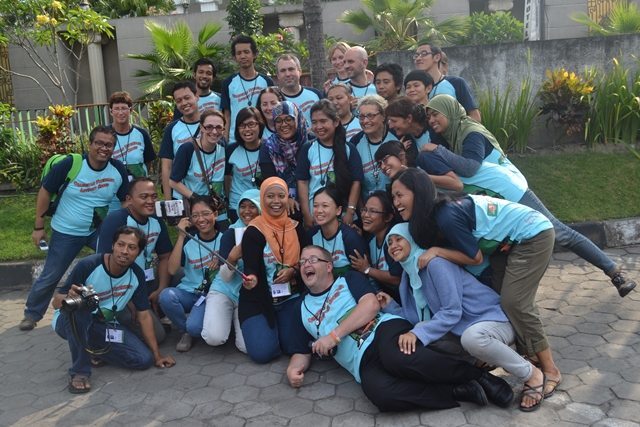 “The Sumatran orangutan is classified as Critically Endangered on the IUCN Red List. They usually come to our rehabilitation centre because their habitat has been destroyed by the deforestation process. Many orangutan infants are now coming to our centre because people are killing their mums so they can have the babies as pets. We confiscate them on behalf of the Forestry Department.

“People are selling the babies to people who then keep them as illegal pets. Once rescued or confiscated, they need to spend months sometimes years in quarantine to learn to become wild orangutans again and to make sure they don’t carry any human disease back to the forest. It makes me so happy that we are so successful returning these orangutans successfully back to the wild.

“The number of confiscated animals from 2001 to now, is totalling 349 orangutans. We released a total of 168 individuals at the reintroduction station in Jambi and 102 in Jantho and currently we still have 51 orangutans at the quarantine centre.

“At the moment we are developing a new project called Orangutan Coffee. This project is taking place in the middle part of Aceh, Indonesia, and we are planning on selling the coffee from organic plantation based there and then export that coffee to Switzerland, England and other countries. The benefit would then in turn help raise money for other SOCP’s programmes.”

We have been supporting OVAG for a number of years and Steve Unwin, our Veterinary Officer, has been involved working towards becoming a major force in shaping conservation medicine work across Indonesia and Malaysia.

We’ll catch up with what Yenny has been up to at Chester Zoo and our colleagues following her work placement in the UK.