Each year, a group of staff from a variety of departments across the zoo are sent into the field to get hands on with conservation work. This not only gives staff the opportunity to get involved in activities that they would never normally get the chance to, but it also provides the opportunity to carry out conservation work that wouldn’t be possible without the extra manpower.

This year, eighteen members of staff will be heading to the west coast of Wales for two weeks, for the first staff expedition in the UK. The main objective is to assist our field partners with conservation action through wildlife recording and habitat management, and to engage the public with UK wildlife conservation.

The two projects we are working on are Living Seas and Summit to Sea.

In the first week of the expedition, we’ll be working with The Wildlife Trust of South and West Wales and the North Wales Wildlife Trust on the Living Seas project, which aims to inspire people about the sea and provide better protection and management of our seas to increase populations of species which have declined due to pollution, unsustainable development and overfishing.

The team will be waking up early every day and heading down to the coast between New Quay and Aberystwyth to participate in marine wildlife surveys, shore searches and beach cleaning. Some of the species we’ll be looking out for are cetaceans (whales and dolphins), and angel sharks , along with all sorts of animals and plants in rock pools and on the shore. Due to the time of year, we’re expecting to see bottlenose dolphins around the coast, but also hope to see harbour porpoises and seals.

At the end of the week, on Saturday 8th June we will be running a super sea-side celebration for World Oceans Day at the sea front in Aberystwyth.

During the second week, we’ll be joining forces with various partners including the Woodland Trust to provide essential assistance on the Summit to Sea project. It’s an initiative that aims to restore flourishing ecosystems and a resilient local economy, on a scale never before seen in Britain. The project wants to create a nature-rich area, stretching from the Pumlumon massif – the highest area in mid-Wales – down through wooded valleys to the Dyfi estuary and out into Cardigan Bay. 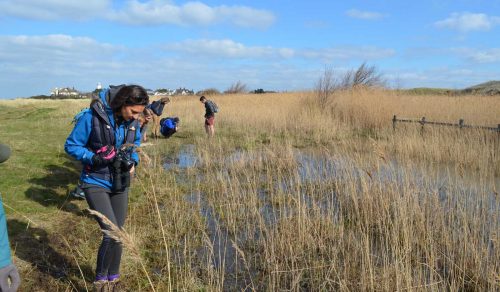 This week, the team will split into three groups; the building team, the walking routes team and the survey team. Each group has specific tasks to carry out during the second week in different sites in the area.

The building team (made up of various Maintenance team members), will be heading to Cambrian Wildwood to help create a small building that will be used for environmental education activities. The walking routes team will be trialling new routes which can be used for ecotourism in the area. And the surveying team will be conducting biodiversity surveys for various groups, including moths, small mammals and bats to inform future conservation action. 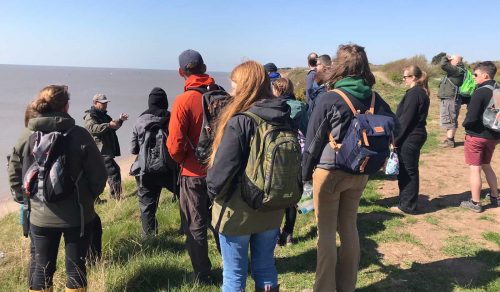 At Chester Zoo we are famously known for our work with exotic and endangered species, with conservation projects based in 30 countries across the globe. But some people may not be aware of the work we are committed to in the UK with many threatened plant and animal species. This year we decided to run a staff expedition in the UK to highlight that extinction is happening here to species in this country too, and to engage the public in ways which they can help UK conservation.

This is the seventh expedition that I have organised for Chester Zoo. It’s the biggest team we have ever taken and the combination of experts and volunteers has already created a real buzz of enthusiasm and excitement about our native wildlife.

One very special element of this expedition is that even after the two weeks, the team will be able to continue to use the knowledge, skills and passion they have gained, in helping to conserve and protect the animals and plants we all share our homes with!

That’s why we’ve chosen to spend World Oceans Day on Aberystwyth seafront to spread the word of the amazing marine life found along the cost of Wales! We’ll be joined by The Wildlife Trust and Craghoppers to deliver a day of enjoyable activities and educational talks. You can join in the fun!

Find out more about our World Oceans Day event