We caught the dramatic moment a rare giraffe entered the world on camera.

Orla, a highly endangered Rothschild’s giraffe, gave birth to the six-foot-tall calf on Wednesday (8 May) at around 3am after a two-and-half-hour labour.

The pregnancy lasted 477 days and keepers say the as yet unsexed calf is so far looking “strong and healthy.”

The birth – the second at the zoo in the space of just eight weeks – is another important boost for the global breeding programme for the endangered animals, with the wild population standing at just 2,650.

“When you’re the world’s tallest land mammal, your entry into the world is a long one… and not always very graceful. But since giraffes give birth standing up, a calf starts off its life with a drop of up to two metres to the ground. This fall breaks the umbilical cord helps to stimulate its first breath.

Following the birth, Orla’s calf was then on its feet within 30 minutes – and is already towering above most of the keepers at nearly six feet tall. It’s so far looking strong and healthy and is another special new arrival, coming hot on the hooves of Mburo who was born just eight weeks ago.

Mburo was clearly highly interested in the new thing that had landed near to him. Seeing the two young calves together is wonderful. 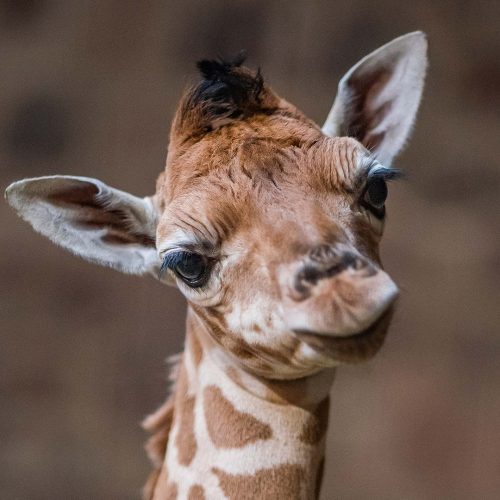 Rothschild’s giraffes are highly threatened with extinction although, thanks to successful conservation efforts, their numbers are known to be increasing in parts of Uganda, Africa.

Zoo experts, alongside The Giraffe Conservation Foundation (GCF) and the Uganda Wildlife Authority (UWA), have been working to protect some of the last remaining populations of wild Rothschild’s giraffes in two national parks – Kidepo Valley and Murchison Falls – with numbers in Kidepo alone rising by 2000% in the last 25 years.

In 1995 it was believed as few as just three giraffes remained there [in Kidepo Valley]. However, in 1997, three more were translocated to the park from Kenya in an effort to boost numbers. Now, with 12 calves born in the last year, at least 60 giraffes are now known to live in the protected reserve. 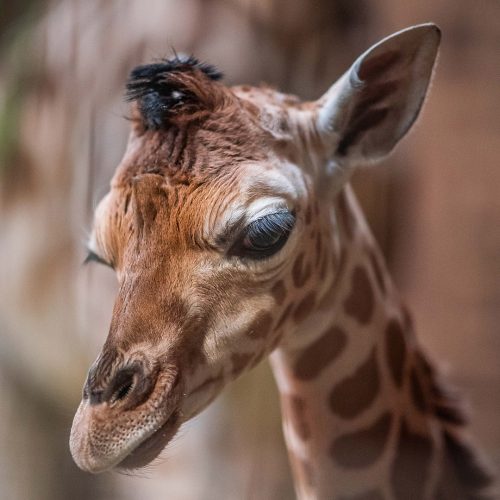 “Teams from the zoo regularly head out to Uganda to assist with the ongoing, monumental efforts to help prevent the extinction of the Rothschild’s giraffe.

While populations are still fragile and the threats of habitat loss and poaching remain for the majority of giraffes, there is certainly room for optimism in the areas where we work. Recent evidence now suggests that numbers are slowly increasing these areas, which is fantastic news. It’s a conservation success story that we’re very proud to be a part of. 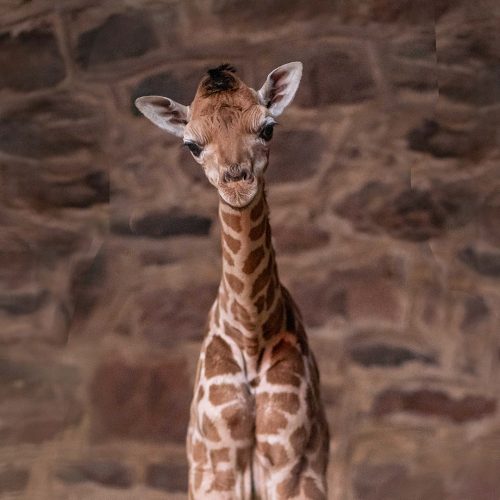 BOOK
PRE-BOOK your TICKETS to come and see us soon!
We look forward to WELCOMING you safely to the zoo!
Buy now
Plan
Your Visit