Happening on a massive scale, it’s actually the fourth most lucrative transnational crime and is worth up to a staggering $23 billion annually according to the IUCN.

The global wildlife population is estimated to have declined by almost 60% between 1970 and 2012. But there is still time to act and each of us can play a role in fighting illegal wildlife trade.

Wildlife Witness is an innovative app developed by Taronga Zoo in partnership with TRAFFIC, the wildlife trade monitoring network. Being the first global community action tool in the fight against illegal wildlife trade, the app allows tourists and locals to report wildlife trade in South East Asia and reports are then sent to Wildlife Crime Data Analyst who can then act upon it.

In 2016 Chester Zoo became the official European ambassador for the app and is working towards promoting Wildlife Witness in the UK and Europe to increase the awareness around both the issue of illegal wildlife trade and the existence of the app.

With an average of 4.9/5 stars on Google Play, the app has been very well received by the public with users commenting:

“It’s reassuring to know that all you need is a smartphone to report individual cases of illegal or unethical wildlife trade and activities. Make a difference one step at a time.”

Between April 2015 and March 2017, a total of 3,868 apps were downloaded on iTunes with 1,500 downloads recorded in Australia where the app was initially launched. The UK is catching up fast though with already 710 apps downloaded within a year of being promoted in the country. 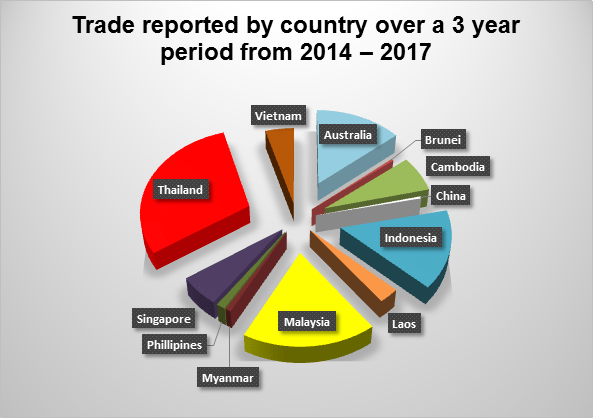 The Wildlife Witness app has been used to report potential illegal trade activities in 12 countries already with activities being mainly reported in Thailand, Malaysia and Indonesia. All these reports are helping TRAFFIC to prioritise response action, improve their understanding of illegal wildlife trade but also highlight the areas in need for increased enforcement resources.