Our last-but no means least-blog from the Assam expedition team comes from Lorraine Shuker-health and safety advisor at Chester Zoo.

Lorraine tells us more about the impact the Assam Haathi Project is having on the villagers as well as what she took from her experiences:

“Before I went on the Assam expedition my main objective was that I wanted to add value; I didn’t just want to go along and not contribute in any way.

“I know that a few of us had worries before we went over whether what we had prepared was right. I supported the business workshops, with Jamie Christon and Mike Lowe. But as well as the advice we provided around branding and labelling-we also tried to cover basic first aid in the sessions too.

“My job title (health and safety advisor) threw them a bit – our translator had difficulty explaining what health and safety was as it didn’t really exist there. When they saw ‘health’ the participants thought that they’d be able to get medical knowledge from me.

“We did cover the basics in first aid-but I kept getting asked questions-for example ‘my doctors told me I need to do such and such-what do you think?’ and we had to keep explaining we weren’t medical experts. We covered areas like: what to do if someone is choking-how to treat someone if they’re bleeding-what to do if someone is feeling faint or has a high temperature/ fever.

“We were shocked when Nandita told us that usually when someone has a high fever they wrap someone in blankets and layers-whereas in actual fact that’s probably the worst thing you could do for someone who has got heat exhaustion. So even though the information we were giving them-in terms of appropriate first aid action-was limited I’m hoping there’s still some life-saving techniques that we’ve shared.

“It really was an eye opening experience – my friends and family all asked me if I had a great time-but saying I had a great time didn’t feel right as we worked really hard and it was sometimes arduous and draining. However-it was very rewarding and worthwhile.

“On top of the workshops we were also taken out to visit a number of villages and see where the Assam Haathi Project has supported. 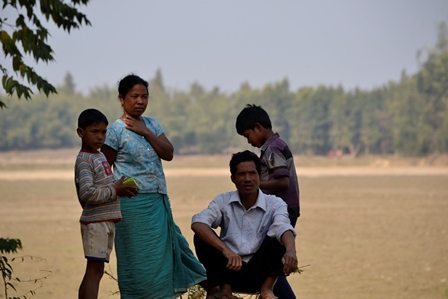 “Our first day out in the field we visited a number of villages. The first we visited was surrounded by a 16 kilometre electric fence. The villagers told us that prior to the fence going up-they couldn’t sleep at night as they were so afraid that the elephants would come into the village – which they would do regularly. This resulted in 12 people form the village dying. One villager talked about how his father had been seriously injured and when he was telling us this you could see it in his face-he was very emotional.

“It meant that they couldn’t grow anything-as their vegetable gardens would get raided by the elephants-but we were told that when the fences went up it was transforming. There was one gentleman who said ‘you are like gods to us’ which really touched us all. Of course-he didn’t mean us personally-he told us as ambassadors of Chester Zoo. It made me feel really proud to work here and be part of it.

“The villagers were so overwhelmed that we’d travelled all that way to help them. They were honoured that we cared about their lives so much that we would travel that distance and spend all that time and effort in helping them. 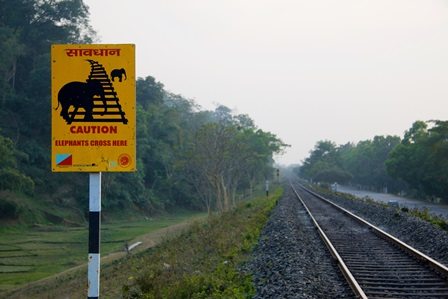 “We were also showed some of the stoves that the villagers have been building – which are made up of clay and animal dung. They build these stoves so there’s an area to light a small fire. This type of stove uses 50% wood than cooking on an open fire-as it keeps the heat in. It’s much more fuel efficient and prevents them having to rely on the forests. Some villagers can’t afford to buy a gas container to cook on therefore they are going into the forest and cutting down trees-which is constantly nibbling away at the habitat.

“By the Assam Haathi Project providing the villagers with a chimney-which is made of metal-the advantage to them is that they can direct smoke away from the rest of their home-and the advantage for elephants is that their habitat is being depleted less.

“As a result of the expedition I would like to share more about the conservation work with our visitors-and more importantly those that don’t come and visit the zoo. I don’t think people are fully aware of all the projects we support around the world. We don’t just look after the animals in the zoo-we’re doing so much around the world-so I would like to try and get that message out there.

“In Assam-they do revere the elephant. It is a really important animal in India – Ganesh-one of their gods-has the head of an elephant – and the fact that they’re in conflict with it is really distressing for them. So if you put yourself in their shoes-as much as you may love elephants-if they’re coming knocking down your house on a regular basis you eventually begin to resent their presence. We met one lady who had had her home knocked down six times in one year!

“I think the Assam Haathi Project is so important – it’s enabling people to continue having a relationship with elephants-which they must have had for thousands of years.

“Seeing the everyday work the project is doing was a real eye opener – seeing them building the relationships with the different villages-building the stoves-maintaining the electric fences-etc. It’s an accumulation of lots of different things that makes the project so successful.

“The project is actually people – it’s an accumulative effect of lots of people’s passion and effort.

“The people can sleep at night rather than live in fear. It’s all the basics – safety and security for their families. We see elephants as this magnificent creature but imagine if one was coming into your back garden-knocking down your house and stealing the food that you needed to feed your children with the next day – you would be terrified of it and could eventually become to hate them. It’s a big dangerous creature! 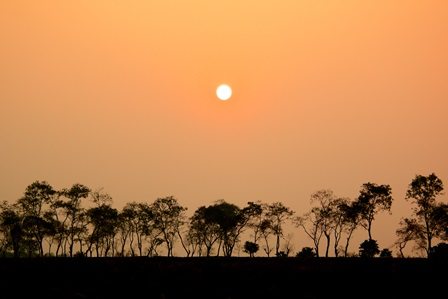 “This expedition has made me even more proud of the organisation I work for and it’s made me admire the people who work on our conservation projects-and it makes me thankful to all our visitors who come here and help us to continue the work we’re doing out in the field.”