Working in Nigeria – the early years

In June 2013 Act for Wildlife celebrated its second birthday, but Chester Zoo has been working with a variety of conservation projects all over the world for many years.

The zoo’s first involvement with conservation in Gashaka Gumti National Park began in 1994 when Gordon Reid (then Chief Curator, and later to become the zoo’s Director) teamed up with WWF to conduct fish surveys in the area. 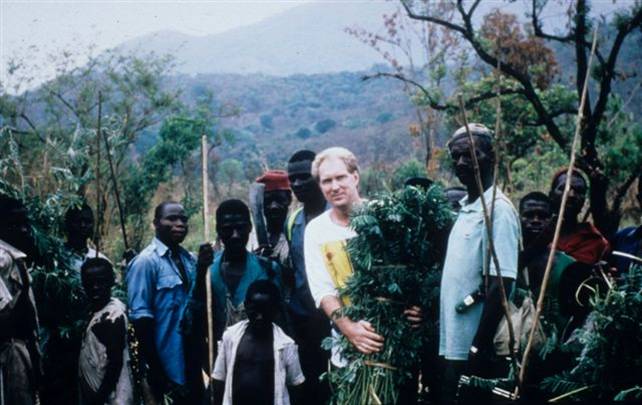 Gordon Reid on the first expedition to Nigeria in 1994

At this time WWF and the Nigerian Conservation Foundation (NCF) were the organisations working in the park and who, working alongside the government’s National Parks Service, had pioneered the early conservation work which began in the 1970s.

Gordon was followed by other zoo staff over the next few years, many studying the chimpanzees of Gashaka, but it was not until 1999 that the Gashaka Primate Project (GPP), and the major involvement of Chester Zoo and Volker Sommer (of University College London and founder of the GPP), began.

Scott Wilson is the latest member of the zoo staff to become involved in our conservation work in Nigeria. Last year we brought you a video of his trip to see Chimpanzees in Gashaka. On his latest visit Scott called in to the National Park Service offices in Gashaka and was pleased to find early fish samples, from the embryonic days of the project, still surviving – nearly 20 years on!