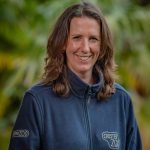 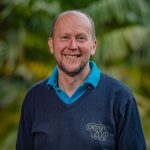 The island nation of Madagascar is home to a treasure trove of endemic wild species, found nowhere else on Earth. But it’s natural landscape is threatened by the pressure of habitat loss. Destructive ‘slash and burn’ forest clearance, known as ‘tavy’, is a symptom of poor economic opportunity and the ever-increasing demand for land, food and timber.

In the face of these challenges, the Mangabe-Ranomena-Sahasarotra protected area (Mangabe), was created in 2015 to safeguard wildlife and create prosperity for it’s people through sustainable management of the forest area. Since then, we’ve been working alongside fellow NGO (non-governmental organisation), Madagasikara Voakajy, to achieve these goals.

Mangabe’s precious endemics include threatened lemur species such as the indri, diademed sifaka and aye-aye, the critically endangered Pronk’s day gecko, and the golden mantella frog, an amphibian whose known range is only 100 square kilometres. Madagasikara Voakajy’s wildlife monitoring programmes are continuing to establish population numbers and distributions for these little understood species, and track their change over time in relation to conservation efforts. An innovative capture-mark-recapture technique developed by the zoo’s Lower Vertebrate & Invertebrate Team, involving UV responsive implants for amphibians, is just one method to help monitor the population of the golden mantella frog, and has been a key player in our conservation efforts in Madagascar.

The active involvement of communities living within a conservation area, is paramount to its success. That’s why we’re striving towards total community-led management of the Mangabe area by 2040, establishing a patrol system that will empower communities of Mangabe, to take the prevention of illegal mining and logging activity, into their own hands.

One community-led project we support which is already making an impact, is the ‘Youth for Lemurs’ programme,  which empowers you and passionate Malagasy conservationists to become the guardians of their home. They have delivered more than 300 awareness sessions to 3,000 people, stressing the importance of lemur conservation, whilst educating communities on the skills needed to carry out conservation in their area – an incredible effort that continues today.

These community-focused approaches, in the long-term, will ensure the wild landscape of Madagascar thrives, surviving the devastating effects of deforestation and unsustainable industry methods.

Alongside our work in Mangabe, we’ve partnered with the Madagascar Fauna & Flora Group and the Missouri Botanical Gardens to establish species in the ‘Parc Ivoloina’, a precious reserve amongst the deforested landscape. Working collaboratively, we’re rescuing newly discovered plants from disappearing forest fragments, whilst learning from local conservationists, to better understand the plants’ life cycle. Alongside conservation of the park’s flora, we’re reducing the spread of the invasive Asian common toad amongst the Parc Ivoloina landscape, a species that is highly poisonous to native Malagasy predators and a competitor for Ivoloina’s numerous endemic amphibian species.

EAZA institutions (European Association of Zoos and Aquaria) and their partners, are embarking on a 5-year plan to boost ex-situ (in zoo) breeding programmes, such as ours, to help better understand the threats facing the critically endangered harlequin mantella frog – found in the rainforests of Madagascar. Work is also beginning in-situ (in the wild) to improve alternative livelihood options, in an effort to reduce forest clearing and artisanal mining – two destructive methods which has pushed the harlequin mantella frog to the brink of extinction.

Save the lemurs
Harlequin Mantella Frog Project
The latest from