Spanning 741 square kilometres with spectacular views of the stunning Mount Kilimanjaro is one of Kenya’s most beautiful National Parks, Chyulu Hills which sits within the Amboseli ecosystem. The Amboseli ecosystem spreads across the border of Kenya and Tanzania with many Maasai living on community owned land between the four National Parks within the ecosystem, many beautiful animals including elephants, giraffes, cheetahs and lions. 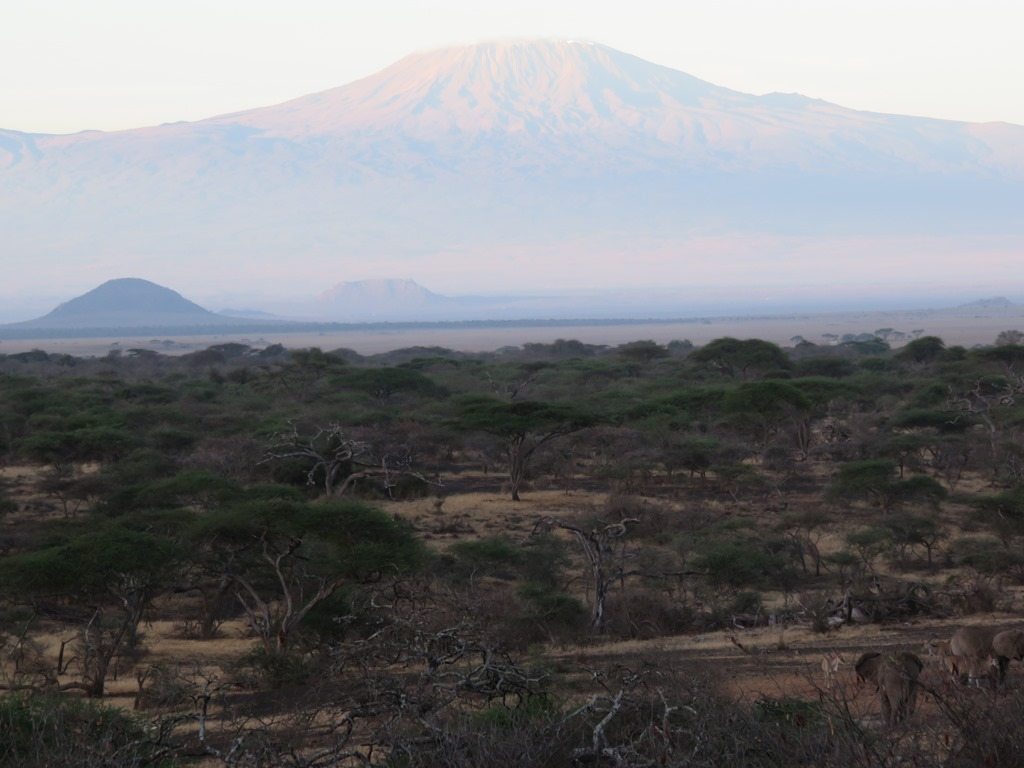 Over the past six years we’ve been working with Big Life Foundation to help them protect predators such as lions and hyenas throughout the Amboseli ecosystem. A large part of this protection requires Big Life to tackle human-animal conflict within the Maasai community. Big Life is working with local communities on a range of initiatives such as a predator protection programme and the Maasai Olympics to reduce the number of lion killings across the Amboseli.

What is Big Life Foundation doing to try and stop people killing predators?

“One thing we’ve done is start a predator protection programme in the Amboseli. Back in 2003, the lion population had been declining across the Amboseli ecosystem, due to retaliation killings from the Maasai warriors.

“The Maasai community, like any other community are affected by commercial and economic losses so if they are losing their only source of livelihood – the cows – to predators, they will kill them. The Maasai elders came to us with a possible solution to the problem after we asked them what would make them stop. They suggested that if we could pay them for their cows that were being killed by lions, then they could try and stop the warriors from spearing or poisoning lions. The programme has been very successful and just months after it started we found a sharp decline in lion killing. 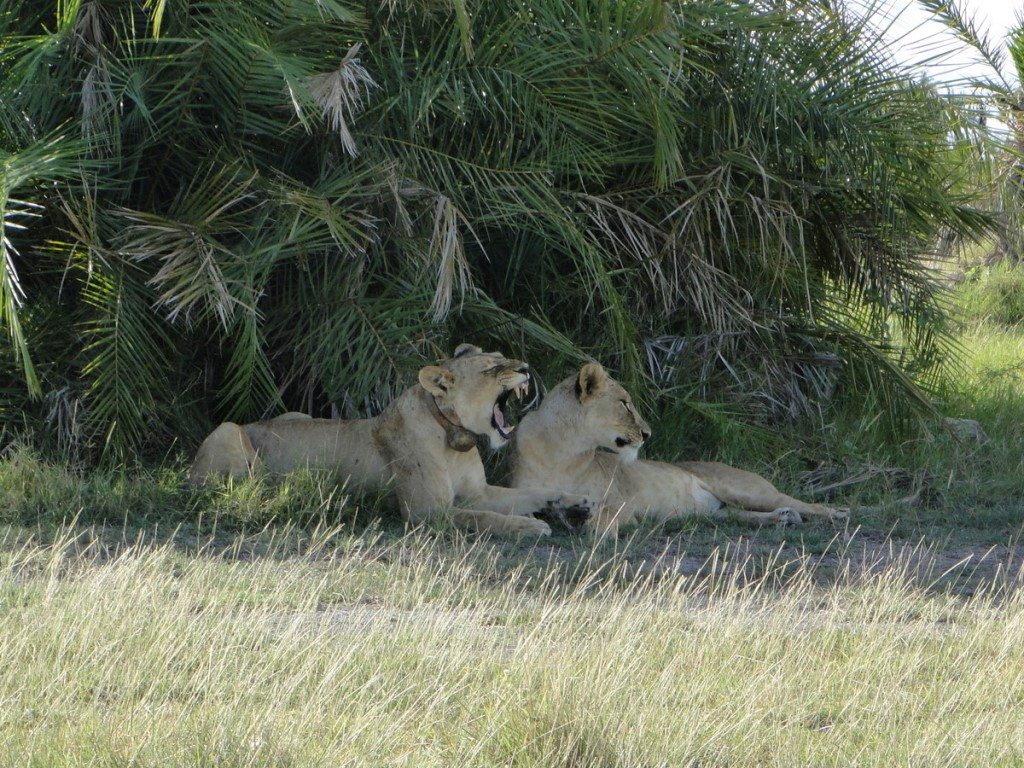 How important are the Maasai and the local village people in helping you to protect wildlife?

“The relationship between the Maasai community and Big Life Foundation is very good. We’ve let the community come to us and tell us how they want the programmes to be run and we’ve also put people from the Maasai community in charge. For example with one of our programmes we have an advisory board from the community. They take care of the governing, enforcing the rules and bringing the people in who may have killed lions, with Big Life Foundation playing a relatively small management role on the board.

Can you tell me a little bit about the Maasai Olympics and how it fits in with all the work of Big Life Foundation?

“We started the Olympics back in 2012 after we were approached by the Maasai elders, who realised that lions were still being killed due to a Maasai rite of passage. Their culture demands that every warrior in his lifetime should try to kill a lion, so they can show that they are brave, strong and most importantly so they can win girlfriends. After several meetings of negotiation they suggested we could find a way of making the young warriors very active and thus diverting their attention from lion killing. After looking around and observing other things that are happening around the world, we realised the only way we could keep them busy is through sport and as the Maasai are known to be very good at running, jumping and throwing spears, we decided to host our very own Maasai Olympics.

“Our first Maasai Olympics was held in 2012, just months after the Maasai, David Rudisha, won gold in 800m at the London Olympics! This was perfect and he kindly became our patron. The games were held at the base of Mount Kilimanjaro and featured individual athletic events – based on traditional warrior skills – such as 200m sprint, spear throwing and high jump. They were a great combination of conservation, culture and sport.” 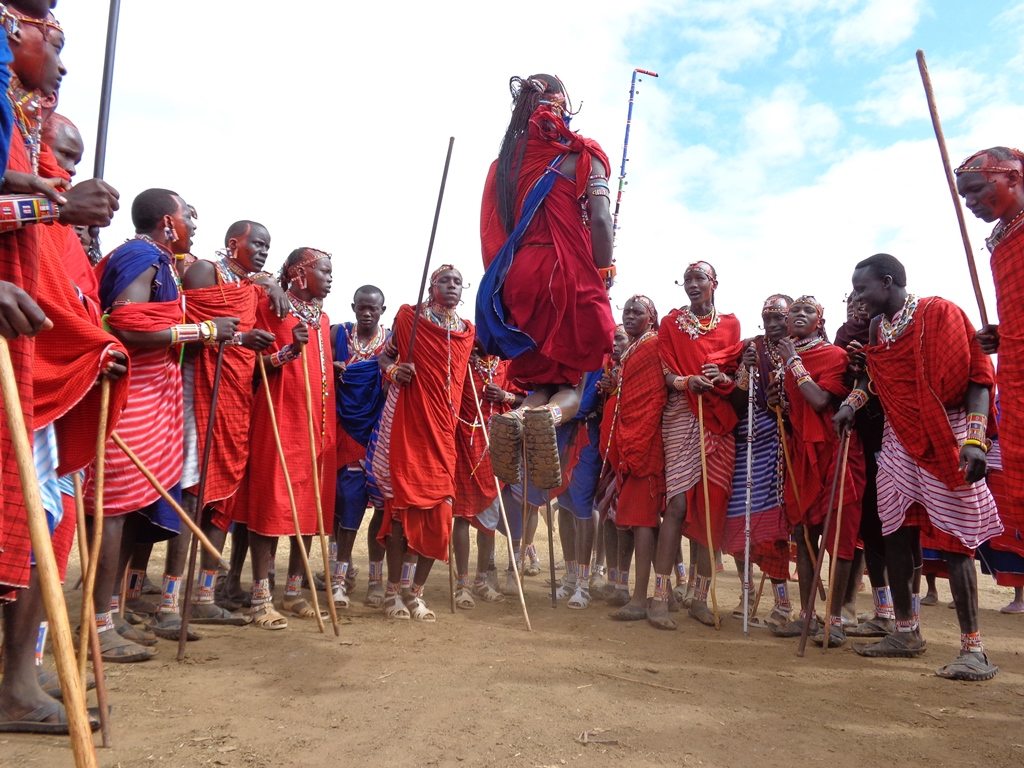 The Maasai Olympics is the culmination of a two year cycle of conservation education meetings. These education meetings encourage discussions on the importance of wildlife, specifically lions, and emphasise the benefits wildlife can bring. The combination of education, competition and compensation could be the winning formula for predator protection. The goal for the Big Life Foundation was to reduce lion killing to a sustainable level, which the compensation scheme and Maasai Olympics, in combination, have achieved.

For the third time Chester Zoo will be the main sponsor of the Maasai Olympics which are being held in December. Keep an eye on our blog for more updates from the games.