It is our mission to Act for Wildlife and be a major force in conserving biodiversity worldwide. We wouldn’t be able to do this without people – it’s a combination of our field conservation, conservation science, research, conservation breeding, animal welfare and education teams who together protect endangered wildlife.

All staff at Chester Zoo are dedicated to protecting biodiversity and fighting to save species from extinction; whether it’s within the zoo, in the UK or overseas. Most of the species at Chester Zoo are part of conservation breeding programme. These programmes help to manage animals between different zoos as self-sustaining populations which is vital for those species that are on the brink of extinction in the wild. It provides an “insurance” population.

The black rhino is a charismatic species which, devastatingly, is threatened with extinction due to severe poaching pressures (read more about the work we’re doing to protect rhinos from this serious threat). It’s at risk of following in the footsteps of the western subspecies which is almost certainly extinct.

One of the challenges those managing the numbers  for the insurance populations face is ‘how do we get them to breed?’

The black rhino (Diceros bicornis) showcases the delicate nature of conservation; as a steady increase in wild numbers over the last 20 years is threatened to reverse due to an increase in poaching across Africa. With wild populations under increasing pressure, ex-situ populations play a vital role as a genetic reserve for their wild relatives.

But for population managers to maximize the contribution of zoo animals towards species conservation, it is important that populations are self-sustaining and that the genetic diversity representative of the wild population is maintained.

In the case of the eastern black rhino, although some rhinos breed well, a high proportion never produce offspring, limiting the genetic diversity that can be passed onto the next generation.

Scientists from Chester Zoo, The University of Manchester and The University of Liverpool, assessed the reproductive performance of the European zoo population of eastern black rhinos, to identify where improvements could be made.

Dr. Katie Edwards, who conducted the research as part of her doctoral research  told us:

“The results highlighted that although the zoo population is growing, at a rate of only 1-2% per year, it is not increasing at the rate required to reach its conservation goals.

“Females start to breed later, wait a longer time before the birth of their next calf, and a lower proportion of females breed each year – this all leads to reduced birth rates.

“This supports what we already suspected, that the main factor limiting the growth rate of this population is that some rhinos just never breed – actually around 40% of the population, and this could have major consequences for long-term genetic diversity too.

“It is obviously important to get babies on the ground, but equally so to ensure that we are providing opportunities for all individuals to breed, so that the genetic diversity we started with in our founder population is properly maintained into future generations.

“Population managers typically base breeding recommendations on maximizing genetic diversity, but getting those chosen individuals to breed is not always as easy as it seems.

“Our biggest challenge is to understand why some rhinos perform better than others, only then can we provide the necessary conditions for all individuals to thrive.”

“We were fortunate to collaborate with Kenya Wildlife Service (a project we regularly work with on our rhino field conservation programme) on this work, which allowed us to compare our rhinos’ performance with that of managed in-situ populations – it showed us where there was realistic room for improvement” 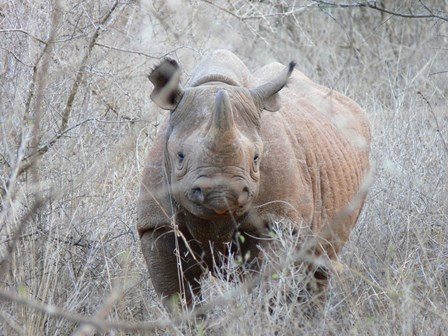 A collaborator on the research, Dr. Susanne Shultz from The University of Manchester adds:

“This sort of analysis is essential to population management, as it not only tells us how well the population is being managed, but also tells us where improvements can be made, allowing us to focus our efforts in the most beneficial areas.”

Thanks to the combined efforts of animal managers, researchers, nutritionists and keeping staff at the zoos involved in this study, the European population has seen an increase in birth rates in recent years – which is great news!

An investigation into the differences between successful and unsuccessful breeders has also begun.

This study highlights the need for a scientific approach towards population management to understand the requirements of the species in human care – not just with the black rhino but with many endangered species conservation breeding programs.

The research has been published in the journal Biodiversity and Conservation, and is available online here more about Chester Zoo’s black rhino research can be found here. 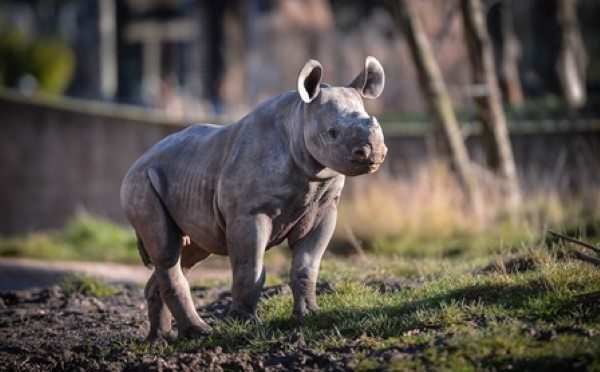 Donate to our rhino project and 100% of your money will be used to help save black rhinos in the wild.