Their long, sticky tongue helps them catch prey like ants, beetles and flies

They’re the most toxic species of frog in the world

Females are bigger than males 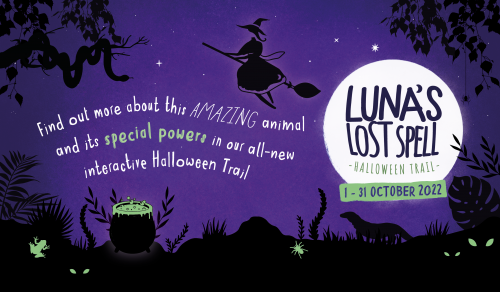 This tiny creature is the most poisonous frog in the world!

The herpetologist that discovered the species in 1978 named them terribilis specifically to warn others against the terrible nature of the poison the frog produces in its skin.

They get their toxins from ants that they eat, and scientists think that the ants might get the poison from plants. Their bright colours warn predators that they’re dangerous to eat, which helps to keep them safe.

“Dart frogs” got their name because their poison is used on blow darts in traditional hunting. Most poison dart frogs aren’t used for this reason, but the golden poison frog is one of the minority that are, along with two other closely related frogs. The term “poison dart frog” has since been used generically to describe a large family of closely related colourful frogs.

Come and see the golden poison dart frog, as well as our other tropical frogs at the zoo!

The Tropical Realm is one of our indoor habitats that’s home to hundreds of animals… from reptiles, amphibians and free-flight birds. It’s the perfect place to try and spot all our vibrant tropical frogs.