Our Journey to Mexico 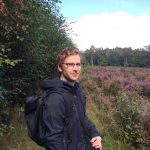 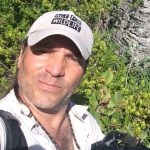 Locally known as the ‘achoque’, the Lake Pátzcuaro salamander (Ambystoma dumerilii) is an amphibian that lives its entire life in freshwater. Growing up to a foot long and with gills that flare out when submersed, this rare species of salamander is critically endangered.

Estimates suggest there are fewer than 100 individuals left in Lake Pátzcuaro, the third largest lake in Mexico and the only place in the world where the species is found in the wild. It could be extinct in the next 20-30 years.

Chester Zoo and its expert herpetologists, Michoacán University of Saint Nicholas of Hidalgo, a Mexican government fisheries centre, local communities and a convent of nuns (Patzcuaro’s Dominican Convent) joined forces in an international conservation effort to save the species. Combining conservation breeding to protect declining numbers, through sustained and genetically viable populations, the restoration of freshwater landscapes in Mexico and education and community engagement work, this unlikely, but wonderful partnership, is giving the salamander new hope in its fight for survival – a unique example of our ‘one-plan’ approach to conservation, can be key to preventing extinction.

Mexico has long been a focus of Chester Zoo’s work with highly threatened freshwater species. Alongside our partners, the Mexico Fish Ark (Michoacán University’s aquatic biology lab) is providing a vital lifeline to 39 species of endemic fish, some of which have already been declared ‘extinct in the wild’ and now remain only in conservation breeding facilities.

One such fish, the tequila splitfin (Zoogoneticus tequila), a small species of goodeid fish which grows to no bigger than 70mm long, disappeared from the wild completely in 2003 due to the introduction of invasive, exotic fish species and water pollution. However, we have successfully helped it to stage a revival, through a careful reintroduction of individuals from the Fish Ark populations to suitable, restored sites within its historic range in the Teuchitlán River in the state of Jalisco, in south west Mexico.

This is the first time a fish, listed by the IUCN as ‘extinct in the wild,’ has ever been successfully reintroduced in Mexico – a real landmark for conservation and a blueprint for the future conservation of the many fish species in the country, that are threatened or even extinct in the wild, but rarely grab much attention from the wider public.

READ MORE OF OUR RESEARCH

Chester Zoo is helping to save Rare Mexican salamanders

CONTINUING TO MAKE A SPLASH IN MEXICO

Saving the world’s rarest species from extinction with cryopreservation