The project carries out road surveys to register the number of giant anteater victims of road incidents and also giant anteater expeditions, where individuals are measured and equipped with GPS harnesses. This allows the team to collect vital data on their distribution and assess the risk associated with the nearby highway. 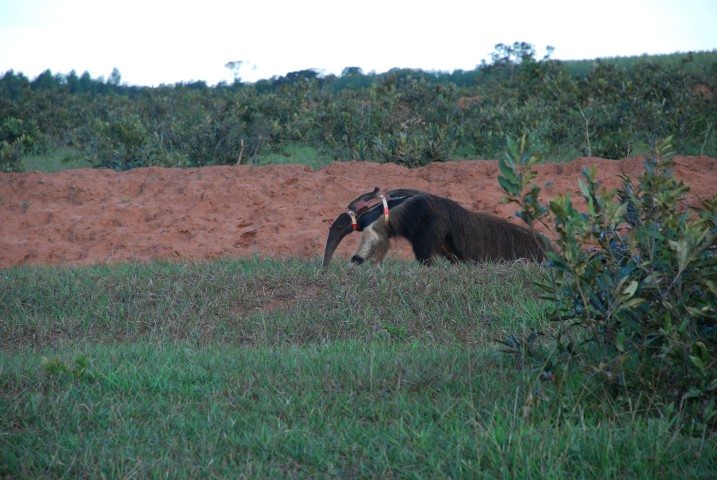 The first giant anteater to receive a GPS collar

Since its start in mid-January, the road-kill study surveyed a total of 13,985km and recorded a staggering number of 1,242 dead animals! That’s equivalent to one dead animal every 11km surveyed! Six-banded armadillos, giant anteaters and Southern tamanduas were among the most killed with respectively 171,131 and 75 individuals counted.

But it’s not all doom and gloom! The various expeditions were very successful with a total of 19 giant anteaters captured. Reflective tape was glued to the GPS collars with the hope that it would increase their chances of survival if and when they cross the highway. The goal for 2018 is to catch 20 more anteaters in a new study area.

To honour our long term partnership, the Anteaters and Highways team decided to name one of the males they captured, Chester. Chester is 29kgs and was caught only 500 metres away from the highway. In the past few weeks Chester has crossed the highway safely, providing valuable information on when and how a giant anteater cross roads. 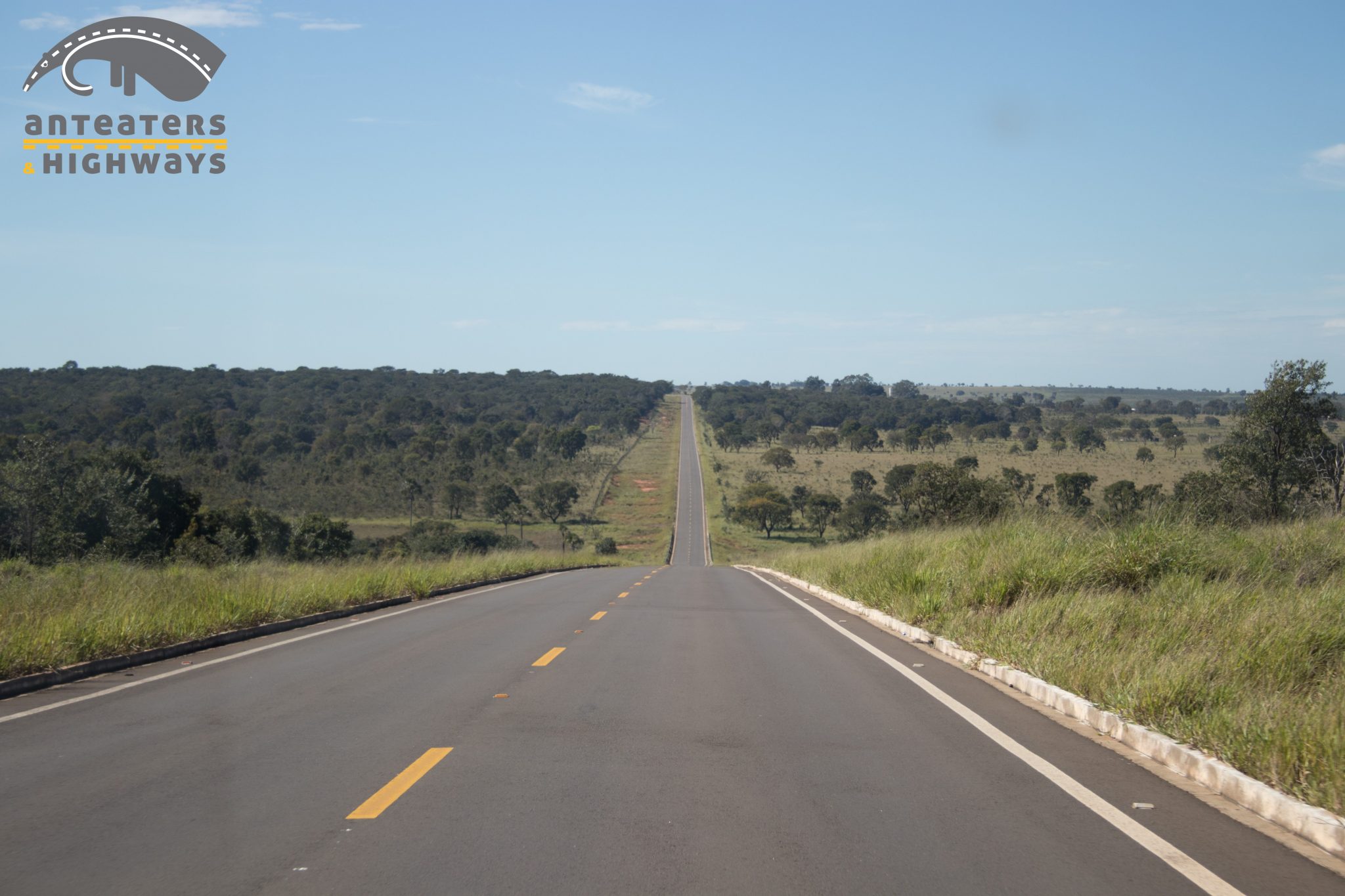 The team have also started a camera trap grid to estimate the density of giant anteaters near and far from roads. Data collected by this activity will be valuable throughout the species distribution.

We’re also excited to share that one of the female giant anteaters the team have been monitoring gave birth. This female, called Bumpus, lives about 3km from the highway. She has never crossed the road; she and her baby should be safe. Five of the other individuals are crossing the highway frequently, which is a major cause for concern.  The team will continue to carry out surveys of highways with the support of local volunteers and students.

Other research objectives of the Anteaters and Highways Project are also progressing well. PhD student Mari Catapani has recently finished her first round of interviews with truck drivers to try and gain an understanding of their perceptions regarding roadkill, in particular giant anteaters. This will support in the development of mitigation strategies. There are many negative superstitions regarding giant anteaters too. 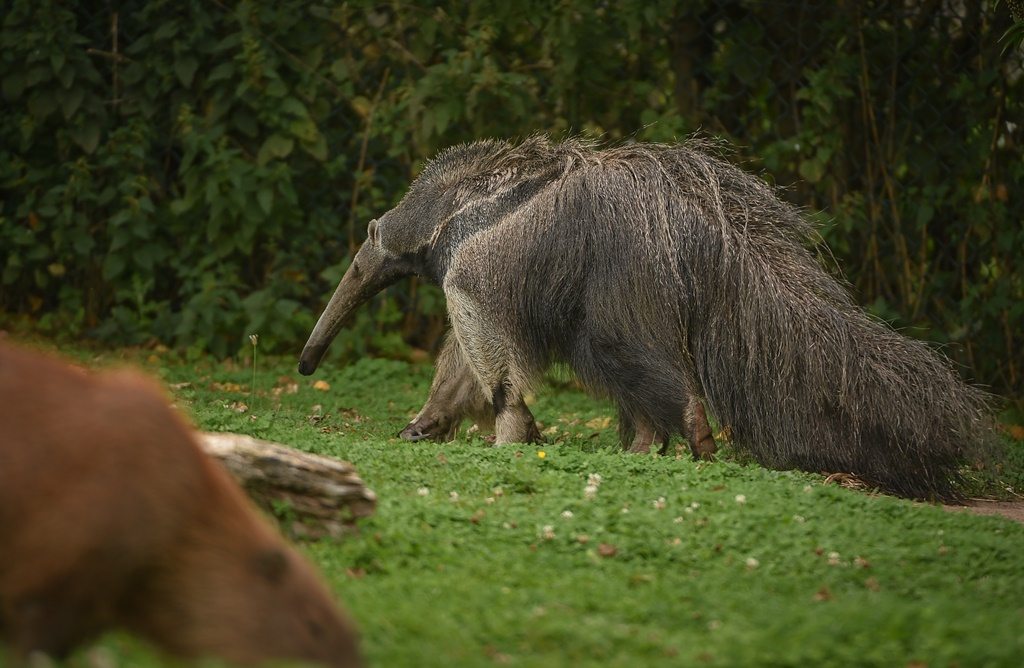 Vinicius  Albereci will also be starting a PhD field work with the Anteater and Highways project, evaluating impacts of roads using camera traps and occupancy models. Vinicius has been awarded the new Nat Geo Photo Ark  Edge fellowship from our colleagues at ZSL to help conduct this work. This is very exciting and will be huge help to the Anteaters and Highways Project.

Watch this space for more updates from the project as it continues to progress and develop further in order to protect the giant anteater from extinction. Read more about the project, here >