On July 14 1960, Dr Jane Goodall stepped foot for the first time in what is now known as Gombe Stream National Park, Tanzania, to study wild chimpanzees.  Her ground-breaking research put the spotlights on the species and their remarkable abilities, such as toolmaking.

However, our closest cousins are now facing serious threats and are listed as Endangered on the IUCN Red List of Threatened Species.  With only 350,000 chimpanzees left in the wild compared to 1-2 million 100 years ago, protecting the species from habitat loss and the illegal wildlife trade is critical.

“World Chimpanzee Day is something to celebrate! Humans have learned so much from studies of chimpanzees over the past 200 years: from increasing our understanding of our own evolutionary past to helping us advance manned space travel.

“Also, they possess astounding levels of intelligence, complex individual personalities, and rich and diverse regional cultures including tool use. Put simply, chimpanzees are absolutely amazing animals!  I am proud and humbled to state that I am 99% chimpanzee.” 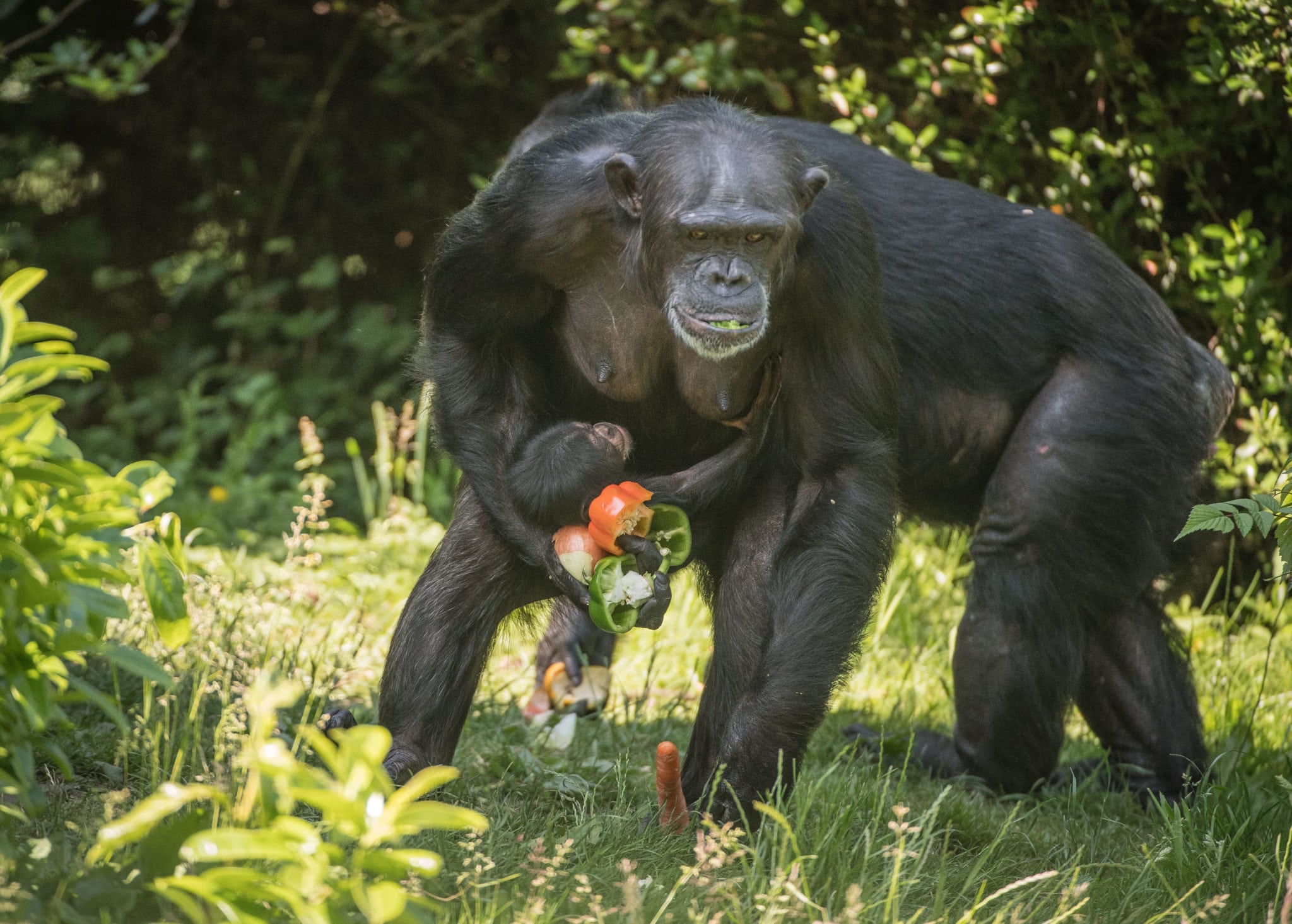 We are acting in four different countries to conserve chimpanzees and their habitat and are putting the spotlights on those projects today to celebrate World Chimpanzee Day.

Gashaka Gumti National Park (GGNP) is home to the endangered Elliot’s (or Nigeria-Cameroon) chimpanzee, the rarest of all chimpanzee subspecies. It’s believed to support one of the largest remaining populations, making it a high priority for the species’ survival. We have been supporting the protection of Gashaka Gumti National Park since 1994 carrying out the first surveys of the chimpanzee and working with the Nigerian Park Service and local communities.  Since 2016 we’ve been leading vital conservation research in Gashaka. Since 2016, the team has carried out approximately 650km of exploratory surveys including monthly monitoring of chimpanzee populations and camera trapping in the rugged southern sector of the park.

We have also provided support to the Nigerian Montane Forest Project (NMFP) for over a decade.  Based in Ngel Nyaki Forest reserve in the south-east of Nigeria, the NMFP team has conducted various research projects on an isolated population of Elliot’s chimpanzee, increasing knowledge of their ecology and nesting behaviour. 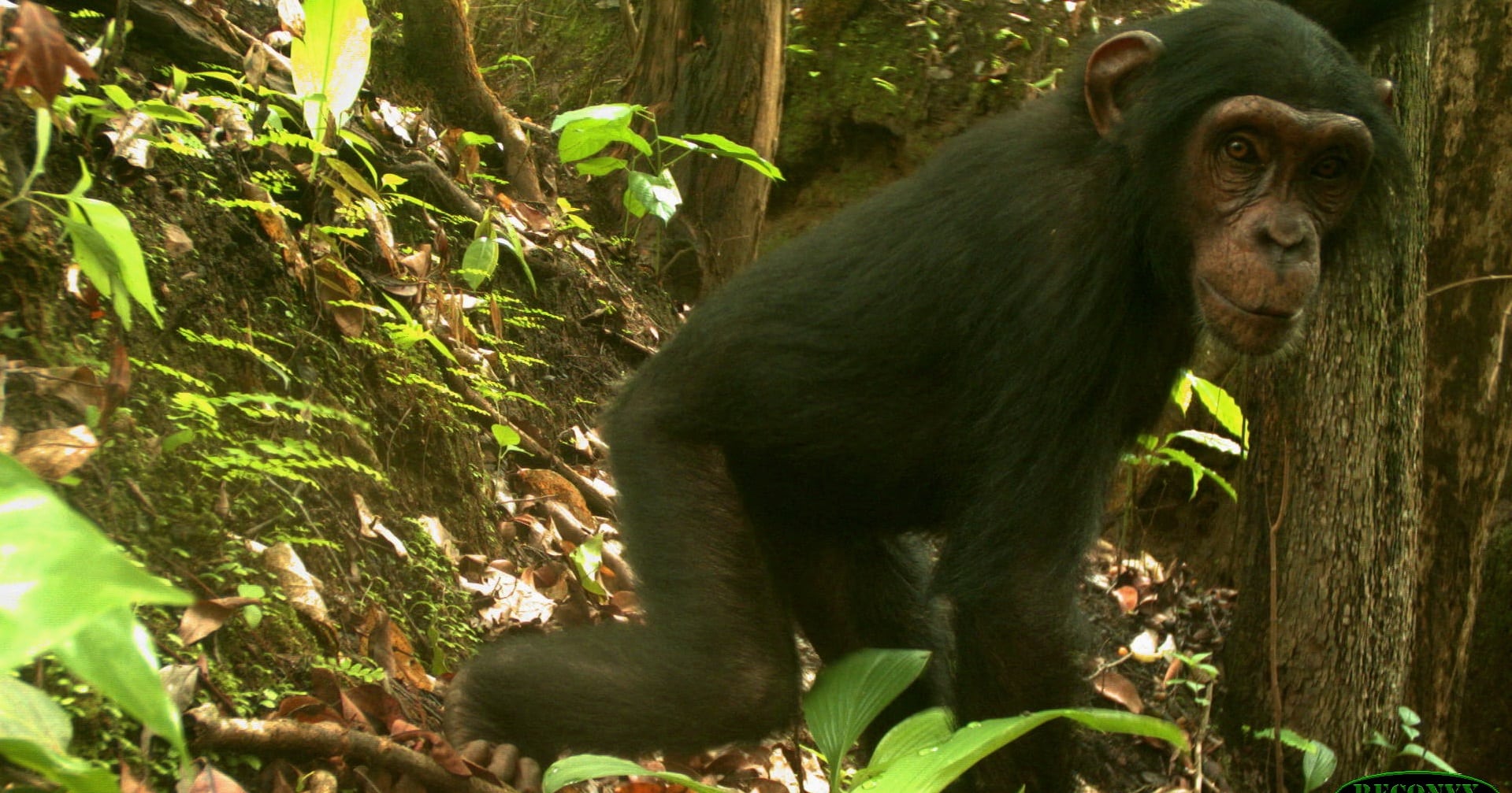 We are now involved in an exciting brand new project in the Loango coastal forest region of south western Gabon, an area often referred to as Africa’s last Eden.  In addition to being one of the last remaining strongholds of the western lowland gorilla, the region is also known to host populations of the central chimpanzee subspecies.

We are working in partnership with the Fernan-Vaz Gorilla Project to establish baseline data on the occurrence, distribution and density of chimpanzees and gorillas, as well as other threatened species, in a large, intact rainforest block north of the Loango National Park.  The data collected will ultimately provide crucial information that could lead to the development of innovative conservation actions.

The eastern Democratic Republic of Congo is believed to support one the largest populations of chimpanzees remaining anywhere in Africa.  It is thought to support up to 75,000 eastern chimpanzees in some of the continent’s most remote rainforests. The majority of surviving chimpanzees in DRC occurs outside of formerly protected areas where they are heavily threatened by bushmeat hunting and habitat loss.

Our efforts are focussed on supporting community-based monitoring and mapping of priority populations of chimpanzees, gorillas and okapi in this vast landscape. Chester Zoo experts have played a key role in developing IUCN action plans and innovative survey methods for great apes in this region.

In Uganda, we recently completed the camera trap based surveys of the Semuliki National Park capturing images of the parks eastern chimpanzee population and assessing its distribution, numbers and threats to its survival.

In addition, since 2010 we’ve been supporting the New Nature Foundation (NNF) outside of the Kibale National Park, on their mission to conserve wild animals and their habitats through education and empowerment of local communities. To reduce the local reliance on forest woods, NNF has developed efficient stoves and biomass briquettes and distributed these widely in the surrounding communities protecting almost 2000 tonnes of rainforest trees from being cut down each year! 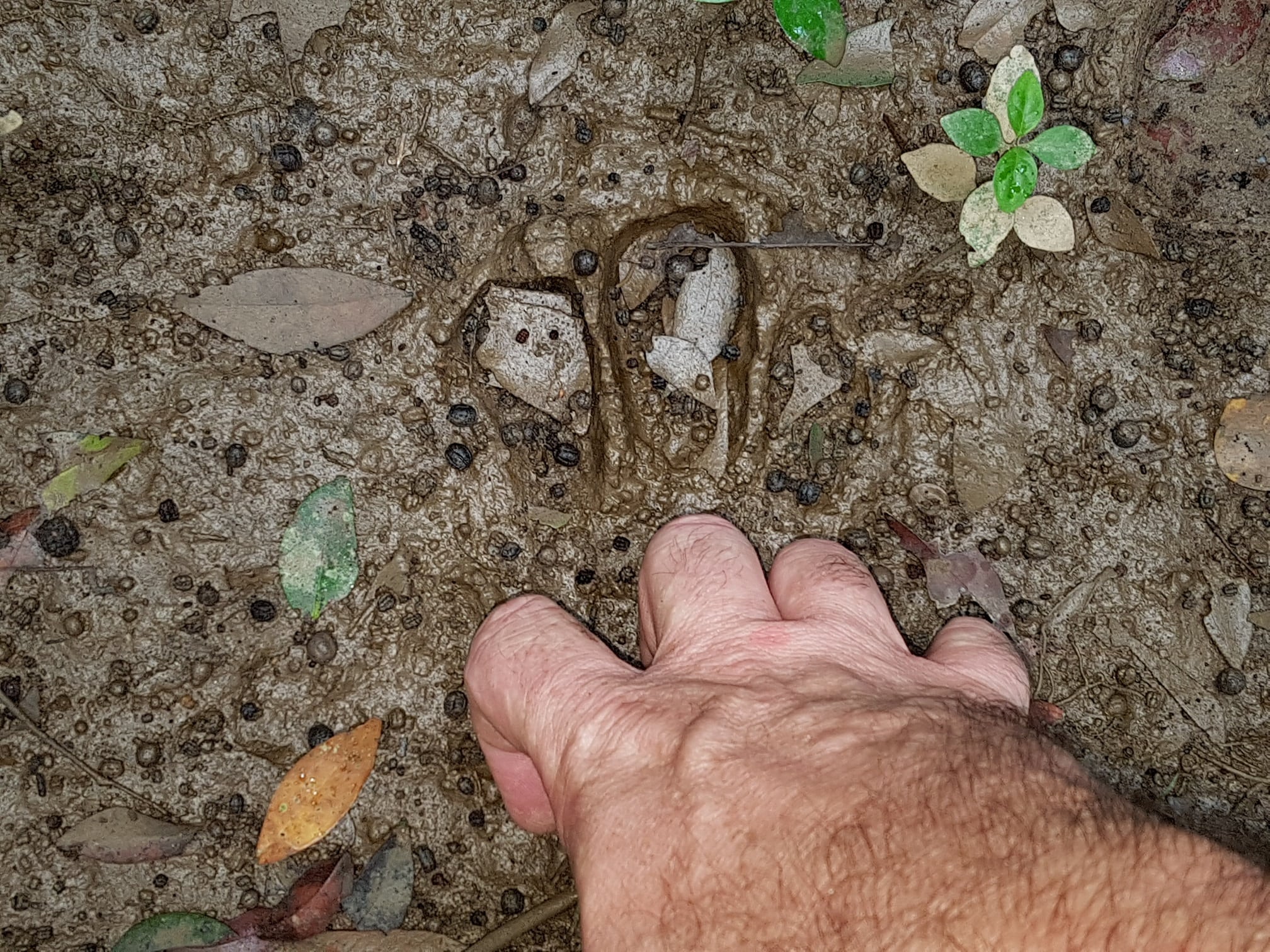